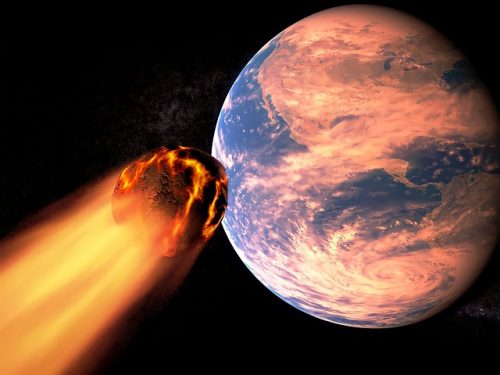 According to NASA’s Center for Near Earth Object Studies (CNEOS), a massive asteroid four times the size of the Empire State Building will make a near encounter with Earth on May 27.

Is There Anything To Worry About?

No, the asteroid termed 7335 (1989 JA), will pass Earth by at a distance of around 2.5 million miles (4 million kilometers), or about ten times the usual distance between Earth and the Moon.

Despite the asteroid’s massive size (1.1 miles or 1.8 kilometers in diameter) and close proximity to Earth, NASA has classified it as “possibly dangerous,” indicating it might cause massive harm to our planet if its orbit changes and it collides with earth.

What Is The Speed Of The Asteroid?

When Will This Asteroid Return Again?

The asteroid won’t make another near flyby until June 23, 2055, when it’ll orbit afar than this one. pass within 70 times the distance between Earth and the Moon.

Is This Asteroid Classified As A Near Earth Object (NEO)?

This asteroid is one of over 29,000 near-Earth objects (NEOs) tracked by NASA each year. According to NASA, a NEO is any celestial object that travels within 30 million miles (48 million kilometers) of Earth’s orbit.

The majority of these objects are extremely small; 7335 (1989 JA) is bigger than 99 percent of the NEOs NASA monitors, according to NASA.

The asteroid 7335 (1989 JA) belongs to the Apollo-class of asteroids, which are asteroids that orbit the sun while periodically crossing Earth’s orbit. There are over 15,000 such asteroids known to astronomers.

Related: Why is Nasa smashing a spacecraft into an asteroid with the Dart mission?

Why Are NEO On NASA’s Watch?

NASA keeps a careful eye on NEOs like this one and just launched a mission to see if potentially dangerous asteroids could be diverted from colliding with Earth in the future.

NASA launched the Double Asteroid Redirection Test (DART) mission in November 2021, and in autumn 2022, it will smash head-on with the 525-foot-wide (160-meter) Dimorphous asteroid