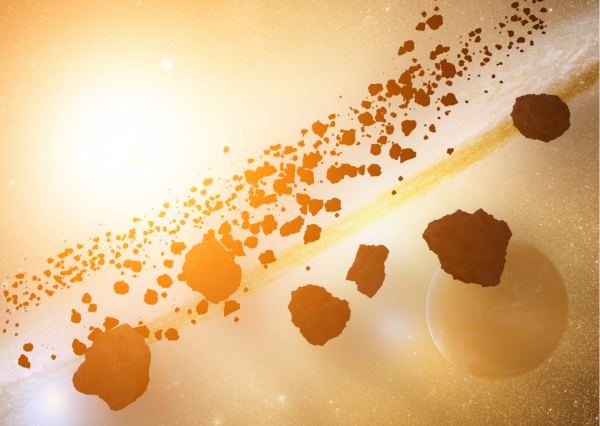 The asteroids discovered are the biggest asteroids to be ever discovered and astronomers are trying their ways in the best manner to trace out their origin.

According to the head astronomer of the study, “Out of all the asteroids discovered, only three asteroids in the main-belt (“Ceres”, “Vesta” and “Lutetia”) were imaged with high precision and a high degree of accuracy. This however does not mean that the images of other asteroids obtained were very poor and could not be observed.

The images of other asteroids (apart from “Ceres”, “Vesta” and “Lutetia”) were also crystal clear and highly observable.The team while analyzing the images of asteroids found that 20 of them have a diameter greater than 200 km.

While the two asteroids (namely “Ceres” and “Vesta”) were the largest among all having diameters of 940 km and 520 km respectively. The team also probed and found the two smallest stones “Urania” and “Ausonia” which were only about 90 km in diameter.

The astronomers while probing the asteroids found an elongated dog-bone-shaped asteroid which they named “Kleopatra”. The asteroid also got huge appreciation, became famous for its dog-bone structure, and got the name after the Egyptian Queen “Kleopatra”.

This bone-shaped asteroid however was discovered 20 years ago using radar observations, however, the ESO’s VLT (European Southern Observatory’s Very Large Telescope) had made it possible to reconstruct its high definition 3D image with great accuracy and carry out all the research in an easy manner.

The researches carried out has unleashed many new things and also helped the scientists know the reason for the formation of the asteroids and the two moons orbiting around them.

Densities Of The Asteroids

With the discovery of the 42 asteroids in space, the scientists are looking to get into each and every minute detail associated with the asteroids and discover more asteroids in the belt further. The “Extremely Large Telescope (ELT)” under construction in Chile will help them to analyze the objects having diameters between 35-80 km range.

Thus, much is awaited in the coming decade, and with many discoveries and investigations coming up next, who knows! We are going to witness a huge positive change in space science.