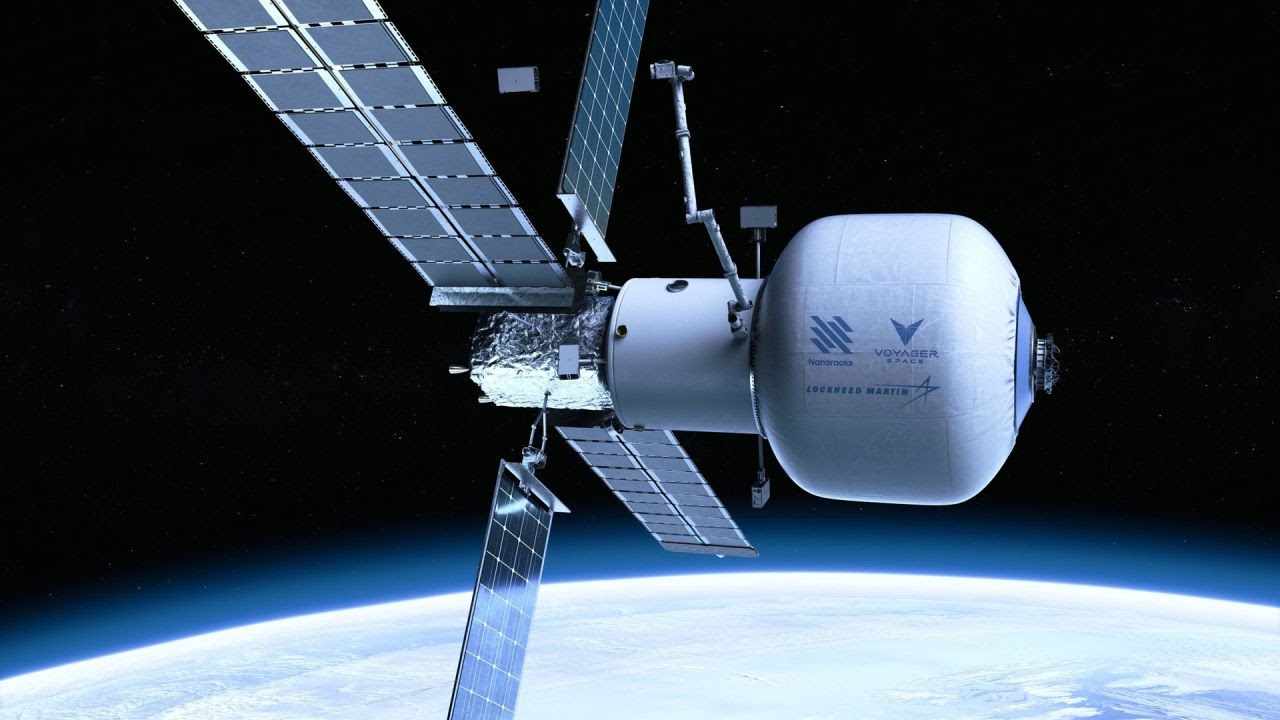 Over the past few decades, we are witnessing the rise in Space technology. The good news has just knocked on the door for all of us on 21 Oct 2021 and it’s a moment to celebrate as Nanoracks, Voyager Space, and Lockheed Martin have announced to launch a private space station for carrying out all astronomical based research by 2027.

Where did the idea of a new Space station come from, and the goals that are to be reached with ‘Starlab’ will be discussed in this article.

As announced by Nanoracks, Voyager Space, and Lockheed Martin on Oct. 21 about their planned space station according to various authentic News sources, it is obvious that the main agencies behind Starlab are these three.

While Nanoracks is the main head behind the plan, Lockheed Martin will involve in the construction and operation of Starlab, and Voyager space will look after financial investment.

As informed by Nanoracks, “Starlab” will be approx. 17 meters in Length with an inflatable habitat of around 26 feet diameter.The Space ship is designed in such a way that it can hold four (4) astronomers easily on it for space research and training purposes.

“Starlab” is the third proposed spaceship plan till date after the two other planned space station launches by ‘Axiom Space Inc.’ and ‘Sierra Space’. A few years back, NASA gave permission for the launch of Private space stations into the Lower Earth Orbit (LEO).

The ‘Starlab’ to get launched in 2027 will serve the private companies and various missions related to space of the U.S. Government.

As said by the three space companies (Nanoracks, Voyager Space, and Lockheed Martin), the main aim/goals of the Space station (Starlab) will be to meet U.S. Government space demands, demands of the International Space Station (ISS), and various other commercial needs in space. This also will serve as a research and training hub for astronauts.

The U.S. Government has started the commercial Low-Earth Destination (CLD) to fund the establishment of Private Jet stations and to boom the commercial real estate market in LEO.

According to NASA, more than 50 companies have shown interest in the commercial Low-Earth Destination program (CLD) which includes giants with a big name in space Organisations like SpaceX, Blue Origin, Virgin Galactic Holding Incs. etc.

The launch of ‘Starlab’ will serve help to various space missions by U.S. Government and International Space Station (ISS). Other space companies are also looking for the same (as the Private Space stations have been allowed by NASA too to increase more research and also boost the real estate market in LEO)However, we will see many competitors in the near time.

“Axiom Space Inc.” is looking to launch its project in 2024 and has already been granted permission by NASA to begin its project.

What is going to happen in the next coming years and what we will witness is still a question mark. Only time could tell us. Until then, we just have to wait for the upcoming years in the space revolution.

Q- Which are the three main private space Organisations planning to launch the space station ‘Starlab’ in 2027?

Ans: Nanoracks, Voyager Space, and Lockheed Martin are the three Space Organisations that planned to launch the Space Station ‘Starlab’ in 2027. While Nanoracks is the main head behind the plan, Lockheed Martin will involve in the construction and operation of Starlab, and Voyager space will look after financial investment.

Q- What are the main goals that “Starlab” is looking to achieve?

Ans: The “Starlab” is typically designed to meet various astronomical research demands and to meet various demands of the U.S. Government and International Space Station. It also aims to help the astronauts to conduct various research-based space-training programs

Q- What are the dimensions of Starlab?

Ans: Having a built length of around 17 meters and an inflatable habitat of 26 feet diameter, the ‘Starlab’ could accommodate a maximum of four (4) astronauts.