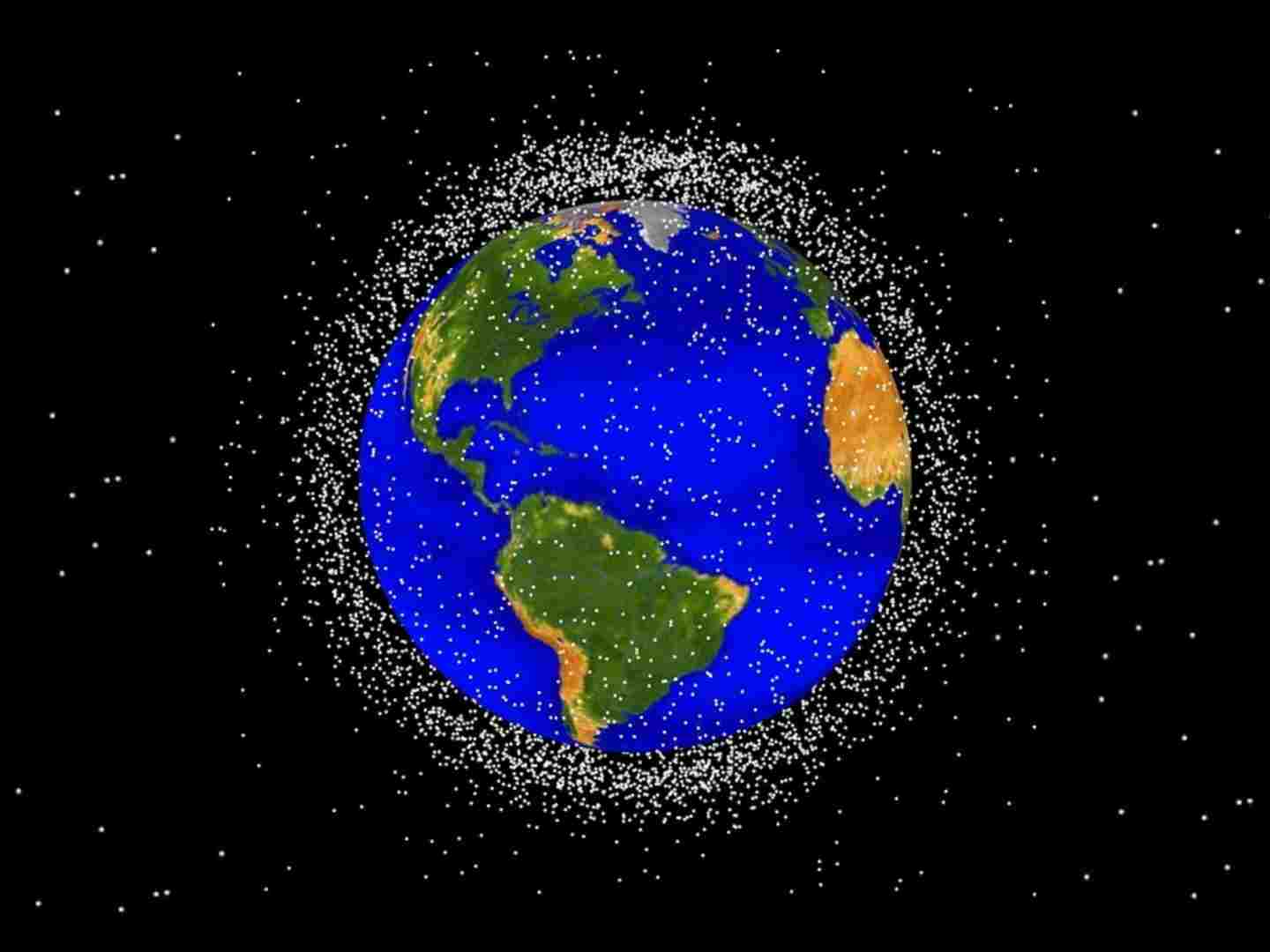 Decades before when we started to explore space and made the things by ourselves to get the technology in which we are currently living, the harm has also been caused alongside the merits and advantages that we received for ourselves.

But, the question that arises, why there is so much concern with the launch of satellites in the space orbit and how the satellites and other objects are responsible for the Junk in space. Let us find out in this article.

How The Space Has Become A Junkyard?

How the Satellites And Spacecrafts Serves an Important Purpose?

The satellites serve as an important object for the purpose of communication particularly. The Internet we are using, GPS, ATMs, mobile communication, and every technology in some way or the other are linked to the presence of satellites in space.

The importance of satellite could be well understood from the fact that whenever there happens a war between two countries, the country advanced in technology and power first try to destroy the satellite of the enemy country to hinder the communication.

What is the role of satellites and other objects of astronomical use in the formation of space junkyard?

The daily increasing satellites are also posing a great problem in space along with the advantages. The satellites are launched into space by a launch vehicle (most commonly rocket). When it reaches space, the satellite is fixed into its orbit, while the debris from the rocket also remains in space (particularly in Lower Earth Orbit (LEO).

Also, satellites have their own age. They are useful until they do not pass their expiry. Once they stop working, then they are of no use and serve as junk in space.

So many satellites in space also have the probability to collide with each other and resulting in furthermore space debris. This will increase the chances for furthermore collisions of space debris that ultimately will produce more junk.

The small box satellites that the space scientists use to deliver the objects to the space stations also pose a problem and serve as the reason for space junk. While the camcorders, pliers, astronaut’s gloves, spatula, and even a tool bag lost during spacewalks can serve to the production of space debris, the small asteroids, comets also act as the agents behind the formation of space debris naturally.

With the large space stations and satellites in space, more of the junk getting produced is a great threat to space, to technology, as well as to us.

The trash in Earth’s orbit is estimated to weigh more than 7 million kg.Around 600 active satellites are currently orbiting in the Earth’s Lower Orbit (LEO), while the rest 1500 have passed their expiry and are of no use.

Due to this, the Earth’s lower orbit (LEO) has been overcrowded with a lot of space debris resulting in the junk. The advancements in technology and planning are being done by various countries to remove the junk from Lower Earth Orbit (LEO).

Also read: What is the current status of Ozone layer?

Why Is Space Junk Bad?

The Junkyard formed in space (Space Debris) is the result of our own doings. With so much of the Junkyard already present in space, chances are that the satellites may collide with the debris and get damaged.

Also, many countries for the purpose of advanced communication technology are sending satellites in space. Before sending the satellites, the Space Organisations of various countries take many precautions to avoid the collisions with the Space Debris.

The fragments of space debris orbit at a very high speed of 22,300 mph and any of the fragments can cause serious damage to the satellite, spacecraft, space station, camera, spacewalking astronaut, or any other important object sent in space for research. Even if a very small object of a size of a screw in the space debris hits the spacecraft, the spacecraft may stop functioning.

The damage to any of the satellites, spacecraft, or space station is hazardous to the communication system through which we are living an easy and luxurious lifestyle and could prove to be so much costly. The consequences of the satellites, spacecraft, and space stations being damaged need not be discussed in detail, as we are well aware of what happens.

Will there be an issue with space debris in the future?

It’s entirely possible. Several businesses are developing massive new constellations of satellites that will transmit the internet down to Earth.

SpaceX and Amazon are among the firms planning to deploy thousands of satellites to provide worldwide satellite internet service. If successful, a further 50,000 satellites may be sent into space. This will necessitate a greater number of collision avoidance maneuvers.

We can reduce the problem of space trash in the future by ensuring that satellites are removed from orbit in a fair length of time once they are no longer functioning.

Also read: What are the 7 major Global environmental problems?

What steps are taken to clean Space Junkyard?

As already told above, space junk is posing a great problem, and removal of it is extremely important in the coming scenario.

“Remove Debris Mission” is a project led by “Surrey Space Centre” of the University of Surrey to test and demonstrate various space-debris removal technologies.

Thus, rather than directly removing the debris from lower Earth orbit, the “Remove Debris Mission” will first aim to check the efficacy of the technologies to remove debris from Lower-Earth Orbit (LEO).

To get to the goal, the mission will do some experiments that are as follows:

In this, the CubeSat call DebrisSat1 will deploy a balloon to simulate a piece of space debris. Then, the “RemoveDEBRIS satellite” will use an object like a Net that will try to capture the debris from space, and then will maneuver this package to fall into Earth’s atmosphere to burn up.

In this, one of the CubeSat (a miniaturized Satellite) called DebrisSat2 will be released in space and the “RemoveDEBRIS Satellite” will get the data and images with the help of Lidar and optical cameras.

It will be launched at the target plate made of representative satellite panel materials.

When all the experiments will be done efficiently, at last, the satellite will use a large sail that will act as an air-brake. The dragsail will bring RemoveDEBRIS to the planet’s atmosphere for safe disintegration from the relatively low orbital altitude of the space station.

Space debris (space junk) has become a great problem and if not tackled may pose many serious threats in the nearby future. The layman has become habitual of living an easy and comfortable lifestyle. The use of mobile and the internet has revolutionized the Earth and any of the problems to these could move us into the more problematic dungeons.

The cleaning of space debris is the hourly need right now, and several countries are focussing on it. RemoveDEBRIS mission is one of the examples of it. The astronauts, space scientists, and their hard work have never left us disappointed. We can just hope for the best for our environment as well as for our space.