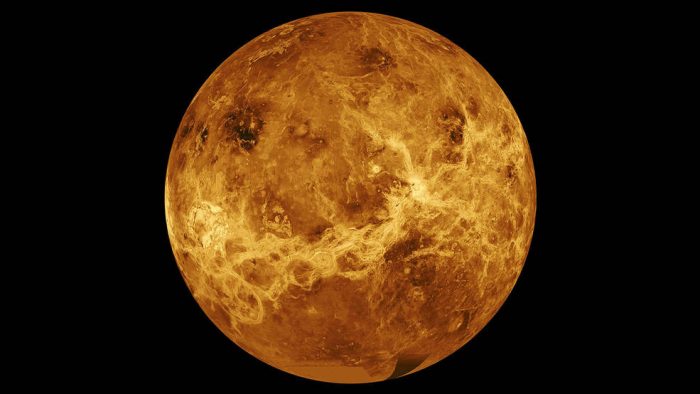 According to a new study, the unique behavior of sulfur in Venus’ atmosphere cannot be explained by an “aerial” form of extraterrestrial life.

The “life in the clouds” idea, which astronomers have theorized about for decades, was put to the test by researchers from the University of Cambridge, who discovered that life cannot explain the composition of Venus’s atmosphere using a mix of biology and atmospheric chemistry.

As it eats food and expels waste, any life form in sufficient numbers is predicted to leave chemical fingerprints on a planet’s atmosphere. The Cambridge researchers, on the other hand, found no evidence of these fingerprints on Venus.

Related: What happens if we terraform Venus?

How Do These Findings Help Scientists?

Even if Venus is lifeless, the researchers claim their findings, published in the journal Nature Communications, could be beneficial in investigating the atmospheres of other planets in the galaxy, as well as the eventual identification of life outside our solar system.

“We’ve been attempting to explain the strange sulfur chemistry we detected in Venus’ clouds for the past two years,” said co-author Dr. Paul Rimmer of Cambridge’s Department of Earth Sciences. “Because life is quite adept at strange chemistry, we’ve been looking at if there’s a way to make life a possible explanation for what we’re seeing.”

Given the known sources of chemical energy in Venus’s atmosphere, the researchers utilized a combination of atmospheric and biological models to investigate the chemical processes that are likely to occur.

“We looked at the sulfur-based ‘food’ accessible in Venus’s atmosphere—not it’s something you or I would want to eat, but it’s the main available energy source,” said Sean Jordan, the paper’s first author from Cambridge’s Institute of Astronomy. “If life consumes that food, we should see evidence of it in the form of specific molecules lost and gained in the atmosphere.”

Related: Venus has a higher average Surface temperature than Mercury Why?

What Were The Simulations?

The simulations focused on one aspect of Venus’s atmosphere: the amount of sulfur dioxide (SO2). Volcanic emissions account for the majority of SO2 in the atmosphere on Earth. High levels of SO2 are found lower in the clouds on Venus, but it is “sucked out” of the atmosphere at higher altitudes.

Dr. Oliver Shorttle of Cambridge’s Department of Earth Sciences and Institute of Astronomy, a co-author, said, “If life is present, it must be changing atmospheric chemistry.” “Could life be the reason for the drastic reduction in SO2 levels on Venus?”

Jordan’s models include a list of metabolic reactions that life forms would perform in order to obtain their “food,” as well as waste by-products. The researchers ran the model to investigate if these metabolic responses could explain the decrease in SO2 levels.

What Were Their Findings?

They discovered that metabolic reactions can cause a decline in SO2 levels, but only if other chemicals are produced in high quantities that aren’t visible.

“It would also shatter everything we know about Venus’s atmospheric chemistry if life was responsible for the SO2 levels we detect on Venus,” Jordan said. “We wanted life to be a possible explanation, but after running the models, we discovered that it isn’t a feasible option. But even if life isn’t to blame for what we see on Venus, there’s still a mystery to solve—there’s a lot of weird chemistry to investigate.”

Although no evidence of sulfur-eating life has been found in Venus’ clouds, the researchers believe that their way of studying atmospheric signals will be useful when the JWST, the successor to the Hubble Telescope, begins returning images of other planetary systems later this year.

“In order to comprehend why some planets are living, we must first understand why others are dead,” Shorttle explained. “If life manages to find its way into the Venusian clouds, it would completely alter how we look for chemical clues of life on other planets.”

“Even if ‘our’ Venus is dead,” Rimmer, who is also linked with Cambridge’s Cavendish Laboratory, stated, “it’s plausible that Venus-like planets in other systems could harbor life.” “What we’ve learnt here can be applied to exoplanetary systems—and that’s only the start.”