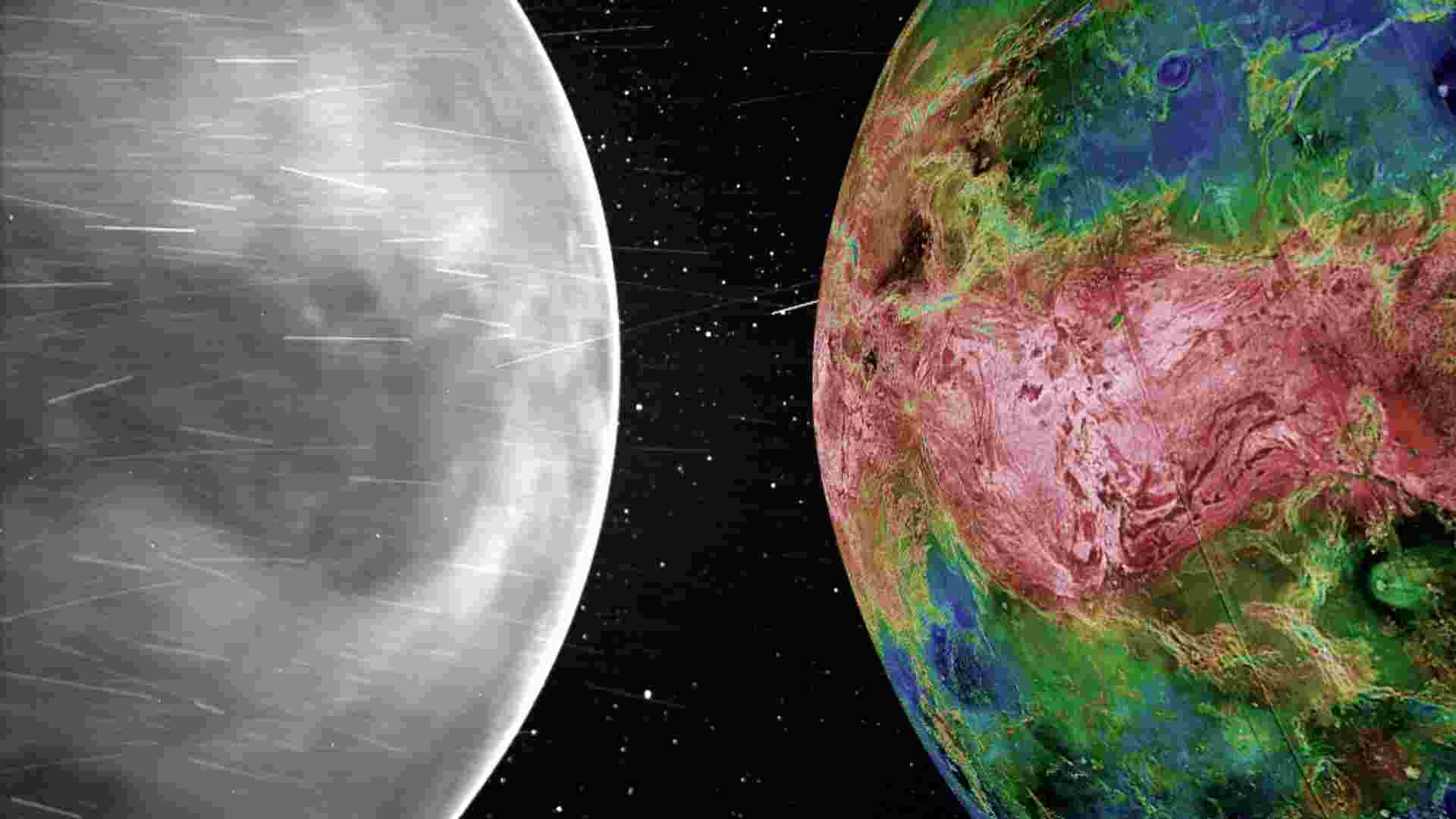 Breath taking images snapped by NASA’s Solar Probe have given the veritably dawn regard of Venus’ red-hot face, revealing mainlands, plains and continents on the negative stormy planet.

After piercing the poisonous and foggy environment of Venus, with the help of  Wide- field Imager for Parker Solar Probe (WISPR) instrument, NASA scientists spotted a slight view of geological features within the faint appearance of Venus’ night side face, alongside a luminescent halo of oxygen within the earth’s atmosphere.

How did Venus come so negative while life on Earth flourished? NASA scientists published their analysis of the film land Feb. 9 within the journal Geophysical Research Letters.

Read: Venus has a higher average Surface temperature than Mercury Why?

“Venus is the third brightest thing within the sky, but lately we have not had any important information on what the face appears like because our view of it’s blocked by a thick atmosphere,” study lead author Brian Wood, a physicist at the Naval lab in Washington D.C. said during a press release. “Now, we eventually are seeing the face in visible wavelengths for the first time from space.”

Venus’ face has been imaged ahead, but this is frequently the first time it’s been snapped in light visible to the eyes. This is frequently because the planet is shrouded by a thick poisonous cloak of vitriol and CO2, blocking most light from escaping.

The Parker Probe’s WISPR instrument was no way designed with imaging Venus in mind — it had been erected to review the sun’s atmosphere and radiation — but the instrument’s perceptivity enabled it to capture the faint gleam of red light emitted by the earth.

During the day, this red light is drowned out by the sun reflecting off Venus’ shadows, but the darkness flyby enabled the inquiry to pick up the earth’s gentle gleam, and thus the stunning geographic features on its face.

The face of Venus, indeed on the night side, is about 860 degrees, “Wood said. “It’s so hot that the rocky face of Venus is visibly glowing, kind of a bit of iron pulled from a forge.”

The new images are getting to be anatomized alongside once images of Venus — like those captured by the 1975 Soviet Venera 9 wharf operations; NASA’s 1990 Magellan charge; and therefore the Japanese space agency’s Akatsuki charge — to help scientists understand how Venus grew to be so negative.

Scientists do not know if Venus was always as barren because it’s moment, and once exploration has suggested that the world may have hosted water and indeed life before it had been smothered by a hellish fog of greenhouse gas.

The Parker inquiry is using Venus for “gravity help” pushes to fine-tune the inquiry’s course to the sun, and it’ll slingshot from the world into a solar route in November 2024. But this isn’t the last of NASA’s plans for Venus.

NASA’s Veritas and Leonardo operations will expand the U.S. space agency’s knowledge of the world’s face by transferring an orbiter and an atmospheric inquiry to the earth. These operations are anticipated to launch eventually between 2028 and 2030. The ECU Space Agency also will shoot its own orbiter, Envision, to overlook the earth’s face.

Together, the three could unleash the secrets of Venus’ history, and perhaps indeed a nipping warning for one of Earth’s possible futures.