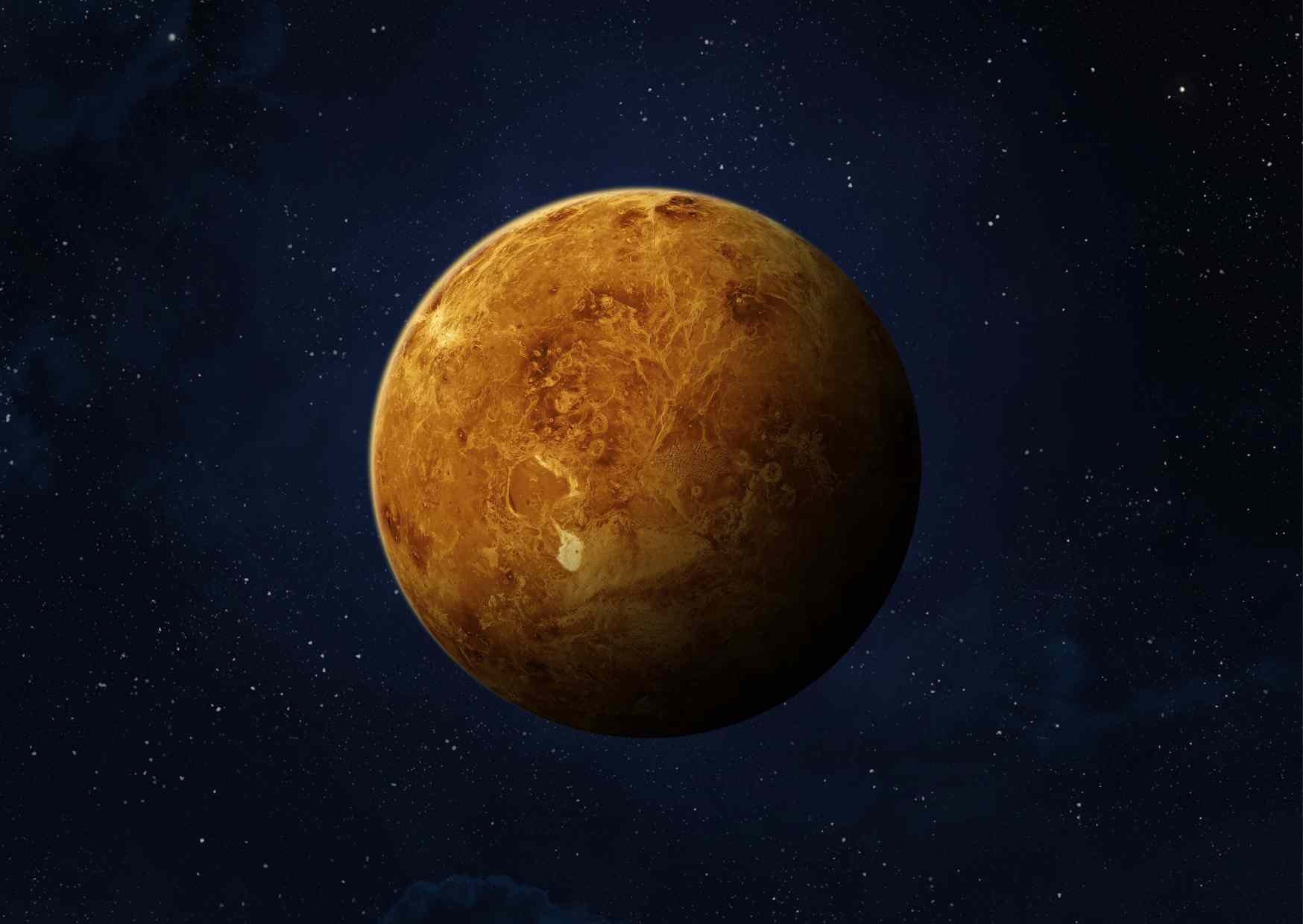 The planet closest to our earth is named Venus. And because this planet is very close to the Sun, that is, only 108 million kilometers away, it is very hot and it glows with heat. That is why it is also called shining planet.

In today’s article, we will give you All information about Venus planet. So, without further ado, let us get straight into the matter!

What is the size and distance of Venus?

It’s all a matter of perception when it comes to our proximity to Venus. The planet is nearly as large as Earth – 7,521 miles (12,104 kilometres) across compared to 7,926 miles (12,756 kilometres) for Earth. Venus, after our own Moon, is the brightest object in the night sky from Earth.

As a result, the ancients valued it highly in their cultures, even believing it to be two objects: a morning and an evening star. This is where the perspective trick comes into play Venus’ orbit is closer to the Sun than ours, thus they never stray far from each other from our perspective.

Venus was viewed by the ancient Egyptians and Greeks in two different ways: first in one orbital location (seen in the morning), then in another (your “evening” Venus) at different times of the year.

Venus is 38 million miles (61 million kilometres) from Earth at its closest approach. However, the two planets are usually farther apart; Mercury, the innermost planet, spends more time in close proximity to Earth than Venus.

Another perspective trick is how Venus appears through binoculars or a telescope. Observe Venus for several months and you’ll discover that it has phases similar to our Moon — full, half, quarter, and so on.

The full cycle, from new to full, takes 584 days, but our Moon just takes a month. And it was from this vantage point, the phases of Venus first witnessed by Galileo through his telescope, that the Copernican heliocentric nature of the Solar System was established.

How far is Venus from the Sun?

Because it is closest to the sun, Venus isn’t the brightest planet in the sky; Mercury takes that honour. However, Venus, unlike Mercury, has a thick, hazy atmosphere that reflects light more effectively than Mercury’s stony surface (it also keeps the planet piping hot). This makes it stand out, brighter even than the faintest star.

How did the formation of Venus take place?

About 4.6 billion years ago, when the Solar System was about to be formed, our solar system was moving like a dust cloud in space, which was also called a nebula. At that time, small particles mixed together to endure with gravity, and due to gravity, small particles started mixing the rest of the small particles together, and started moving rapidly.

Due to the rapid rotation, flames started arising in them and they started burning like the sun. But gravity did not stop its work and continued to mix the rest of the smaller ones. As the rest of the planets were formed, they saw a large planet becoming flammable due to high speed and placed it in its center and surrounded it and started circling, which today is also called Sun.

Like Earth, the strong and rocky center of Venus was also the first to form. After that its outer layer was formed and later the outer layers together decided to form the rest of gases. The planet Venus, in the same way as the rest of the planets, included small particles of the nebula in it, which we today call Asteroid or Meteor.

Spending a day on Venus would be rather unsettling — assuming your ship or suit could shield you from temperatures in the 900°F range (475 Celsius). For starters, your “day” would last 243 Earth days, which is longer than a Venus year (one journey around the Sun), which lasts only 225 Earth days.

For another, sunrise to sunset would take 117 Earth days due to the planet’s incredibly sluggish spin. By the way, because Venus spins backward in comparison to Earth, the Sun would rise in the west and set in the east.While you wait, don’t expect any seasonal break from the oppressive heat.

Summer occurs on Earth because its rotational axis is tilted by around 23 degrees, allowing our area of the planet (our hemisphere) to absorb the Sun’s rays more directly as a result of that tilt. The tilt means the rays are less direct in the winter.

On Venus, however, there was no such luck: It has a very minor tilt of only three degrees, which is insufficient to produce seasons.

How long is a day on Venus?

The time it takes a planet to rotate or spin once on its axis is called its day. Because Venus revolves at a far slower rate than Earth, a day on Venus is significantly longer than a day on Earth. On Venus, a day lasts 243 Earth days or 5,832 hours! On Earth, a day is 23.943 hours long. In comparison to the Earth and most other planets, Venus rotates backwards.

The planet Venus is mainly composed of CO2, it also has a huge amount of nitrogen. It is made up of large rocks and iron elements. Along with this, a huge amount of sulfur is found in it.Venus is poisonous because the planet Venus is a very dense stronghold, and has a terrible temperature of 460 degrees Celsius and it is nothing, even sulfuric acid rains on this planet.

Formation of the planet Venus Venus is a very dense planet, the existence of 96% carbon dioxide and 3% nitrogen is found in the composition of this planet, both of which together form a very critical fluid that spreads over the entire planet.

The atmosphere of Venus is full of thick and toxic carbon dioxide. It is slightly yellowish in appearance, because this is the reason behind it that there is acid rain on the planet Venus. Sulfuric acid rains over there in the form of rain.

Life Habitability – Can it have life?

Due to which its temperature goes up to about 475 degree Celsius, where it is difficult for any type of skin to survive. In such a hot summer, the skin burns and melts, and the second biggest drawback is that there is a large amount of sulfuric acid present on the planet Venus and it rains sulfuric acid there.

It is extremely difficult for any skin or life to survive in sulfuric acid. That is why it can be a miracle to find life parallel to Earth on the planet Venus. The presence of a large amount of volcanic yoga on the planet Venus also ends the possibilities of life, because the volcano would constitute a very toxic type of air to atmosphere.

Due to which it can be very rare for any life to survive there in that situation. Along with this, in the atmosphere of sulfuric acid, there is poisonous air in which a life can hardly breathe.

Venus was the first planet that was discovered by any spacecraft. The name of the spacecraft that discovered the planet Venus was Mariner-2. Mariner- was a NASA spacecraft, which took off successfully on December 14, 1962, and after taking off, he left the Earth’s atmosphere and went into space and saw the first bright planet and that planet is none other than Venus.

NASA’s Magellan first tried to examine the surface of Venus with radar. The Soviet spacecraft has made its most successful landing to date on the planet Venus. Sovial Spacecraft was the first rocket to land on Venus’s surface.

But Soviet spacecraft also could not survive in the atmosphere of Venus for long because it was extremely unbearable heat, and NASA’s Pioneer Venus Multiprobes spent about 1 hour on the planet Venus. NASA touched the surface of Venus in 1978.

This bright planet may have an increased number of volcanoes, but the glowing surface due to the dense dust clouds and the glare of the Sun obscures the vision.Nevertheless, 80 percent of the Earth’s surface area of Venus is covered by layers of volcanoes.

The whole planet Venus is surrounded by two very big continents or in other words, it is made up of two continents. The northern continent of Venus is called Isher Terra. The name is named after the Greek goddess of love. There are 167 great and huge volcanoes on Venus compared to Earth. Some volcanoes on Venus are as big as some of the islands of Prithi.

With the naked eye, the planet Venus is visible only as a white dot at night. A white point that is brighter than other stars and less twinkling than anyone.

Q- Why is the planet Venus special?

Ans: The planet Venus is special for many reasons, such as there are more than 650 giant volcanoes on the planet Venus, and if all the small volcanoes are counted, their number goes beyond 1600.It takes one round of the sun in 243 days. Almost like Earth and also very hot, there is severe atmospheric pressure on this planet. And we can see it crossing the Sun with the naked eye.

Q- What is the planet Venus made of?

Ans: The planet Venus is mainly composed of CO2, it also has a huge amount of nitrogen. It is made up of large rocks and iron elements. Along with this, a huge amount of sulfur is found in it.

Q- Is life possible on Venus?

Ans: The planet Venus is similar to Earth in appearance, but it can be difficult to find life there. The reason for this is that the city is a hot house and it is very difficult for life to flourish in the intense heat.

Q- Why is the planet Venus poisonous?

Ans: Venus is poisonous because the planet Venus is a very dense stronghold, and has a terrible temperature of 460 degrees Celsius and it is nothing, even sulfuric acid rains on this planet.

Q- Why is the planet Venus called the sister of Earth?

Ans: Because both the Earth and the planet Venus look the same in appearance and there are many similarities in the atmosphere of both, but still both are different, that is why the chances of life on Venus are also being found.