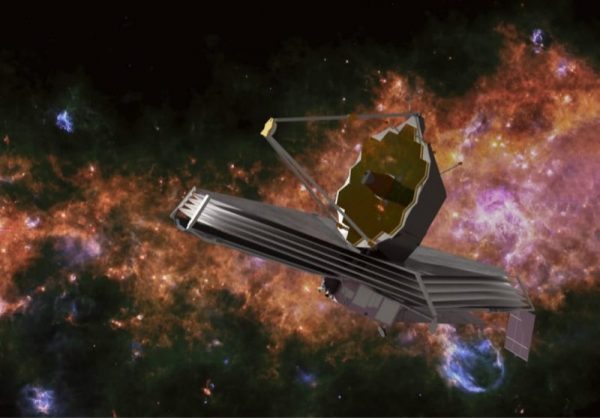 Work has started on the observatory’s technical operations as NASA’s Webb Telescope nears completion of its science instruments commissioning.

While traveling through space, the telescope will constantly locate faraway stars and galaxies and point at them with great precision in order to obtain photos and spectra.

However, scientists intend to study planets and their satellites, asteroids, and comets in our solar system as they move across the galaxy’s background stars.

Related: Solar System is All Ours To Explore. How Webb Will Help Study That?

What’s Webbs Objective In This Mission?

Webb must be able to lock on to these objects and track them precisely enough to capture photos and spectra. The Webb team has finished the first test of tracking a moving object.

The test confirmed Webb’s ability to conduct moving target science. As we progress through commissioning, we will test other objects traveling at different speeds to ensure that we can study objects moving throughout the solar system.

“I’m definitely looking forward to Webb’s first year of science operations. I oversee a group of astronomers who are just as eager to start downloading data. Webb can see the dim light from the very first galaxies, but my team will be looking for something far closer to home. Webb will be used to solve some of the riddles that exist in our own solar system.”

“One of the most frequent concerns I hear is why we need a large telescope like Webb to explore our neighboring solar system. We employ telescopes to supplement our in-situ efforts as planetary scientists (missions that we send to fly by, orbit, or land on objects). One example is how Hubble was used to locate Arrokoth, the New Horizons mission’s post-Pluto target.”

We also use telescopes when we don’t have in-situ missions planned, such as for the distant ice giants Uranus and Neptune, or to measure large populations of objects, such as hundreds of asteroids or Kuiper Belt Objects (small ice worlds beyond Neptune’s orbits, including Pluto), because we can only send missions to a few of them.

“The Webb team has already carried out engineering testing of the MT capabilities on an asteroid within our solar system.” The engineers put this skill to test on 6481 Tenzing, a tiny asteroid in the Main Belt named after Tenzing Norgay, a famous Tibetan mountain guide who was one of the first to reach the summit of Mount Everest.

‘Since the objects were all nearly identical otherwise, picking the one with a name tied to success seemed like a no-brainer,’ said Bryan Holler of the Space Telescope Science Institute, who had a choice of approximately 40 prospective asteroids to test the MT tracking. That kind of thing appeals to us.

“As an ‘Interdisciplinary Scientist’ at Webb, my programme makes use of all of the capabilities of this cutting-edge telescope. To really comprehend the solar system, we require all of them (and the universe).

Other Mysteries Of Our Space

“There are far more mysteries in our solar system than my team had time to investigate. Our programmes will look at objects all around the solar system, including the major planets and Saturn’s rings, as well as many Kuiper Belt Objects, Mars’ atmosphere, thorough studies of Titan, and more.

Other teams are planning observations as well; in its first year, Webb will devote 7% of its time to objects in our solar system.

Observing The Ocean Worlds In Space

“Observing ocean worlds is one intriguing and demanding programme we aim to perform.” The Hubble Space Telescope has discovered evidence of occasional plumes of water-rich material on Jupiter’s moon Europa.

We intend to use high-resolution imagery to examine Europa’s surface and look for plume activity and active geologic processes. If we find a plume, we’ll use Webb’s spectroscopy to figure out what it’s made of.

“Uranus and Neptune have a special place in my heart. Indeed, it was the lack of a mission to these far-flung worlds that drew me to Webb all those years ago.

The Uranus team intends to establish a definitive link between the chemistry and dynamics of the upper atmosphere (observable with Webb) and the deeper atmosphere, which has been studied for decades with other instruments. “I’ve spent the last 30 years studying these ice giants with the largest and greatest telescopes humanity has ever built, and Webb will soon be added to that list.”

“We’ve been planning Webb observations for over two decades, and now that we’ve launched, deployed, and focused, we’ve gone into overdrive.

“I’m grateful to have had the opportunity to work with the team for so long, and I’d like to thank the thousands of people who have helped to make this fantastic facility for astrophysics and planetary communities possible. ad astra, thank you.”