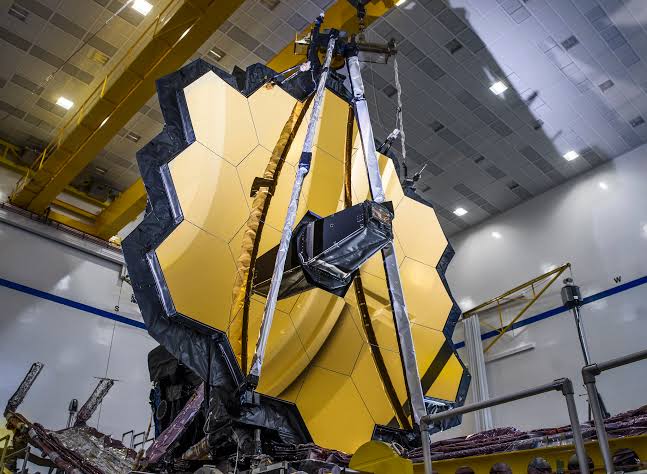 The launch of the James Webb Space Telescope on Christmas Day caused a turmoil of conflicting emotions among space enthusiasts, astonishment and consternation for the upcoming events.

Joy was mixed with worry about whether the $10 billion machine would arrive at its goal properly, relief and anticipation merged.

After celebrating the launch for several months, the entire world waited expectantly for news from JWST. And we are almost on the next level.

The first complete photos captured by the gold-plated James Webb Space Telescope, which searches for black holes and exoplanets while also percepting stardust, will be made public by NASA on July 12.

The JWST team will host it in real time on Tuesday, July 12, at 7:30 a.m. PT, to present the first science images of Universe to the public. You’ll need to tune into NASA TV for this, which can be seen below:

Here’s that time around the world.

Also, you can check out theglobestalk and Instagram, for Amazing JWST related Highlights.

Are These Images Available For Common People?

NASA will also publish the first spectral data and full-color photos from JWST online here if you’d prefer to take it all in without all the fanfare and aren’t a big lover of live unveil.

The agency claims that these images would be distributed “one by one,” which heightens the drama.

What Are The Expectations From JWST’s First Images?

You may have already seen a few JWST image previews. I am aware that I have given them a lot of though. But they aren’t really the “first photographs” from the telescope.

In short, before NASA can start up the telescope, it must pass through a total of 17 testing “modes,” which can be thought of as checkpoints.

And as the agency has moved down the list, we have been given a number of luminous, red-orange glimpses into JWST’s ultimate goal.

The Pictures Of The ‘First Light’.

These are not the finished, eagerly awaited composite images scientists are referring to as JWST’s “first light,” But these are the results of calibrating all of the telescope’s equipment.

At a press conference on June 29, NASA officials who had already seen the JWST’s real first light claimed to have been completely astounded and moved to tears.

As a scientist, engineer, and human being, Pam Melroy, NASA’s deputy administrator, remarked, “What I have witnessed moved me.”

In general, I’d contend that the reason why scientists are so fascinated by JWST is simply that we don’t know what to anticipate. The kind of point is that.

Because it was designed to discover things in the universe we would not have known existed and to provide answers to questions about the evolution of time that we weren’t even aware to ask, this telescope is frequently referred to as “trailblazing” and “groundbreaking.”

The reason for this is that JWST functions very differently from other cutting-edge telescopes like Hubble. It employs a technique called infrared photography to reveal a part of the cosmos that neither the human eye nor Hubble’s incredibly strong lens can see.

Infrared imaging instruments on the JWST work together to identify light coming from a part of the electromagnetic spectrum called the infrared, which is invisible to human eyes.

Although it has sort of been absent from earlier studies, this region of the spectrum is crucial for charting the history of the cosmos.

Why Do We Observe The Universe In Infrared?

The light wavelengths that galaxies and stars emit continue to stretch out as they get further and further away from us, like a rubber band being pulled. They eventually enlarge until they enter the infrared portion of the electromagnetic spectrum.

And because the universe is expanding, we can only see infrared light from the oldest, rarest, and likely most valuable stars and the objects they illuminate.

Therefore, even if we squint until our faces hurt and hope until our faith starts to waver, we will not be able to view those extremely far, extremely ancient cosmic bodies with our eyes — or even a standard telescope lens, for that matter.

How JWST Would Help Us To Observe The Universe?

JWST can show us all that infrared goodness when it gazes upward towards the sky. All the stars, galaxies, quasars, black holes, and perhaps even exoplanets ready to harbor life that we cannot see will be made visible to us.

You may learn more about the infrared mechanism here, but in general think of it as the difference between gazing up at the stars in a dark wooded glen vs one in bright New York City.

Even if the sky is the same, there are a lot more sparkles to be seen amid the lush vegetation.

Light pollution have unfiltered effect on how you see things and JWST raises this a million times, or to the next level. It has the capability to display the cosmos as it is.

Does Hubble Have infrared?

Though not quite as many as JWST, Hubble has a few infrared detection capabilities.

Other spacecraft, like the Cosmic Background Explorer from 1989, have technically probed farther into the universe than JWST, but JWST “was designed not to see the beginnings of the universe, but to see a period of the universe’s history that we have not seen yet,” according to John Mather, senior project scientist for the James Webb Space Telescope.

Understanding that crucial piece of the cosmic jigsaw may enable us to learn more about the universe’s size, how far it really stretches, and perhaps even whether there is life elsewhere in the universe. Or it’ll demonstrate us that we’re isolated.

Although there are countless possibilities, but they will start to materialize on July 12.