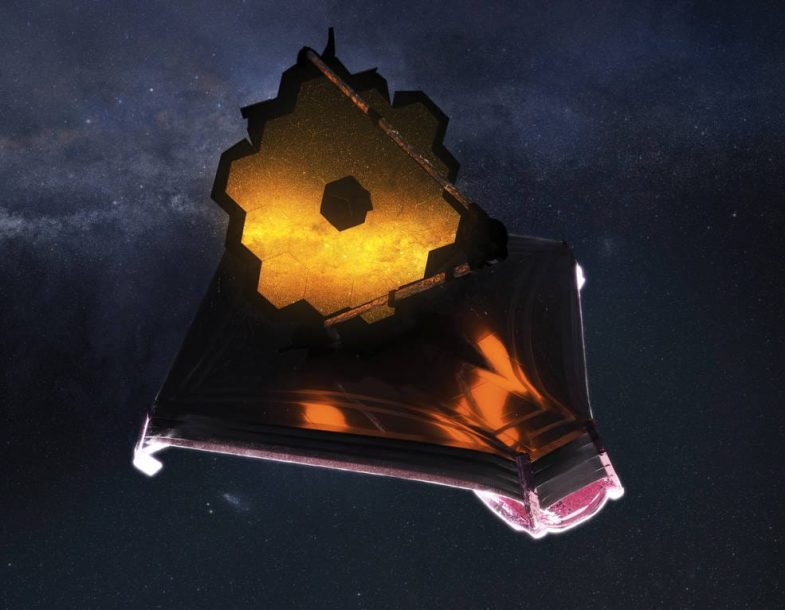 The first full-color images and spectroscopic data from the James Webb Space Telescope will be made public by NASA, in collaboration with the European Space Agency and the Canadian Space Agency, on Tuesday, July 12 at 10:30 a.m. EDT from NASA’s Goddard Space Flight Center in Greenbelt, Maryland.

As Webb starts its mission to reveal the infrared cosmos, its initial photographs, which are being released one at a time, will demonstrate Webb at its full potential.

Prior to their publication to the general public, Webb’s initial photos will not be subject to an embargo.

The activities for the release are as follows (all times Eastern):

On the website of the space agency, NASA will publish the list of cosmic targets for Webb’s initial photos and spectra.

Time- 9:45 a.m. – Before the first photographs are released, live opening statements from the agency and Webb leadership will be broadcast on NASA TV, the NASA app, and the agency website.

Time- 10:30 a.m. – On NASA TV, the NASA app, and the agency’s website, live coverage of the image release broadcast will be available. Additionally, Facebook, Twitter, YouTube, Twitch, and Daily Motion all offer live streaming for viewers.

Time- 12:00 p.m. – Following the live broadcast, a joint press conference will be held at NASA Goddard at 12 p.m. On NASA TV, the NASA app, and the agency’s website, you may watch the briefing live. Participating parties are:

The media can sign up to participate virtually by completing this form by 3 p.m. on Monday, July 11; in-person registration is now closed.

Time-3 p.m. – Live Interview Opportunities: From 3 to 7 p.m., experts from the Webb mission will be available to speak with broadcast media in both English and Spanish for live, remote interviews.

Online information regarding the scheduling of these interviews is accessible. Fill out this media interview request form if you would like to schedule an interview outside of the windows stated in this alert.

The NASA media accreditation guidelines for in-person and online events are posted online. Those that express interest will shortly receive more information from the agency, including COVID-19 safety procedures.

It’s possible that NASA won’t be able to fulfill every request for on-site attendance due to space restrictions. Use the hashtag #UnfoldtheUniverse to post queries on social media from the public and the media.

Online information regarding the scheduling of these interviews is accessible. Fill out this media interview request form if you would like to schedule an interview outside of the windows stated in this alert.

Time- 1 p.m. – Using its YouTube, Facebook, and Twitter pages in Spanish, NASA will stream a live social media event. Begoa Vila and Néstor Espinoza, two Webb experts, will talk about the release of the initial photographs and answer viewers’ queries.

In a NASA Science Live session, Webb specialists will respond to inquiries regarding the initial photographs and data.

The organization will hold a live NASA Social on July 12 and 13 on those days. Participants will tour NASA Goddard and STScI facilities, participate in discussions with specialists from the Webb mission, and attend as guests for the in-studio filming of the televised show at NASA Goddard.

Attending one of the official Webb Space Telescope Community Events taking place across the nation this summer will allow members of the public to participate in the release of the first full-color photographs. The calendar of events honoring Webb’s debut photos is online and is often updated.

On December 25, Webb, a joint venture between the CSA and ESA, was launched from the European Spaceport in Kourou, French Guiana.

The observatory has successfully traveled 1 million kilometers from Earth in its final form and is currently finishing the months-long process of being ready for science operations. From the solar system to the farthest detectable galaxies in the early cosmos, and everything in between, Webb will investigate every stage of cosmic history.