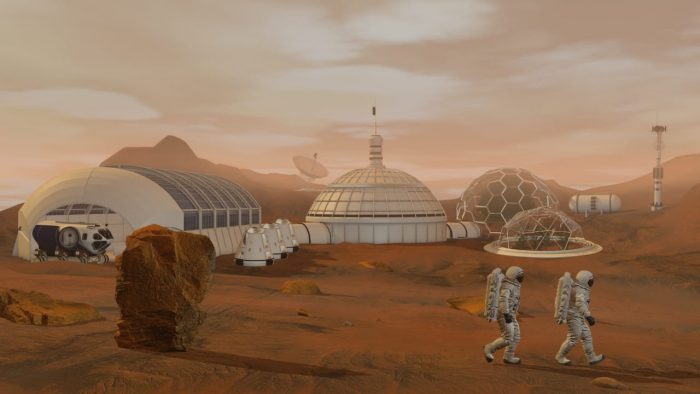 According to SpaceX CEO Elon Musk, colonizing Mars is not a child’s play, rather it is a Herculian task to do and also it is not meant for faint hearted people.

Musk, in a recent video interview with Chris Anderson, director of the TED Conference, said that, “It is very important to emphasize that Mars will not be lavish, especially in the early days.” “It’s going to be dangerous, cramped, hard, and hard work.”

The billionaire equated the effort made for recruitment on Mars to an advertisement with explorer Ernest Shackleton for an Antarctic expedition from the 1900s. Although the ad has since been exposed as a myth, men have said they are ready to embark on a “dangerous journey” and that a safe return is “in doubt”.

What Is The Ad For Recruitment?

“The ad for a flight to Mars says, Dangerous and crowded. You may not return. It’s difficult. It’s tough,” Musk said.

Read: Could We Actually Survive On Mars? The Real Problem Living on Mars

Mars consists of a rocky surface filled with volcanoes and canyons. The planet also has a gravity of one-third of Earth and a thinner atmosphere, which is not suitable for human breathing. Earlier, Insider reported that due to Mars’ low atmospheric pressure, a person without special equipment would die within minutes on Mars.

What does Elon Musk Want To Do On Mars?

Musk wants to build a full-sized city on Mars. According to Musk, in 2019, the billionaire estimated that it would take 1 million tonnes of cargo to build a self-sustaining city on Mars, for which cost will go anywhere between $100 billion to $10 trillion.

The billionaire told Anderson that he hopes people living on Mars will have the opportunity to “rethink society”.

“I think this is important for maximizing the probable life span for humanity or consciousness,” Musk told Anderson.

Read: Elon Musk Has a New Date for Humans To Reach On Mars

What Will Be The Threats to Human Civilization?

“Human civilization could come to an end due to external factors such as massive meteorites, supervolcanoes, dramatic climate change, and World War III or any one of many reasons.”

Musk told Anderson, he said he would set the price of tickets for a relatively cheaper and affordable price for most people. He also cited a hypothetical number of 100,000$ per ticket price.

Musk’s SpaceX company plans to build autonomous cities in the next few decades. But the billionaire told Anderson that he foresee “long dead” before his dream could become reality.

SpaceX’s CEO told Anderson he expects to be able to launch the first Starship orbit “in the coming months” while the space company awaits regulatory approval.
“Success is not usually guaranteed, but there is definitely excitement,” Musk said.