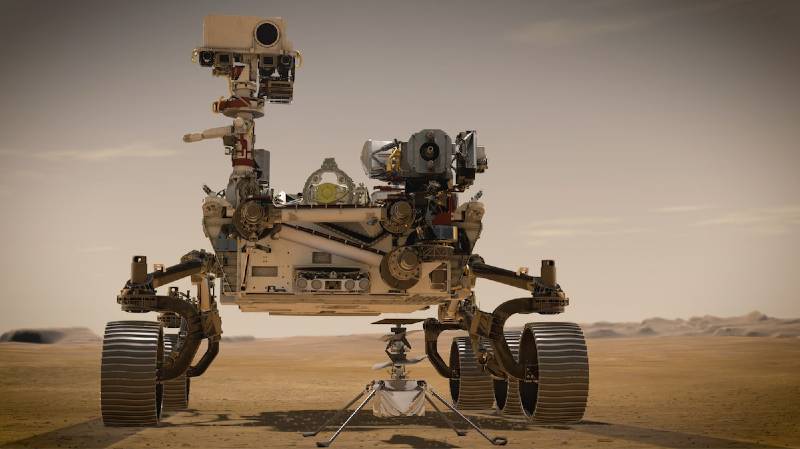 About four months ago, the NASA’s Perseverance Rover made friends with a pet rock, and the two have been inseparable ever since.

According to Perseverance’s left hazard avoidance camera, a rock got stuck in the rover’s left front wheel when it was roaming around Mars in early February.

The rock has moved more than 5.3 miles (8.5 kilometres) across the difficult terrain in just four months. It joined the mission during a study of rocks from a formation known as “Máaz” by NASA scientists as part of their exploration of Jezero Crater, the site of an ancient lake and river delta.

Perseverance was followed by the rock north to the Octavia E. Butler landing site, then west to the ruins of a delta known as “Kodiak” by scientists, and then on to the western Jezero delta.

What Is The Current Objective Of Mars Rover?

The present emphasis of the Mars rover is drilling cores and examining sedimentary rocks in the delta area. According to NASA, these rocks were formed billions of years ago when there was water in the area.

Perseverance’s pet rock, tumbling around in the rover’s wheel, isn’t interfering with operations, but it’s unclear how long the robotic explorer’s new acquaintance will stay.

How Did A Small Rock Harm Spirit Rover?

Perseverance isn’t the first Mars rover to take on a pet rock. Earlier also the Spirit rover, which was active from 2004 to 2010, had a potato-sized rock wedged in its right rear wheel. NASA experts had to extricate the stone because it was causing the wheel to halt.

The Curiosity rover was no stranger to hitchhiking pebbles, having taken many stones for weeks at a time in its front right wheel. The rover first landed on Mars in mid-2012 and is still going strong.