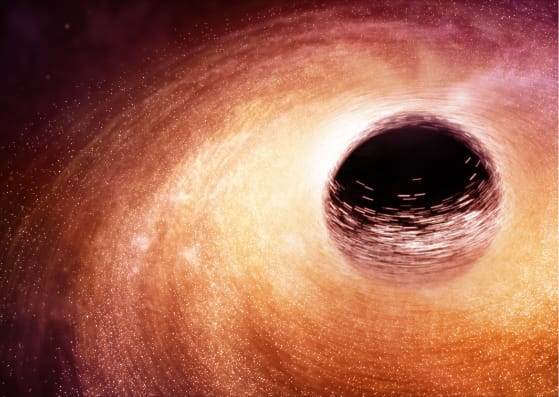 Astronomers are learning more about the weird space-time in the near region of active black holes thanks to light echoes bouncing off vast clouds of material.

Astronomers have just discovered eight new examples of these echoing black holes within the Milky Way. Only two had previously been discovered in our galaxy.

Having such a large number so close to home allows for a much closer examination of these interesting objects, as well as the unique insight into black hole physics that they can provide.

In the Milky Way, Stellar-Mass black holes are created by the collapse of a huge star core – are expected to be very common.

There could be a billion things floating throughout the galaxy, but they’re really difficult to detect; we’ve only found a few so far. That’s because they don’t release any radiation that we can detect unless they’re active. They’re practically undetectable.

When black holes are active, though, things are different. A black hole that has snared something in its gravitational web and is slowly eating it is known as an active black hole.

Read: Astronomers Are Ready With Some Massive Revelation About Milky Way Galaxy

Why Do Black Holes Shine So Bright?

We can witness a fascinating process at work in uncommon black holes. The region just inside the accretion disk’s rim closest to an active supermassive black hole flares brightly every now and again, and when this flare of light reaches the dust, it is reflected back, which is referred to as an echo.

What Was The Research Conducted To Find The Traces Of Black Hole Echoes?

A team of researchers led by astrophysicist Jingy Wang from the Massachusetts Institute of Technology used a new automated tool called the Reverberation Machine to scan data archived from NASA’s NICER X-ray Observatory to find traces of black hole echoes.

What Were The Observations From The Research?

This exploration revealed eight systems. That is, binary systems containing black holes and binary systems with binary companions are gradually stripped away and absorbed by the black hole.

“We are seeing new signs of reverberation from eight sources,” says Wang. “Black holes have a mass of 5 to 15 solar masses, all in binary systems with ordinary low-mass stars like the Sun.”

This is a rare echo, but it can tell a lot about the environment around the black hole. Similar to how bats use echolocation to navigate their surroundings, light can be analyzed in both initial emission and echo to measure the space between the black hole and the dust.

Importance Of These Black Hole Echoes

Black hole echoes can also be used to study how a black hole’s corona and accretion disks change as the black hole “feeds” it. A corona is a region of hot electrons between the inner edge of an accretion disk and the event horizon.

The team then analyzed 10 X-ray binaries and divided the data into groups with equal time delays between the initial X-ray burst and the reflected light. This allowed us to track changes in the X-ray echoes to get an overall picture of how the black hole changes during X-ray emission.

This state lasts for several weeks before transitioning to a “smooth” state dominated by low-energy X-rays from the accretion disk. During this transition, the time interval between blinking and echoing increases.

Since the speed of light is constant, this increase in time suggests that the distance between the corona and the disk is increasing.

Also read: What Will Happen If Sun Ever Collided With a Black Hole?

The team thinks this could mean that the corona is expanding upwards and outwards until the feeding event is over and the black hole is stable and the frantic feeding of matter without a stellar companion begins.

Although not yet fully elucidated, the results have implications for understanding not only these small types of black holes, but also the supermassive beasts that can be found in the centers of galaxies. This, in turn, could help us better understand the evolution of the universe.