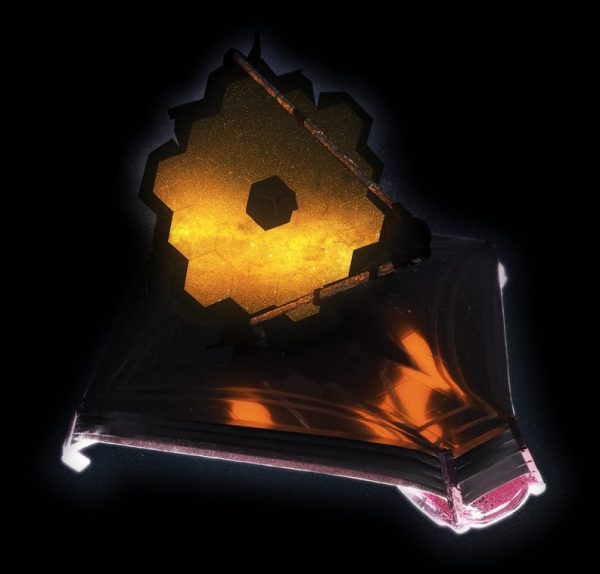 The space race between the United States (USA) and China is poised for a new and exciting twist. The latter will challenge a fleet of giant American telescopes and their tiny satellites diving into deep space.

What Is China Up to?

Chinese scientists are building a small fleet of satellites to conduct advanced astronomical research previously only possible with huge and expensive space telescopes. The Chinese probe has provided more than 100 microsatellites to observe high-energy and short-lived incidents of violence in deep space, each equipped with a smaller and lighter version of a typical X-ray telescope.

This method contrasts sharply with the current trend of larger telescopes that can see more deeply in space and time.
Launched in December to find the first light in the universe after the Big Bang, the $10 billion James Webb Telescope has been in development for over 20 years and cost ten times as much as originally planned. In fact, in a new set of tests, NASA was exploring new ways to use fluid technology to make telescopes 10 times larger than the James Webb Space Telescope.

Astrophysicists around the world believe that larger telescopes can collect more light, allowing astronomers to see smaller, darker and more distant objects more clearly. But China’s abandonment of this approach could be a breakthrough for the space program. The Chasing All Transients Constellation Hunters (CATCH) team plans to test the intelligent control system by launching a navigator satellite next year and then 10 orbiting satellites.

What Is This CATCH?

The Chasing All Transients Constellation Hunters (CATCH) is a constellation made up of hundreds of satellites. Each satellite is equipped with a separately made lightweight X-ray focusing telescope made in China. One or more transients can be tracked by a single satellite, and hundreds of satellites can work together to continuously monitor large numbers of transients. In addition, it is possible to form a large field of view or high-precision satellite constellation to jointly track some important target (such as a gravitational wave explosion).

When Will This CATCH Project Take Place?

Tao Lian, who is in charge of research and development of key technologies for the CATCH project, said he plans to deploy the entire constellation by 2030 if the first phase is successful.

According to Tao of the Beijing Institute of High-Energy Physics at the Chinese Academy of Sciences, the estimated budget for each satellite is $1.6 million, of which half will be used for launch costs. She predicts that costs could be significantly reduced in a few years thanks to inexpensive satellite and launch services provided by private companies.

Problems In The CATCH Program

According to Yin Qianqing, another member of the CATCH team, the biggest challenge is coordinating the satellites as they work individually and together.

How Will The Smart Micro Satellites Work?

Yin Qianqing explains that each “smart” microsatellite will be able to automatically start detection and tracking in orbit, effectively identify a target, and compare the results with a database of astronomical phenomena.

Based in Kunming, southwest of Yunnan, North Night Vision Technology, a global supplier of optics, is working to produce miniature mirrors for microsatellites that conform to the anatomy of the lobster eye.

Most observations are based on the collection of light particles, meaning larger mirrors can collect more light.

It takes several years to manufacture the primary mirror. It takes at least 3 months to assemble in space, and it is an expensive construction method, not to mention the huge cost of the entire process from design to assembly.

However, while this is the main reason small satellites are used primarily for earth observation and educational purposes, these small and much cheaper devices have already made successful discoveries in deep space.

According to astronomer Jonathan McDowell at the Harvard-Smithsonian Center for Astrophysics, the Canada-Europe BRITE mission uses a network of five nanosatellites to monitor the fluctuations in the brightness of very bright stars. “It is true that the size of the telescope is important, but there are areas in astronomy where small satellites can help ESA,” he said.

A team led by Tsinghua University in Beijing reported in November that it used a 10-centimeter (3.9-inch) cube satellite to detect the most powerful explosion in space, a gamma-ray burst. Large gamma-ray telescopes, including NASA’s flagship $700 million Fermi Gamma-Ray Space Telescope, confirmed the discovery, published in The Astrophysical Journal.

If China makes a breakthrough with microsatellite, it could become the epitome of low-cost Chinese technology development and effectively help the world’s deep space exploration efforts.