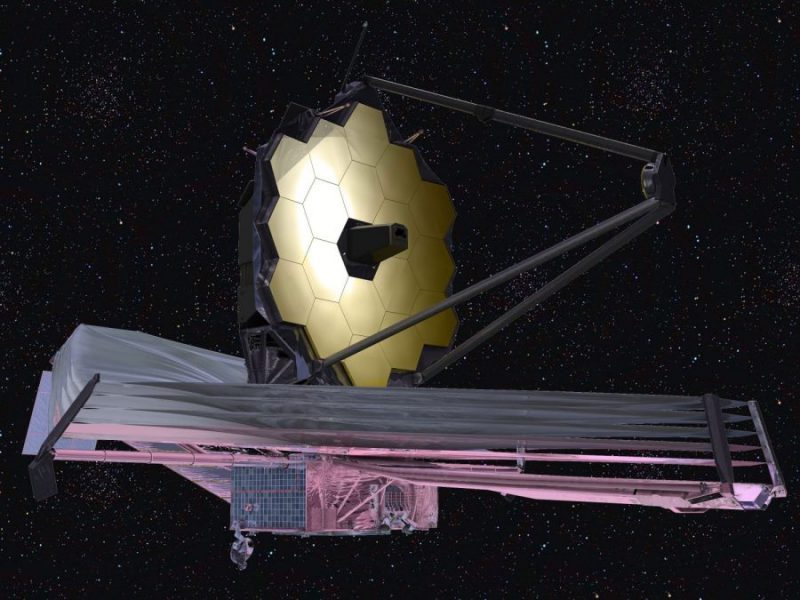 The Mid-Infrared Instrument (MIRI) and other Webb instruments have been cooling down by radiating their thermal energy into the darkness of space for the last three months. Near-infrared instruments operate at temperatures between 34 to 39 Kelvin using passive cooling.

However, MIRI’s detectors need to be much cooler to be able to detect longer wavelength photons. This is where the MIRI’s cryocoolers come into play.

Read: Why NASA is in Pressure To Rename James Webb Space Telescope?

What Is This MIRI?

The Mid-Infrared Instrument (MIRI) has a camera and a spectrometer that sees the light from the mid-range of the electromagnetic spectrum and the wavelength that is not visible to our eyes.

MIRI covers the wavelength range from 5 to 28 microns. For this, the Miri detectors have to be maintained less than 7 Kelvin to work correctly. Its sensitive detectors allow it to see the faint light and objects of the Kuiper belt as well as the newly formed remote galaxy.

MIRI Camera will provide a wide range of broad-band visualization. The exciting Astrophotography that made Hubble universally respected, will also provide Webb, wider information on remote objects and reveal chemical identities, abundances, and temperatures of the gases of their atmospheres (including water, ozone, methane, ammonia, and many more).

Challenges For The Cryocoolers

Over the past few weeks, the cryocooler has circulated cold helium gas past the MIRI optical bench, helping it cool to around 15 Kelvin. Sooner or later, cryogenic coolers will have to endure the toughest days of their mission.

Actuating the cryogenic valve causes the cryocoolers to redirect circulating helium gas and pass it through the flow restrictor.

As the gas expands when it leaves its limits, it gets cooler and can bring the MIRI detector to a lower operating temperature of less than 7 Kelvin.

But first, the cryocooler must pass a “pinch point”, challenging step to maintain a temperature range of about 15 Kelvin when cryocooler’s heat removal ability is minimal.

The operations of the critical valve and compressor will be carried out in a quick sequence, regulated as mentioned by the Miri cryocooler and Flow rate measurement.

In particular, the difficulty is lowered in the flow direction so the cooling capacity is better. On the other hand, if the cooling is not immediately accomplished on the modeled thermal load, the MIRI starts warming.

“After the cryocooler overcomes the remaining heat loads, it will stay in its lower power operation state for the remaining mission.

This Pinch Point Event is tested in Cryocooler of NASA’s Jet Propulsion Laboratory (JPL) and also at Webb’s testing at the Goddard Space Flight Center and Johnson Space.

The MIRI cryocooler was developed by Northrop Grumman Space Systems. MIRI is designed in partnership between NASA and the European Space Agency (ESA), with JPL leading the US effort and a multinational consortium of European Astronomical Institutes contributing to ESA”,as said by Konstantin Penanen and Bret Naylor, cryocooler specialists at NASA JPL.

Read more: How can the James Webb Telescope see back in time?

Why Does MIRI Require Such Cold Temperatures?

At higher temperatures, the signals that can be detected in the sky are lost in the internally generated “dark current” from the detectors. “Even if the detector is cooled, the Webb image is scattered with the light of the infrared light emitted into its advanced mirror and aluminum structure if they get warmer by 15 Kelvin (-258 degrees Celsius or -433 degrees
Fahrenheit).

The device body is also covered with a shiny aluminum-coated thermal blanket that reflects the radiant heat of the environment.

“Cooling this device is one of the last major challenges Webb faces before the MIRI team can truly relax, and getting past the cooler’s pinch point will be the most difficult step in the job. By then, the cooler would have had almost all the heat remaining on the MIRI’s 100 kilograms (220 pounds) of metal and glass from the tropical morning on the day of launch three months ago.

MIRI will be the last of four Webb devices that will open your eyes to the universe, said Alistair Glasse, who is Webb-MIRI Instrument Scientist at UK Astronomy Technology Center and Macarena Garcia Marin, MIRI Instrument and Calibration Scientist, ESA.