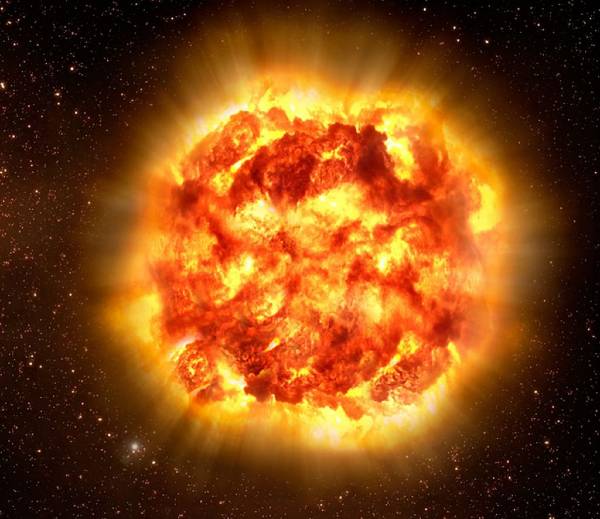 Physics is a bit unclear as to what the hottest possible temperature looks like, but in theory such a thing exists, or at least has ever existed. It’s called the Planck temperature, but like everything in life, it’s not as simple as that.

The first thing that comes to our mind when we think of temperature is the description of the amount of heat contained in an object. Or not for that matter.

What Is The Difference Between Heat And Temperature?

But from a physics point of view, thermal energy is roughly the average of random motion between particles, such as atoms and molecules, in a system.

When two objects with different amounts of thermal energy are placed close enough to the touch, random movements are combined until the two objects are in equilibrium. Heat, a form of energy, is measured in joules.

On the other hand, temperature explains, at least in theory, the transfer of energy from a hotter area to a colder area. It is usually described as a scale in units such as Kelvin, Celsius, or Fahrenheit.

A candle flame can have a higher temperature than an iceberg, but the amount of thermal energy in a heated wick doesn’t matter much if it’s placed on a frozen mountain.

What Is Absolute Zero?

Absolute zero is a temperature, this is the point on the temperature scale at which thermal energy can no longer be removed from the system due to the laws of thermodynamics.

In the practical world, this exact spot is always out of reach. But we can get very close. All we need is a way to reduce the average amount of thermal energy distributed among the particles of the system, perhaps using a laser or an appropriate type of flipping magnetic field.

But in the end, there is always an energy average that leaves a temperature slightly above the theoretical limit that can be extracted.

What Is The Highest Extreme Temperature?

At one pole there is a Planck temperature, which is equivalent to 1.417 x 10³² Kelvin (Or very higher than 141 millions of million degrees). This is what people often refer to as “absolute hot”. Nothing in the universe today comes close to such temperatures, but they existed briefly at the dawn of time.

For a brief period of one second, one unit of Planck’s time, when the universe was only one Planck’s length, the random motion of its contents was as extreme as possible.

When it gets a little hotter, forces like the electromagnetic and nuclear forces will become equal to gravity. To explain what this looks like, you’ll need some unfamiliar physics that combines what you know about quantum mechanics with Einstein’s general theory of relativity.

This is also a very specific condition. Time and space will never be so limited again. The best the universe can do today is only the few trillions that are created when atoms are pushed together in a collider.

What Are The Other Observations About Absolute Heat?

Thermal energy represents the average motion of system components. All you need is a small proportion of particles flying randomly enough to be called “hot”.

So what if we change this state and get more fast particles than slow ones? This is what physicists call the inverse Maxwell-Boltzmann distribution, which is strangely explained using values that go below absolute zero.

This strange system seems to have abandoned the laws of physics. Not only does it quantify negative values down to absolute zero, but it’s technically hotter than positive values. Literally hotter than the heat.

A strange statistical phenomenon that cannot be seen in any one corner of the universe. First, it will require an infinite amount of energy, and then it will require more energy.

That doesn’t mean you can’t change the rules slightly and do something similar. This was demonstrated in 2013 by physicists at the Ludwig Maximilian University in Munich and at the Max Planck Institute for Quantum Optics in Germany. But they used atomic gases under very specific conditions that imposed their own upper energy limits.

What Are The Results Of The Observations?

The result is a stable system of particles with kinetic energies so great that nothing else can push them inside. The only way to describe this particular location is to use a negative Kelvin or billionth of a degree lower temperature scale absolute zero.

This bizarre state is theoretically capable of absorbing thermal energy from colder as well as hotter spaces, making it an extreme temperature monster.

In this universe, machines can work at over 100% efficiency and feed on both hot and cold air, seemingly defying the laws of thermodynamics.