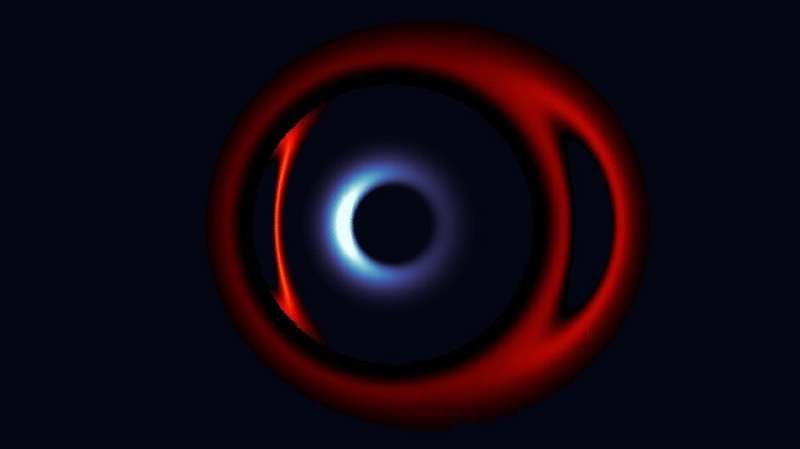 The research of black holes has progressed dramatically in recent years. Scientists at the Laser Interferometer Gravitational-Wave Observatory discovered the first gravitational waves in 2015. (LIGO).

This discovery backed up what Einstein anticipated with General Relativity a century ago and provided new understanding on black hole mergers.

Scientists from the Event Horizon Telescope (EHT) Collaboration published the first photograph of a SuperMassive Black Hole (SMBH) at the center of the M87 galaxy in 2019.

The EHT also reported earlier this month that it had captured the first photograph of Sagittarius A*, the black hole at the heart of the Milky Way Galaxy.

Can We Use Another Approach While Observing The Black Holes?

A pair of Columbia University academics presented a novel and perhaps easier approach to investigating black holes just in time for Black Hole Week (May 2nd to May 6th).

Their technology, in particular, could allow researchers to investigate black holes smaller than M87* in galaxies far beyond M87.

Zoltán Haiman (a professor of astronomy at Columbia University) and Jordy Davelaar, a theoretical astrophysicist at Columbia, the Flatiron Institute in New York, and a member of the EHT Collaboration, devised this new imaging method.

Complementary papers published in Physical Review Letters and Physical Review D recently described their strategy. Interferometry and Gravitational Lensing are combined in their technique, as stated in these studies.

How Does Gravitational Lensing Work?

By using many devices to gather light from distant sources and then combining it to create a composite image is the first method.

The EHT Collaboration was able to take photos of the brilliant rings surrounding M87* and Sagittarius A* using this technique among other objects. The gravitational force of a big object (such as a black hole or galaxy) is used to magnify and enhance the light of a distant object in the latter scenario.

What Are The Ways We Can Use This Method?

Astronomers will be able to magnify the luminous disc of the more distant black hole by watching a binary black hole system edge-on as one passes in front of the other (known as transits), as Haiman and Davelaar explain. “These discoveries, however, will show another intriguing trait.”

According to Haiman and Davelaar, there will be a clear decrease in brightness as two black holes pass in front of each other, corresponding to the “shadow” of the more distant black hole.

These dips can last anywhere from a few hours to days, depending on how large the black holes are and how closely their orbits are linked.

The size and shape of the shadow cast by the BHs event horizon, the point at which nothing can evade its gravitational influence, can also be estimated using the length of the dip (not even light).

“Creating that high-resolution photograph of the M87 black holes took years and a significant effort from dozens of scientists.” That method only works for the largest and closest black holes, such as the pair at the center of M87 and possibly our Milky Way.

“You don’t need to resolve each object physically with our technique because you measure the brightness of black holes over time. Many galaxies should have this signal.”

Is There Any Mysterious Feature Of Black Hole?

According to Haiman, the most mysterious and informative feature of a black hole is its shadow. “That dark spot tells us about the black hole’s size, the curvature of spacetime around it, and how matter falls into the black hole along its horizon,” he explained.

After detecting a possible pair of supermassive black holes (“Spikey”) at the heart of a galaxy that existed during the early Universe, in 2020, Haiman and his colleagues got interested in the phenomena.

When Was this Discovery Made?

The discovery was made while the team was looking at data from the Kepler Space Telescope, which was used to monitor distant stars for minuscule brightness dips that could indicate the presence of transiting exoplanets or the Transit Method.

What Was There In The Kepler Data?

The Kepler data, on the other hand, suggested that the flaring effect was created by a pair of transiting black holes that were visible edge-on. The moniker came from the bright spikes caused by the black holes’ suspected lensing effect as they passed in front of one another.

Haiman requested the help of his postdoc (Davelaar) to create a model for the flare in order to learn more about it. While the model validated the spikes, it also revealed an unexplained periodic dip in brightness. After ruling out the idea that the signal was caused by model mistakes, they concluded that it was real and began hunting for a physical explanation to explain it.

They eventually determined that each drop nearly matched the time it took the BHs to transit relative to the observer.

Astrophysicists and quantum physicists alike could benefit greatly from the discovery of this shadow. As part of an ongoing attempt to test General Relativity under the most extreme settings and situations, astronomers have been looking for these shadows.

These experiments may lead to a better understanding of how gravity and quantum forces interact, allowing physicists to eventually figure out how the four fundamental forces of existence — electromagnetic, weak nuclear forces, strong nuclear forces, and gravity.

What Are The Three Forces That Control All The Matter And Energy Interactions?

Scientists have known how three forces that control all matter-energy interactions function for decades. All attempts to explain gravity (the weakest of the four forces) in quantum terms have failed. As a result, even the brightest scientists have struggled to come up with a “quantum gravity” or “Theory of Everything” (ToE) theory.

Einstein and Stephen Hawking, for example, have spent the better part of their professional careers trying to locate one.

Meanwhile, Haiman and Davelaar are searching for further telescope data to confirm the Kepler findings and prove that “Spikey” is indeed home to a pair of merging black holes. If and when their method is proven, it will almost certainly be applied to the about 150 pairs of merging SMBHs that have been spotted but have yet to be confirmed.

Next-generation telescopes will be available in the coming years, providing more possibilities to test this technology.

The Vera C. Rubin Observatory, for example, is a huge telescope in Chile that will open later this year. Rubin will perform the 10-year Legacy Survey of Space and Time (LSST), which will involve the observation of over 100 million SMBHs, once it is operational.

Scientists should not have to wait long for a breakthrough because there are so many options to look into. “We could detect many of these black hole dips even if just a small proportion of these black hole binaries has the appropriate conditions to measure our suggested effect,” Davelaar said.