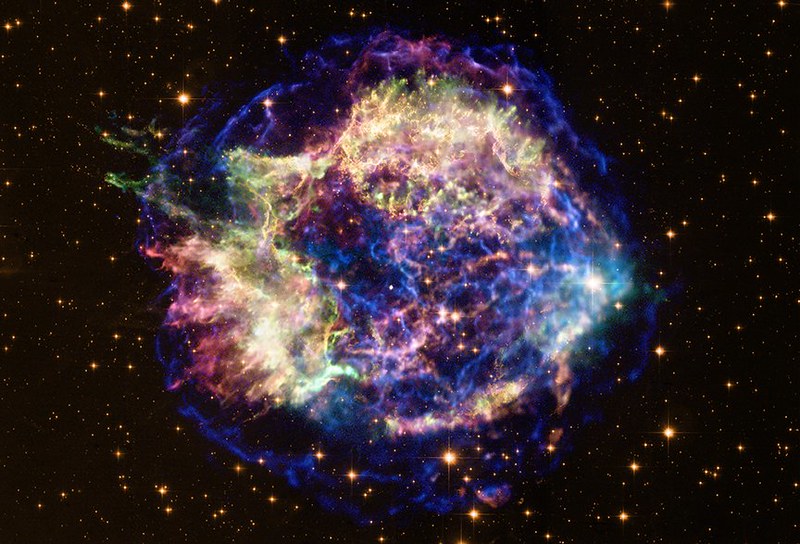 As we all know about Supernovas being one of the miraculous wonders of space caused due to the death of the star, the resulting debris having forward shock waves (also called blast waves) due to the explosion of the star travel alongside the debris with a very high speed.

While the shock waves travel forward, the surrounding material (gases) gets in its way and slows these waves down, thus resulting in reverse shock waves.

The team of astronomers reported in “The Astrophysical Journal” that they aimed at studying the G344.7-0.1 remnant. The Chandra X-Ray observatory noted the type 1(a) supernova responsible for the Supernova remnant (G344.7-0.1) at least 19,600 light-years away.

G344.7-0.1 having the reverse shockwave reaching its core and being 3000-6000 years old is the main reason for the first choice by the scientists and the team of astronomers.

The reason scientists did not choose other Supernovas (Kepler, Tycho, and SN 1006) for the study was that they are not too old (approx. thousand years) and are still counted in younger Supernova remnants. These Supernovas have incomplete reverse shockwaves that have not reached the core yet.

G344.7-0.1 initially was a light white dwarf that become highly unstable by extracting the matter from its nearby star and exploded. After the explosion, the G344.7-0.1 Supernova left behind various new and heavy elements (particularly Silicon and Iron).

The debris of the Supernova encountered resistance from the surrounding gases and resulted in reverse Shock waves. The debris formed due to the explosion is known by the name Cassiopeia A or Cas A. This debris was first noted on July 23, 1999, by Chandra Observatory right after its launch.

The astronomers captured the G344.7-0.1 in the X-ray, Infrared, and radio region of the electromagnetic spectrum, and the reason they were able to capture it was because of the reverse shockwaves energizing the elemental remains of Supernova G344.7-0.1 and illuminating it.

Q- What is a Supernova shock wave?

Ans- A Supernova shock wave is a wave that travels along with the debris in the interstellar space of Supernova produced after the sudden explosion of an unstable star.

Q- Which waves are produced by Supernova explosions?

Q- What causes the Shock wave in a Supernova?

ANS- As already discussed, Supernova is a death of a star in short. When the Supernova becomes highly unstable or gets out of the fuel, the outward pressure from the core bursts the star leaving behind the neutron star. The resulting shock wave is produced which travels along with the debris in interstellar space. The forward shock wave encounters the resistance of the surrounding gases due to which another wave known as “Reverse shock wave is also produced”.

Q- How fast does the shockwave of Supernova travels?

Ans- The Shock waves of Supernova usually travel with the speed of 8 miles per second. If we convert it into hours, the Supernova shock waves travel 28,800 mph (46,440 km/h).