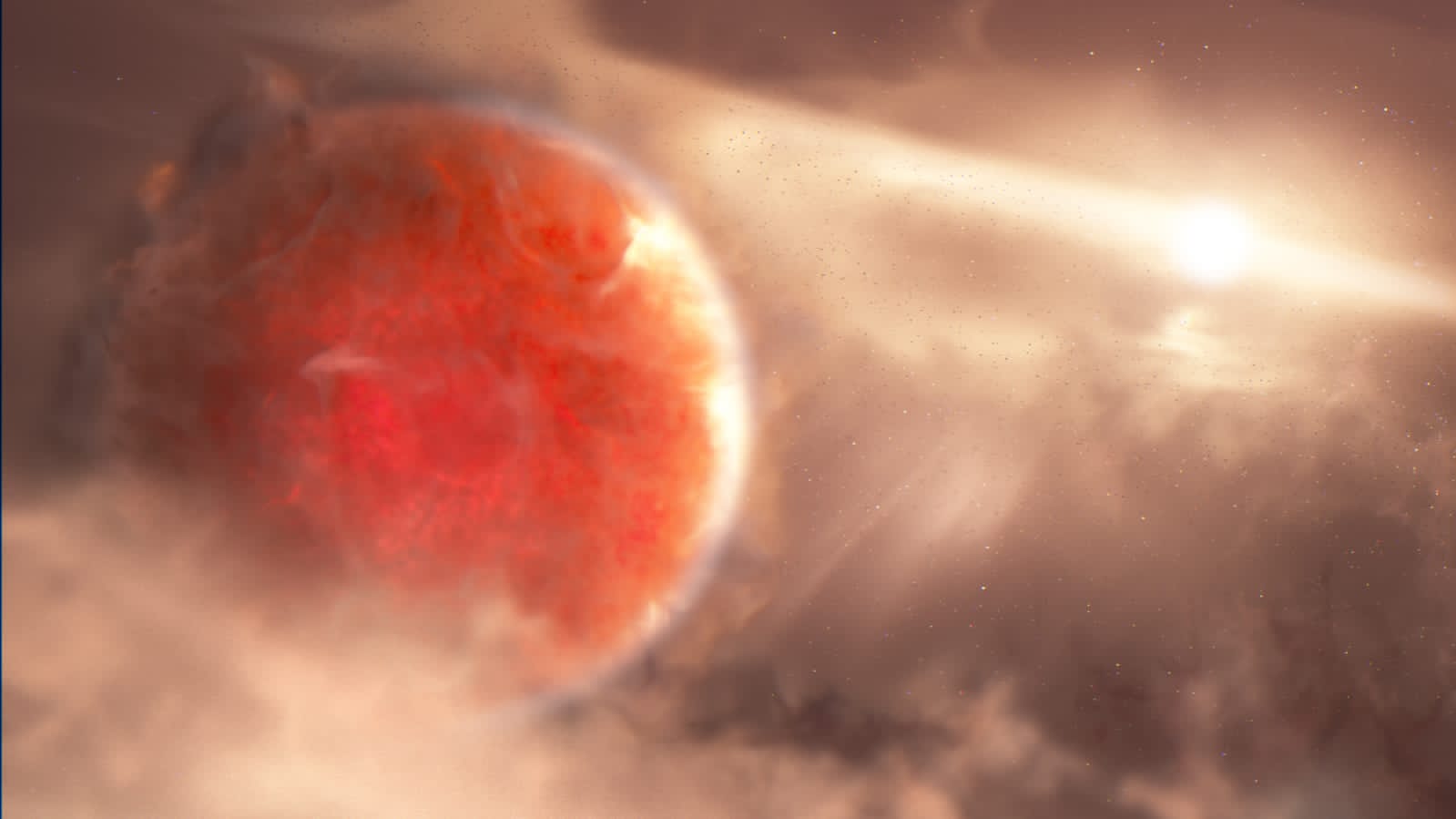 Interpreting this system is extremely challenging. This is one of the reasons why we needed Hubble for this project – a clean image to better separate the light from the disk and any planet.

By Thayne Currie, lead researcher on the study

How amazing would it be if we were able to see how Jupiter was born and how majestic that would look, but we do not have to turn the clock back. We just have to look at the pictures taken by the Hubble telescope.

The Hubble Telescope, used by NASA and the Subaru Telescope, captures the amazing structure of the planet. The NASA image shows the planet almost in the womb itself. It is a gas giant in the early stages of birth.

A study that was published on Monday in the journal Nature Astronomy states that the baby exoplanet was photographed nearly 508 light years apart from our solar system.

The lead author of the study and astronomer Thayne Currie of the Nasa-Ames Research Center said, “We find evidence of the Jovian protoplanet surrounding the AB Aurigae orbiting the proposed wide divergence(~ 93 au), which may be responsible for many planetary factors. However, it is still too early for its ‘birth’ process.

A planer on formation is known as the protoplanet. The Hubble Space Telescope identified two such planets located at 430–580 au, planetary sites. AB Aurigae, however, is three times farther away than Neptune from the Sun and 93 times bigger than the Earth.

Read: NASA Confirms More Than 5000 Planets Beyond Our Solar System

How Do We Know That Its Formation Of A Planet?

There is further evidence to suggest the formation of an exoplanet using the fall of the gravitational force to lower gas clouds, instead of the accumulation of dust and rocks that appear gradually.

Astronomers have also suggested that the planet may have formed as a result of the cooling of the disc around its sun. This could cause the gravitational force to split into one or more of the larger masses that make up the planets.

The planet is already nine times heavier than the giant Jupiter and is one of the largest exoplanets astronomers have ever seen. If it were a little bigger, they would fall into the brown dwarf phase, or celestial body between planet and star.

Jupiter contains the same gases as the Sun, which are hydrogen and helium.
Significantly, if our Jupiter were much larger, they would have a possibility of being the Sun itself. Since it did not reach that type of weight, it is now classified as a failed star.