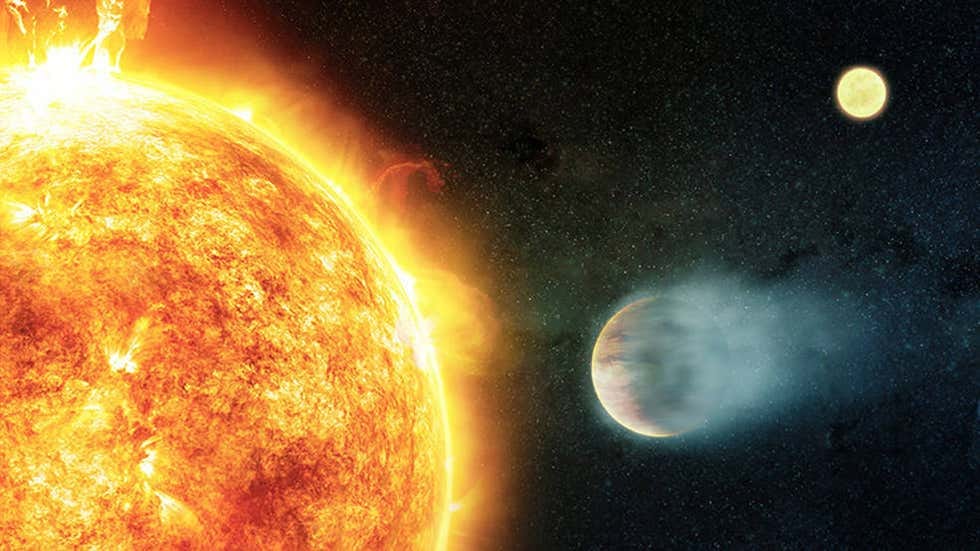 You know how some celebrities seem to age nothing at all? And no, we’re not referring to Anil Kapoor, Keanu Reeves, or any other genetically endowed human beings; rather, we’re referring to actual heavenly stars that depend on the planets they orbit to keep them young.

Previous studies have demonstrated that gas-giant planets known as “hot Jupiters,” or those that circle stars at or near Mercury’s distance, exert tidal stresses on their host stars that cause them to spin more quickly than they would otherwise. The host star becomes more active and emits more X-rays as a result of its rapid spin, traits that are frequently connected to a young star.

However, there hasn’t been any hard evidence up to now to support the anti-aging capabilities of these planets.

What Was The Observation Of NASA’s Chandra X-ray Observatory?

Based on the results of NASA’s Chandra X-ray Observatory, a new investigation was carried out to determine whether planets can occasionally cause their host stars to behave younger than their actual age. According to NASA, its results might be the strongest proof yet of this strange phenomenon.

Nikoleta Ilic, the study’s lead author from the Leibniz Institute for Astrophysics Potsdam (AIP) in Germany, explained that in order to determine if an effect is real or an anomaly, a study with a large number of patients is necessary. This work gives us the assurance that these hot Jupiters are truly making the stars they orbit act younger than they are, which is also true in astronomy.

What Happens When A Star Doesn’t Behave Its Age?

Astronomers can estimate a star’s age using a number of factors. For instance, stars age and tend to slow down in activity and rotation as well as produce fewer outbursts. Like humans, some people, though, have a tendency to defy aging and refuse to “look” their age.

This makes it more difficult for academics who are studying them to determine whether they are genuinely young or are acting that way.

The latest Chandra study examined binary (double-star) scenarios where the stars are widely distant from one another but only one of them has a hot Jupiter orbiting it in order to resolve this puzzle. This is because binary stars are born together, just like human twins.

The planet-free star might serve as a control for the study because there is too much space between the stars for them to interact or for the hot Jupiter to have any impact on the other star.

To determine how “young” a star is acting, the researchers employed X-rays. By investigating nearly three dozen systems in X-rays for signs of planet-to-star interaction, they discovered that stars with hot Jupiters tended to be brighter and more active than their companion stars without hot Jupiters.

They now had the statistical proof they needed to claim that some planets do influence and preserve the youth of their stars!