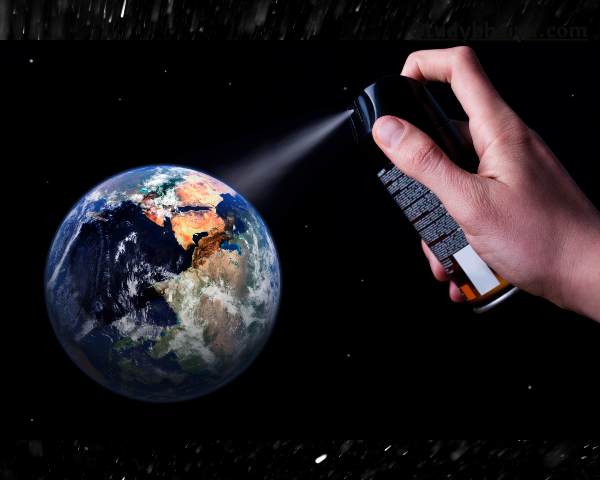 There are miraculous things when we look around our Environment. From the macroscopic arena to the Microscopic arena, everything is a miracle. Everything is in perfect balance and harmony. One cannot find even a single fault in the universe and the various scientific processes associated with the Universe.

Thus, there is no scope of any kind of fault in any scientific process associated with our environment. One such miracle is the Ozone Layer.

In this article, we will study. What is the current status of Ozone layer?, its functions, its causes of depletion, its effect on the Environment, and much more in a detail.

Known as the lowest layer of the atmosphere, the fresh air is available to us from this layer to breathe. Usually lying up to 10km from the Ground level, the temperature and pressure in this layer gradually decrease as we go higher in this layer.

It is home to the Ozone layer and approx. Ninety (90) percent of Ozone lies in this layer. The Stratosphere is second to Troposphere and goes to a maximum altitude of 50Km. The higher we move in the stratosphere, the more temperature becomes warmer (as the Ozone absorbs UV rays from the sun and blocks them to enter the Earth)

It is the third to Troposphere and Stratosphere and is generally the cold layer in the atmosphere (due to the fact that very few to no gas molecules are there to absorb UV radiations from the Sun.

As the name suggests, being the home of X-RAYS and direct UV (Ultraviolet) rays coming from the sun, the thermosphere has an extremely high temperature (reaching up to 2000°C). This layer usually is situated between 500-1000 Km above the Earth.

The Exosphere is the last layer of the atmosphere and extends up to 10,000Km. The conditions in this layer are almost similar to that of space, as the air in this layer is very thin and thus a large amount of air is leaked out into the space from this layer.

Ozone layer and its function:

The Ozone molecule is made up of three molecules of Oxygen and is available freely in the atmosphere. When the Nascent Oxygen [O} reacts with the Oxygen molecule (O2), it forms Ozone. Ozone is basically the colorless gas in the atmosphere and it is hihly reactive too.

The main function of Ozone in the Ozone layer of atmosphere is to protect the Earth and the Environment from Harmful Ultraviolet (UV) radiations. The UV radiations are not only harmful to the human life but also to various species of plants and animals.

In short, the direct UV radiations coming to the Earth harms the full environment. The UV-B radiations from the sun can cause various skin cancer according to various health professional and environmentalists, and may also destroy the immune system (immunity power) of animals and Human beings.

The UV-B rays may also harm the DNA and genes of the living species. However, some amount of DNA-B is also necessary for Humans (as it is the vital source for obtaining Vitamin-D which makes our bones strong).UV-A rays are however is little transparent to the Ozone Layer and not highly dangerous to life forms as compared to UV-B and UV-C rays coming from the sun.

Cause of Ozone Layer Depletion:

However, of all the “Ozone Depleting Substances (ODS)”, the free radicals of two gases (Chlorine and Bromine) released into higher amounts in the atmosphere depletes the Ozone layer most and is lethal to the planet and the survival of biodiversity.

These after reaching the Stratosphere get unstable and become free radicals. These free radicals then initiate the chain reaction with the Ozone (O3) of the Ozone layer in the atmosphere. One free radical of Bromine can destroy 10,000 molecules of Ozone. This is how much the danger Chlorine and Bromine released from various Organohalogen compounds can pose to the Ozone layer.

Also, various poisonous gases released into the air from the factories and industries are also responsible for the depletion of the Ozone layer and increase in the Global warming of the Earth.

Can humans survive without the Ozone Layer?

The short answer is, No! As already explained above, the Harmful UV-B and UV-C radiation from the sun are harmful to the various life forms (plants, animals, and even marine life).

Thus, neither Humans nor other life forms besides Humans can survive without the Ozone Layer.

The “Ozone Hole” is also the most used term just like the “Ozone Layer”. Due to the depletion of the Ozone Layer, the harmful UV radiations from the sun can come and pass through the Stratosphere layer of the atmosphere and reaching the Earth.

Thus, the depleted region created inside the stratosphere acts just the hole for the harmful Ultraviolet Radiations (UV radiations) from the Earth. However, this does not mean that Ozone-Hole signifies the Zero percentage of Ozone in the atmosphere.

Where is the biggest Ozone Hole?

The biggest “Ozone Hole” has been highly associated with the Antarctic region (as the studies and various authentic reports from the scientists and environmentalists suggest that the Ozone depletion near the Antarctic region is sufficiently high as compared to other regions in 2020).

There is no continuous improvement in the replenishment of the Ozone layer. However, some reports suggested that the Ozone layer near the Polar regions will start to replenish between 2015-2018, however, there is no solid ground proof for the same.

The CFCs are in high use since the mid-80s and 90s era. Various countries banned the use of CFCs in the past. However, there was no significant improvement even at that time. The 2020 reports suggest that the Ozone Hole is pretty much big near the Antarctic region.

According to the Guardian, the 2021 Ozone Hole is much bigger than the previous 2020 Antarctic Ozone Hole. Thus, the Ozone Hole is continuously getting bigger each year.

The environmentalists however suggest that if somehow the Ozone Hole shrinks in the upcoming year, then this does not necessarily mean that the Ozone Hole has started to heal. The replenishment of the Ozone layer must be continuous and there must not be any break during its replenishment.

Is the Ozone Hole Permanent?

The Ozone Hole is the result of the depletion of the Ozone layer due to the several Ozone Depleting Substances (ODS), and through various activities by us resulting in air pollution and release of harmful gases destructive to the Ozone Layer.

However, if proper management and care are taken to educate the people and various scientific researches and discoveries will be promoted for the replenishment of the Ozone layer, then the Ozone Hole will start to shrink, and the Ozone layer (also the Earth) will start getting replenished.

However, this will just be a dream and the target is impossible to achieve.

Ways to conserve the Ozone Layer:

The Ozone Layer Depletion is a reality. People who consider it a myth must first do their researches properly before arguing on this highly debated topic. Tons of evidence is there to support the Ozone layer Depletion, which can’t be denied by any high intellectual.

Thus, people must be aware of the necessary ways to conserve the Ozone Layer. There are many ways through which a large amount of Ozone could be conserved.

People must be taught by various Organizations of the UN (United Nations) to conserve the depletion of the Ozone Layer. Several meetings and online webinars must be organized monthly for individuals living all over the world.

Remember, the more aware we are of our environment, the more healthy and long our lifestyle would be!