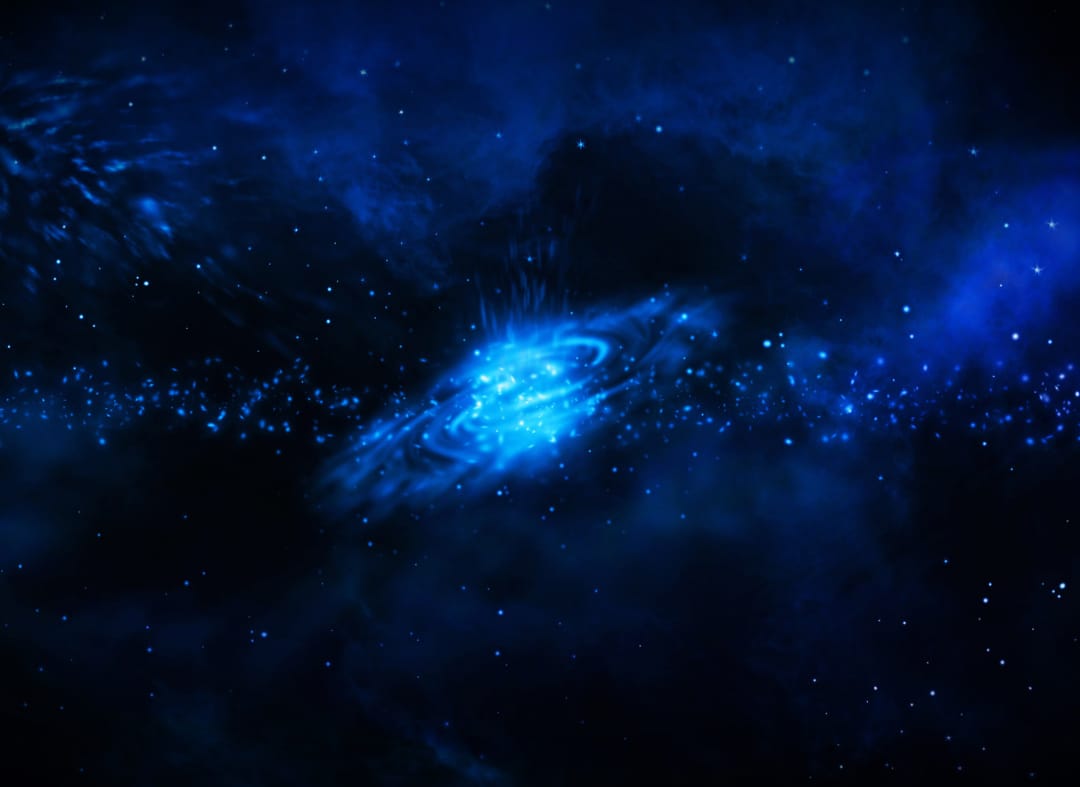 A group of astronomers has discovered a slowly revolving galaxy in the early Universe using the ALMA telescope. That galaxy is far slower than galaxies today and is the youngest galaxy ever discovered with a measured rotation.

All galaxies revolve, and they typically do so very quickly. For instance, the Milky Way galaxy rotates at a rate of more than 200 km/s.

Why Do Galaxies Revolve?

However, scientists still don’t fully comprehend how galaxies accelerate to these rates. The only way to know is to measure galaxies over cosmic time and compile an evolution map of galaxies.

But because of gravitational lensing caused by the massive galaxy cluster through which the light from that galaxy passes, MACS1149-JD1 is magnified. This magnification allows astronomers to see the galaxy.

MACS1149-JD 1, one of the youngest known galaxies, was discovered when the universe was only 500 million years old. The group utilised ALMA to investigate O III, or doubly ionised oxygen, in the galaxy’s disc.

They next created a model of the galaxy’s disk’s size and rotational speed to compare with observations.

According to Akio K. Inoue, a co-author of the study and professor at Waseda University, “JD1 is likely in an initial stage of developing a rotational motion because the rotation speed of JD1 is significantly slower than those discovered in galaxies in subsequent epochs and our [Milky Way] Galaxy.”