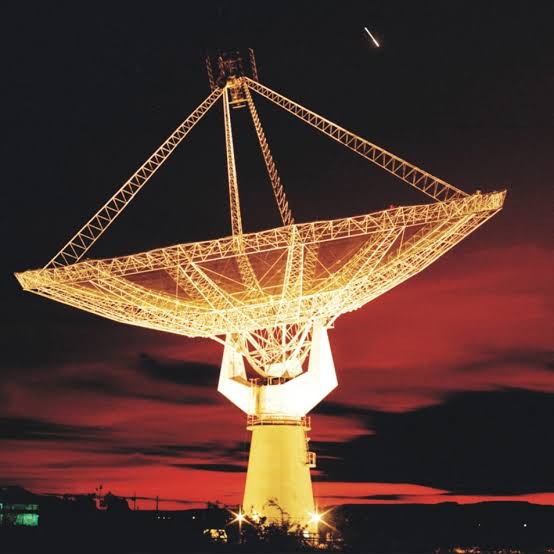 A significant component of the universe is hydrogen. The characteristics of its presence, whether reduced to its charged core or crammed into a molecule, can reveal a lot about the features of the universe on the biggest scales.

The detection of signals from this element, wherever it may be present, is therefore of great interest to astronomers. The optical signature of uncharged, atomic hydrogen has now been detected at a distance from Earth that is significantly greater than ever before.

A signal with a massive 8.8 billion-year lookback time—the interval between the light’s emission and detection—was discovered by the Giant Metrewave Radio Telescope (GMRT) in India.

Such gives us a fascinating look at some of the universe’s earliest moments, which are thought to be around 13.8 billion years old at the time.

Arnab Chakraborty, a cosmologist at McGill University in Canada, claims that galaxies generate several types of radio transmissions. We have only been able to learn about the galaxies closest to Earth up until now because we were able to capture this specific signal from a nearby galaxy.

A light wave with a length of 21 centimetres is used in this instance to represent the radio signal produced by atomic hydrogen. The previous record lookback period was only 4.4 billion years; long waves are not extremely strong, nor is the light intense, making it difficult to detect at a distance.

Occurence Of “Redshifting Of Light ” And “Gravitational Lensing”

The emission line had expanded to 48 centimetres from its original 21 centimetre length due to the great distance it had travelled before being detected by the GMRT, a process known as “redshifting of light.”

The signal, which comes from the far-off star-forming galaxy SDSSJ0826+5630, was discovered by the team using gravitational lensing.

When a large object is located between our telescopes and the original source of light, the curved space surrounding the object acts as a large lens, magnifying light as it passes through it. This phenomenon is known as gravitational lensing.

According to astronomer Nirupam Roy from the Indian Institute of Science, “in this particular scenario, the signal is distorted by the existence of another huge body, another galaxy, between the target and the observer.

“This effectively magnifies the signal by a factor of 30, enabling the telescope to detect it.” Astronomers will be encouraged by the findings of this study since they indicate that distances and lookback times that were previously unattainable are now very much feasible.

If the stars are right, that is. As hot, ionised gas from a galaxy’s environs begins to fall onto the galaxy and cools along the way, atomic hydrogen is created.

It eventually transforms into molecular hydrogen and stars. Being able to gaze back so far in time can help astronomers gain a better grasp of how the Universe functioned when it was just getting started and can also teach us more about how our own galaxy evolved in the beginning.

The most recent discoveries “open up fascinating new options for exploring the cosmic evolution of neutral gas using existing and upcoming low-frequency radio telescopes in the near future,” the researchers wrote in their report that was recently published.