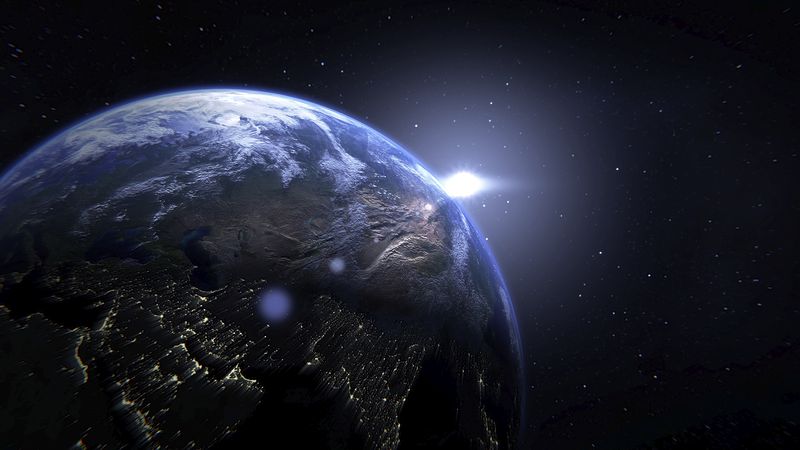 This summer, the Earth had its shortest day ever due to an axis wobble that caused one rotation to take just a fraction of a second less than 24 hours.

According to the website timeanddate.com, June 29 was 1.59 milliseconds shorter than exactly 24 hours or 86,400 seconds.

What Happened To Earth?

The likelihood of the Earth slowing down in recent decades has increased, resulting in somewhat longer days. However, that trend has reversed in recent years, and the days have been getting shorter and shorter.

The first-ever obligation to deduct a second from atomic clocks may arise if the Earth’s speed continues to increase.

Is The Day And Night On Earth Similar?

The spinning of the Earth that we perceive as night and day does not always occur precisely in line with its axis, which is the line connecting the North and South Poles.
It is not a precise sphere, which explains why.

Earth is somewhat elliptical because of the planet’s equator bulge and slightly compressed poles.

Ocean tides and the gravity of the Moon are two other factors that can affect the rotation.

What Is This “Chandler wobble”?

The “Chandler wobble,” a recurring motion, may be the reason why the Earth is rotating more quickly, according to math professor Leonid Zotov.

Astronomer Seth Carlo Chandler discovered the wobble in the late 1880s after observing the poles for 14 months.

Early in the 2000s, this wobble started to slow down, and according to The Telegraph, it has been at historic lows since 2017.

According to Zotov, “it evaporated” between 2017 and 2020. According to timeanddate.com, Zotov is scheduled to present this theory at the Asia Oceania Geosciences Society. Peer review has not yet taken place.

In daily life, Earth wobbles don’t really affect anything. But they must be monitored in order for the atomic clock to continue to be precise enough to properly coordinate GPS and Earth-observing satellites.