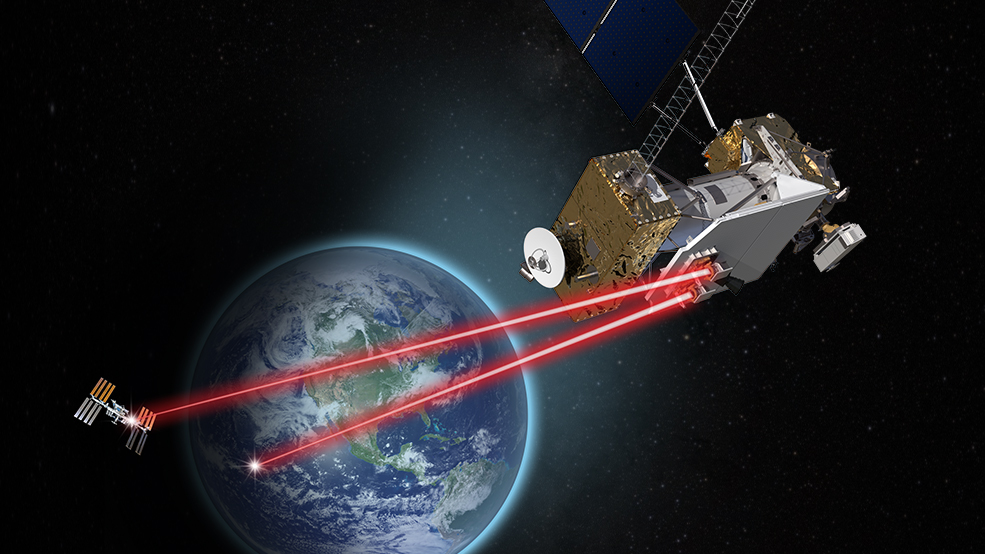 NASA uses lasers to send information to and from Earth, employing invisible beams to traverse the skies, sending terabytes of data—pictures and videos—to increase our knowledge of the universe. This capability is known as laser, or optical, communications, even though these eye-safe, infrared beams can’t be seen by human eyes.

According to Badri Younes, deputy associate administrator and programme manager for Space Communications and Navigation (SCaN) at NASA Headquarters in Washington, “We are pleased by the promise laser communications will give in the future years.”

These missions and demonstrations mark the beginning of NASA’s new Decade of Light, during which time the space agency will collaborate with other governmental organizations and the private sector to significantly enhance communications capabilities for future space exploration and open up a variety of exciting new economic opportunities.

How Are Laser Communications Technologies Different From Conventional Radio Waves?

In comparison to conventional radio waves, laser communications technologies enable missions with higher data rates, allowing them to send and receive more data in a single transmission. The systems are also more versatile, safe, and lightweight. The majority of current NASA missions employ radio frequency communications, although laser communications can enhance them.

NASA granted its approval for LCRD to begin conducting trials in May 2022. The main objective of the mission is to evaluate and improve laser systems through these tests. The capabilities of on-orbit laser relay are being tested, as well as the long-term effects of the atmosphere on laser communications signals. The experiments are being carried out by NASA, other governmental organizations, academia, and industry.

According to Rick Butler, project manager for the LCRD experimenters programme at NASA’s Goddard Space Flight Center in Greenbelt, Maryland, “We will start receiving some experiment results almost immediately, while others are long-term and will take time for trends to emerge during LORD’s two-year experiment period.” The questions the aerospace industry has concerning laser communications as a practical solution for high bandwidth applications will be addressed by LCRD.

“Anyone interested in conducting an experiment should get in touch with the programme,” according to Butler. “We are utilizing the laser communications community, and these trials will demonstrate how optical will function for governments, businesses, and academic institutions.”

NASA is still accepting ideas for fresh research projects that will advance knowledge, improve optical technologies, and find new uses for them.

Even after launch, the LCRD will transmit data from the general public in the form of New Year’s resolutions posted to NASA social media accounts. As an additional demonstration of LORD’s capabilities, these resolutions will be sent from a ground station in California and relayed over LCRD to another ground station in Hawaii.

According to TBIRD Project Manager Beth Keer, “in the past, we’ve built our instruments and spacecraft around the constraint of how much data we can get down or back from orbit to Earth.” “When it comes to the amount of data we can return, optical communications blows that out of the water. It can really change the playing field.”

The Integrated LCRD Low-Earth Orbit User Modem and Amplifier Terminal (ILLUMA-T), which will launch in the Dragon trunk of SpaceX’s 27th commercial resupply services mission to the International Space Station in early 2023, will bring laser communications to the orbiting laboratory and give astronauts living and working there improved data capabilities.

ILLUMA-T will collect data from experiments carried out on the station and transmit it at a speed of 1.2 gigabits per second to LCRD. A full-length movie might be downloaded in under a minute at this speed. Following that, ground stations in Hawaii or California will receive this information from LCRD.

According to Chetan Sayal, project manager for ILLUMA-T at NASA Goddard, “ILLUMA-T and LCRD will collaborate to become the first laser system to demonstrate low-Earth orbit to geosynchronous orbit to ground communications linkages.”

How Laser Will Be Used In Communication?

O2O Project Manager Steve Horowitz remarked, “By integrating new laser communications technology into the Artemis missions, we’re enabling our astronauts with more access to data than ever before. “The more science our lunar explorers can conduct, the more data our equipment can send back to Earth at faster data rates.”

The incorporation of optical systems will be crucial for next NASA missions, whether they include sending laser communications to the Moon, deep space, or near-Earth missions. Because of the increased data rates offered by laser communications, exploration and scientific missions will be able to relay more information back to Earth and learn more about the cosmos. In addition to exploring near-Earth space, NASA will be able to use data from photographs, videos, and experiments to get ready for future missions to Mars and beyond.