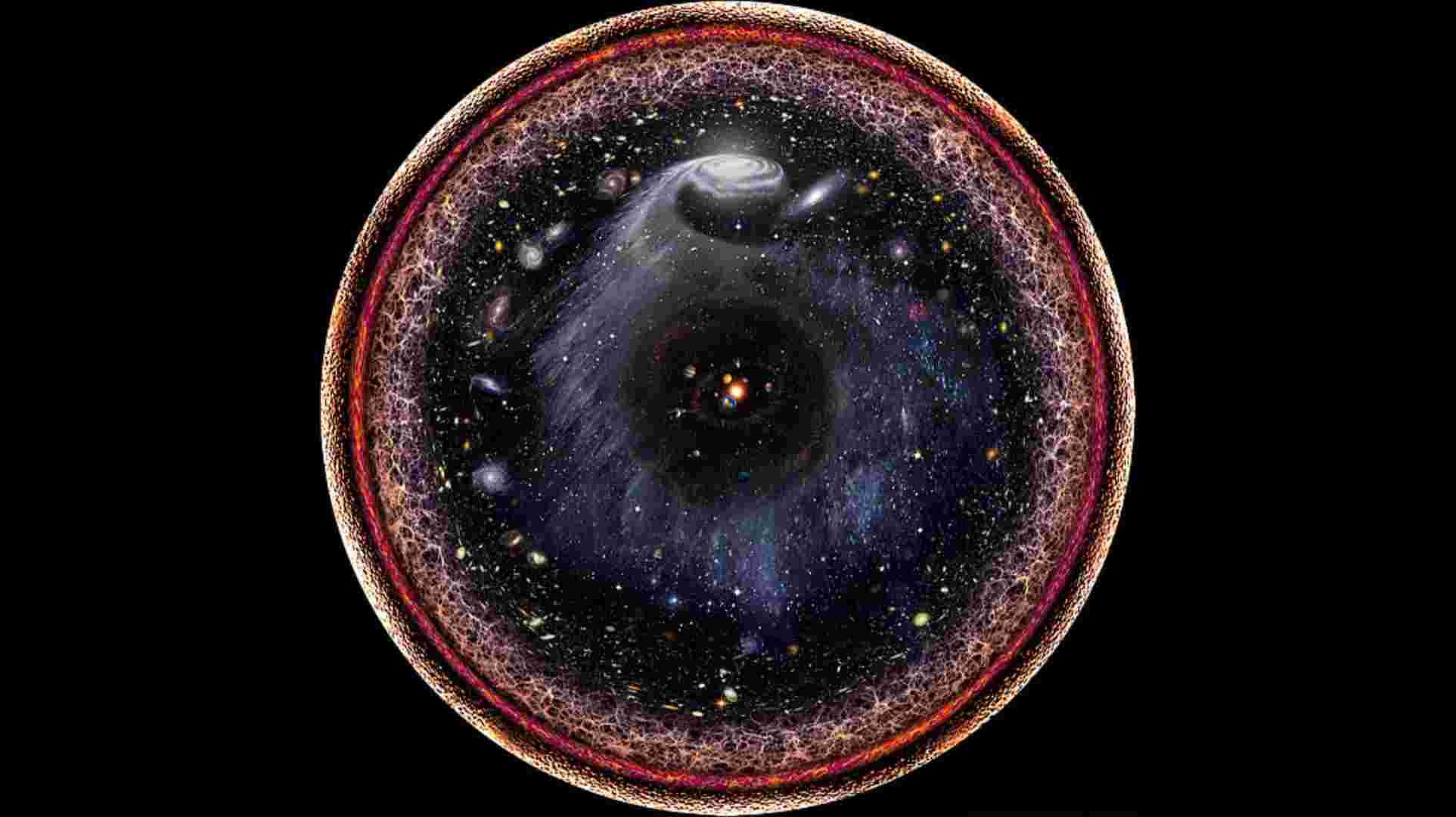 Scientists may have solved a long-standing riddle about the fabric of the universe. Up to 95% of the known cosmos is invisible, meaning it can’t be explained by scientists, and a recently found dark fluid” may be the key to unlocking the mystery.

The element, which has negative mass, combines dark energy and dark matter into a single entity, according to experts.

Dark matter and dark energy unseen entities that scientists have never seen – have long been assumed to make up the parts of the cosmos that current physics cannot measure or explain.

Scientists have no means of describing how the duo fits into the universe’ theoretical puzzle until today. We now think that both dark matter and dark energy may be combined into a fluid that has a form of ‘negative gravity,’ said James Farnes, the team’s leader at the University of Oxford.

If true, it would imply that the missing 95% of the cosmos had an aesthetic solution: we had overlooked a simple minus sign.” The research was published in the journal Astronomy & Astrophysics. Our present universe model, Lambda-CDM, tells us nothing about the physical properties of dark matter and dark energy.

In this article, we will discuss Why is 95% of the universe invisible? So for all the curiosity you have, let us dive straight into the topic.

Vera Rubin, a scientist who made significant contributions to the research of dark matter, was honoured with the name Rubin Observatory. Dark matter is, of course, on the list of things that scientists will investigate with the telescope.

Perhaps the simplest way to explore dark matter is to simply map it. Cosmologists can set ever tighter restrictions on what it could be by determining how much of it there is and how it bunches together around galaxies.

Searching for powerful gravitational lenses is one method of mapping. A huge object’s gravitational force may distort the course of light as it travels through space. The amount of pull an item has is determined by its mass, and dark matter surrounding an object can raise its mass in ways that are otherwise unseen. Light from a galaxy or quasar behind an incredibly huge object can bend so much that it appears as a ring or arc around the object, or even as several pictures of the same galaxy or quasar.

Related: What is the difference between Dark Energy and Dark Matter?

Formation and Repercussions of Dark Matter

Astronomers projected one of two scenarios: the universe has been expanding at about the same rate throughout time, or the cosmos’s growth has slowed as it becomes older. Surprisingly, neither possibility was discovered by the researchers. Instead, the expansion of the cosmos looked to be speeding up. Based on what we understood about the cosmos at the time, this fact could not be explained. All of the mass in the universe should have been drawing the universe inward, much like gravity draws a ball back to earth after it has been tossed into the air.

A science writer named Richard Panek argued that the power of gravity is being counteracted by another force or something on a cosmic scale. People were sceptical at first since the outcome was so unusual. The unexplained element has been dubbed “dark energy” by scientists. Dark energy is the force that appears to be counteracting gravity and speeding up the expansion of the universe, however no one knows precisely what it is or why it exists.

The absence of a satisfactory explanation for dark energy does not appear to have dampened scientists’ excitement for it.Dark energy is considered to be responsible for 70 percent of the universe’s mass and energy. Dark matter makes up another 25% of the universe, leaving only 5% of it made up of ordinary stuff like stars, planets, and people. This illustrates how little we are in the grand scheme of things.

Dark energy may be even more mysterious than dark matter. It’s a more recent finding, and scientists have even less of a chance of comprehending it in the near future. It all began in the mid-1990s, when two teams of academics were attempting to determine the rate at which the universe was growing in order to forecast whether it would continue to expand indefinitely or collapse in on itself in a great crunch.

To do so, scientists employed sophisticated techniques to calculate the distances between numerous burst stars known as supernovas scattered around the cosmos. They then calculated their velocities to see how quickly they were accelerating away from us.

Because the light from very distant stars has travelled millions and billions of light-years to reach us, we are seeing an earlier period in the universe’s history. To illustrate this with a hypothetical scenario, living creatures in a faraway galaxy will most likely perceive dinosaurs roaming the planet when they gaze at it. As a result, looking at the motions of stars at different distances informs us how rapidly the universe was expanding at different times over its existence.

Related: What is the evidence for Dark Energy in the Universe?

The camera in search of the unseen?

The European Space Agency (ESA) hopes to put the Euclid space mission into orbit, with the goal of determining the nature of dark matter and dark energy. NASA has now formally joined the Euclid project, providing funds for 43 US scientists to collaborate with their international peers. They propose to utilise a method called ‘weak lensing’ to look for the unseen, according to Jason Rhodes of the Jet Propulsion Laboratory, the nasa contingent’s scientific head. Einstein’s general theory of relativity asserts that a big foreground object distorts the images of things in the background by warping space-time.

Look at the distortions of thousands of other galaxies behind it to map out the dark matter in a nearby cluster of galaxies. The size and shape of the dark matter cloud that created it may be determined from the pattern of distortions. Euclid would almost certainly not be able to unravel the puzzle of dark matter and dark energy, but considering 40 years of little progress, it’s a start.

Creation and Effects of Dark Matter

In the 1960s and 1970s, astronomers discovered some of the earliest signs that the cosmos may contain more material than we can perceive. Vera Rubin was an astronomer who was studying the speed of stars in different galaxies. According to newtonian physics, stars on the periphery of a galaxy orbit more slowly than stars in the centre. Yet, according to Rubin’s findings, the velocity of stars further out in a galaxy show no sign of slowing. Instead, she discovered that all stars in a galaxy appear to revolve around the centre at about the same rate.

Finally, based on observations and computer calculations, astronomers decided that galaxies must contain far more matter than we can see. The velocities make sense if the stars and gas we observe inside galaxies comprise just a small part of their overall mass. As a result, astronomers used the term dark matter to describe this hitherto undiscovered substance.

Many cosmologists have told us that the cosmos is infinite and continues to grow. We have always had a desire to explore and discover more about the cosmos as humans. For this goal, billions of dollars have been spent on the construction of telescopes. Almost the entire cosmos, on the other hand, is completely invisible. All of the stars, planets, and galaxies visible today make up only 5% of the whole universe.