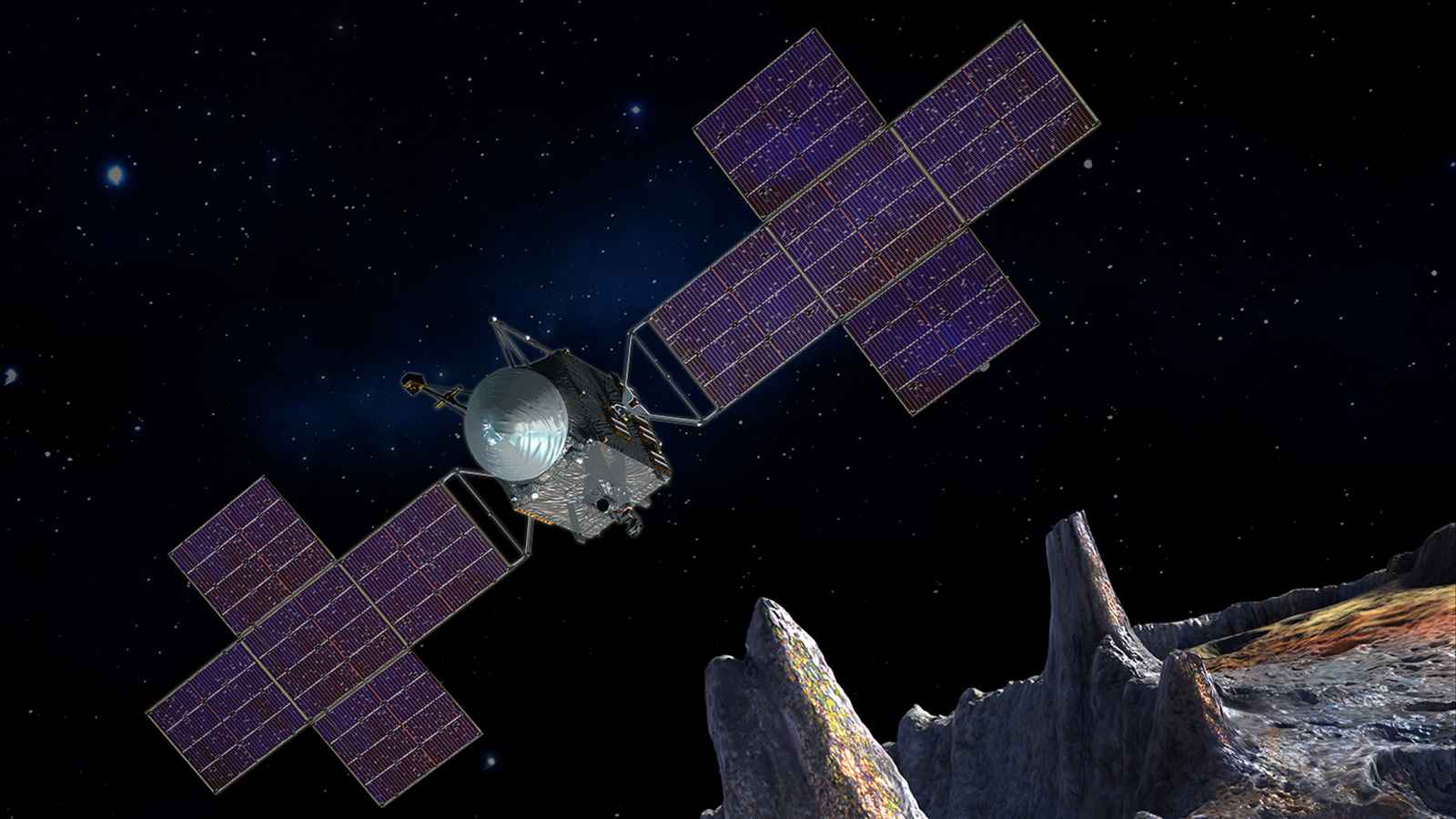 Out of those unique asteroids, there is a metallic asteroid in space about 200 km in diameter (known as 16 Psyche). The asteroid is the exposed nickel-iron core of an early planet and is in the main asteroid belt.

In this article, we will discuss the What is the goal of the NASA’s Psyche mission, and, why the Psyche asteroid is one of the important asteroids for the study.

What Is Nasa’s Psyche Mission?

As told earlier, ‘16’ Psyche is a metallic asteroid in the main asteroid belt and an exposed nickel-iron core of the earlier planet. The exploration of ‘16’ Psyche will help us to understand how planets were formed, and how they separated into layers (Crust, Mantle, and Core).

The mission will also answer the questions related to the early era of the solar system, and the spacecraft sent to ‘16’ Psyche will also study its topography, composition, magnetic and gravitational properties, and other important characteristics.

NASA got the proposal of Psyche mission in early 2014. The team led by ‘Lindy-Elkins Tenton’ at Arizona State University argued that ’16; Psyche being the only metallic asteroid will prove to be essential for study, and also presented a robotic Psyche orbiter. Later, NASA approved the mission on 4 January 2017.

The Psyche mission will commence from around October 2022, with gravity assist to the Psyche Spacecraft from Earth in 2023 and will reach ‘16’ Psyche asteroid in 2026 approx.

There, the Psyche spacecraft will orbit for 21 months observing ‘Psyche Asteroid’ and it will study the composition, characteristics, and features of the asteroid in a more precise and accurate manner, along with other questions and mysteries about planets and solar system to get unsolved.

The spacecraft that will be sent to Psyche will employ various instruments and electronic devices/tools, like magnetometer, Multispectral imager, Gamma-ray, and Neutron spectrometer, e.t.c

Other Objectives Of Psyche Mission

The Psyche Mission to be launched in 2022 is going to be one of the important missions out of many other missions that are going to launch this year in space by NASA.

With so many discoveries related to space, and many missions in the past and current, we are still left with many unanswered questions. So much is to be discovered, and so much is to be revealed in the upcoming years.