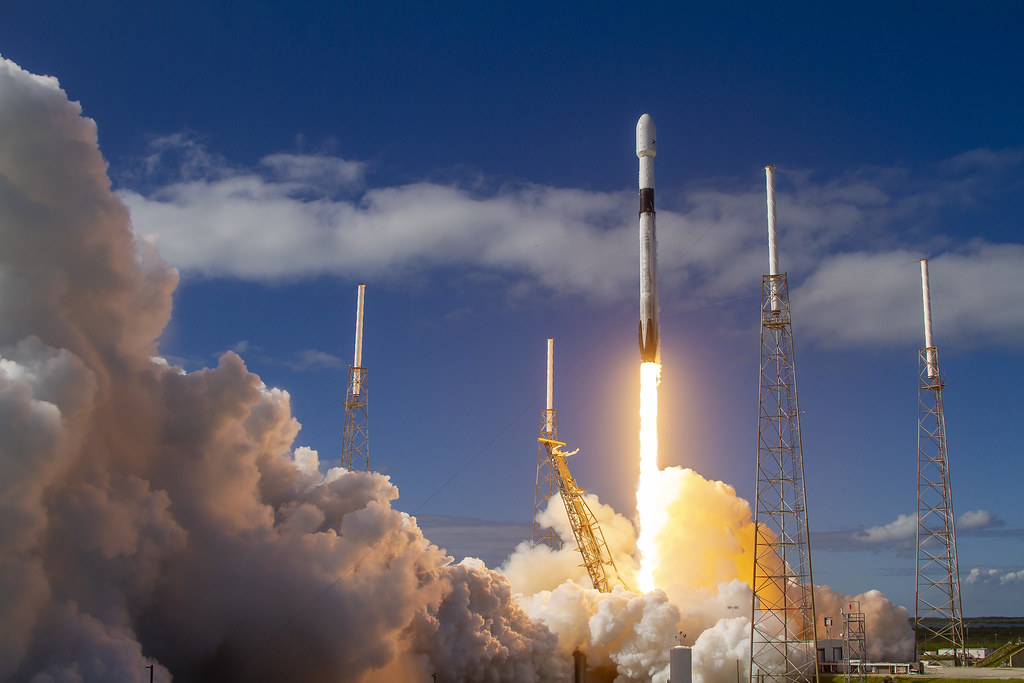 Starlink is a SpaceX project that will use a constellation of low-earth orbit satellites to construct a worldwide broadband network. Elon Musk created SpaceX, formally known as Space Exploration Technologies Corporation, in 2002 as a privately held rocket and spaceship firm.

The purpose of Starlink, according to press releases, is to construct a low-latency internet in orbit that will enable edge computing on Earth. The quickest digital link between London and New York is now approximately 76 milliseconds as of this writing. When fully operational, Starlink is estimated to have a latency of roughly 46 milliseconds.The task of establishing a worldwide network in space is not easy, especially because low latency would be a key need.

SpaceX suggests a large, capable solution: a system of over 42,000 tablet-sized satellites in low orbit across the world. The compact cubesats will provide dense network coverage and low latency due to their low earth orbit.

So, today in this article? We are going to discuss the What is Elon Musk Starlink project?

Starlink’s ultimate goal is to give faster internet to the whole planet, beginning with enhancing internet connectivity in areas of the world that aren’t currently covered by broadband providers.

It enables consumers to connect to the internet via a satellite dish installed on or near their home.The connectivity is transmitted to the dish through a network of SpaceX-orbited Space – based satellites and bss.

The corporation has stated that it intends to invest $11 billion to launch 12,000 tiny satellites into low-Earth orbit capable of transmitting high-speed, low-latency internet to the earth. It has launched 1,700 so far, with 90,000 consumers in 12 countries using the service.

You may expect them to require a lot of ground stations in a lot of areas to maintain continuous service, Craig Moffett, an analyst with MoffettNathanson, told.

Because the satellites do not yet have fibre interconnections, they must maintain continual touch with the earth. According to Moffett, this necessitates a massive number of ground stations.

Satellite internet is online that is sent wirelessly from satellites circling the Earth. It functions in the same manner as satellite television does. The user must have a satellite dish placed in his or her home.

What is the operation of satellite internet?

Radio waves are used to communicate with the satellite in orbit around the Earth. Starting with the user’s internet-enabled device and going through a modem and satellite dish to a satellite in space, data is sent and received by a communication network, which ultimately returns data to network operations center on Earth.

The data returns through the network to space and then to the land-based satellite dish to be sent to devices. Lasers are used by Elon Musk’s Starlink satellites to deliver satellite internet connectivity.

What will Starlink entail?

The business expects to deploy 60 satellites every other week in 2020, with the network being live once several hundred have been sent into orbit. Each unit will contain five lasers, four of which will be active at the same time to allow satellite-to-satellite communication.

The lasers will work in a vacuum and will be quicker than fibre optics in connecting people. (The refractive index of glass decreases the speed of light flowing through fibre optics by 47 percent, making lasers quicker.)

Starlink is expected to bring in $30-50 billion per year, according to SpaceX calculations. The desire for low latency electronic trading links across the Atlantic and Pacific seas will most likely contribute to Starlink’s profitability. As with underwater fibre optics, financial trade industries are likely to spend heavily in LEO satellite constellations.

Related: What are the Advantages and Disadvantages of Starlink?

When will Starlink be able to connect to the internet?

Musk said in a Twitter tweet in April 2020 that a private beta will start three months later. While it has not been verified, it appears that a secret beta test for a restricted group of individuals has begun. In roughly six months, Musk said, a public beta will begin.

People who indicated interest in joining up for the service received emails in late October encouraging them to sign up for the Better Than Nothing Beta test, according. In a February 2021 file with the Federal Communications Commission, SpaceX said that 10,000 people had joined up for the Starlink beta test. In 2021, the entire service is planned to begin.

Where can I get Starlink?

Customers that live between 45 and 53 degrees latitude can currently use Starlink. 1 Additional regions will be added as the satellite constellation expands, until it is available globally. If you live in the northern United States, Canada, Australia, New Zealand, or portions of ten European nations, you can join the Starlink waiting list (including the UK).

If you want to know when Starlink will be accessible in your region, go to the Starlink website and sign up for updates about when the service will be available in your area.

How can I get Starlink Internet?

You can try to join Starlink beta by going to their website and paying a $99 registration fee. You’ll receive an email when service becomes available in your location, however, most individuals have had to wait six months or longer.

Starlink satellite internet is now being tested in areas of the United States, Canada, and 12 other countries, with a focus on those living between 44 and 53 degrees latitude. The service’s official launch date has yet to be disclosed.

Is there a monthly charge for Starlink?

Starlink, SpaceX’s satellite-based internet service, is going to save money on a critical component. The Starlink Kit, which includes the terminal, costs $499, plus an additional $99 per month for access to the service.

Is Starlink compatible with snow?

Dishy, it turns out, was outfitted with some clever features that allow it to function even when its surface is coated with snow. The Starlink dish’s surface does not get particularly warm when this happens, according to the beta tester, but the snow does melt substantially on its surface.

Is Starlink functional during a storm?

Starlink should be installed in a place where snow and other barriers will not limit the field of vision According to the FAQ, Rain or wind may wreak havoc on your satellite internet connection, resulting in decreased speeds or even outages.

Q- What is the goal of the Starlink initiative?

Ans- Through a mega-constellation of satellites in orbit around the world, SpaceX hopes to offer high-speed satellite internet coverage to every corner of the Earth, save the North and South Poles.

Q- What is the goal of Elon Musk’s Starlink project?

Ans- Thousands of tiny satellites will be launched into low Earth orbit as part of Elon Musk’s Starlink project. They’ll be able to send rapid internet signals down to Earth after that.

Q- Is it possible to observe SpaceX Starlink satellites from Earth?

Ans- When SpaceX launches a new batch of satellites, you may see them for a brief moment with your naked eye. They do, however, quickly ascend into orbit. When this happens, they become much less visible, though they may still be seen with the human eye and certainly with telescopes in some conditions.

Q- Is it possible that the Starlink satellites might be dangerous?

Ans- With thousands of Starlink satellites in orbit, there have been some concerns about the quantity of space debris that may be formed. Many experts believe they might pose problems with both crewless and crewed spacecraft, according to this SpaceNews.com storey. The satellites, according to SpaceX, will utilise their inbuilt thrusters to avoid colliding with other orbiting vessels.

1 thought on “What is Elon Musk Starlink project?”