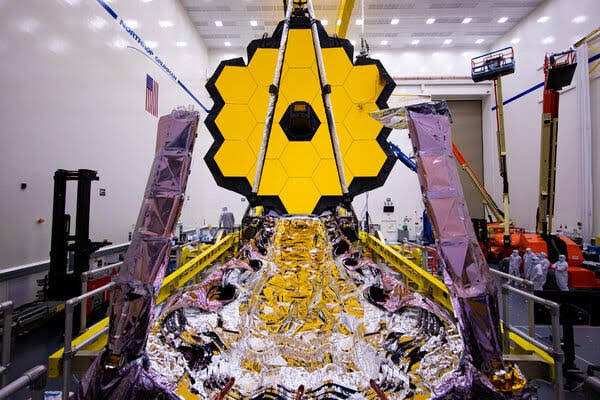 The jaw-dropping James Webb Space Telescope’s first image has already been shown to us JWST. Get pumped because we’re about to see more galaxies if you thought the pristine glimpse of thousands of them was spectacular.

On July 12, at 10.30 am EDT (1430 UTC), scientists will gradually reveal the remaining JWST’s first full-color photographs via a NASA live stream.

Don’t worry if you were annoyed by the protracted hold music prior to US President Joe Biden’s first image release yesterday. You weren’t alone feeling this way.

Since NASA scientists are often quite punctual when it comes to press briefings, and since we have been covering these live updates for a very long time, this one should begin on time.

And in case you forgot how the original picture appeared, here it is once more.

To put the picture into perspective, consider that it shows thousands of galaxies within a piece of sky that is about the size of a grain of sand held out at arm’s length by a person standing on Earth. This deep field into the far reaches of the Universe is known as SMACS 0723.

The area has already been captured by Hubble, but as you can see in the image below, JWST’s detail is a vast improvement.

JWST is able to look back in time to just 100 million years after the Big Bang, or roughly the Universe’s formative years (13.8 billion years ago). All of this is made possible by its enormous primary mirror and capacity to observe the eons-old, elongated infrared light of far-off space.

The light from the very early stars moves from the shorter ultraviolet and visible wavelengths into the longer infrared wavelengths as the Universe expands, which JWST can detect in unprecedented detail.

Nelson stated during a press conference last week at the Space Telescope Science Institute in Baltimore, “If you think about that, this is farther than humanity has ever looked before”.

JWST was put into orbit around the Sun in December of last year, one million miles (1.5 million kilometres) beyond Earth.

What else should we anticipate seeing?

Conveniently, NASA has provided us with a list of JWST’s initial targets.

One of the largest and brightest nebulae in our skies, the Carina Nebula is situated around 7,600 light-years away in the southern constellation of Carina.

Several times, including once in infrared, Hubble observed the Carina Nebula; Webb’s photos are predicted to outperform those from Hubble in this regard. Being primarily an optical and ultraviolet instrument.

Examining the atmospheres of exoplanets, or planets outside the Solar System, is one of the tasks Webb has been given. One of these is WASP-96b, which is a completely fascinating topic for what should be the first of many similar surveys.

In the southern constellation of Vela, the Southern Ring Nebula, also known as NGC 3132, is a stunning, blazing glob that is around 2,000 light-years away. It is the stunning, lovely remnants of a double star that is in the process of dying, and although it is classified similarly to the Carina Nebula, they are more related to astronomical opposites.

As previously indicated, Webb looked into the southern constellation of Volans at a region of the sky known as SMACS 0723 for its first deep field.

Because there are large galaxy clusters in the foreground, SMACS 0723 is a particularly good target for this kind of observation. These have the effect of a huge cosmic telescope. Due to their enormous mass, their gravitational field produces a noticeable curvature of space-time around them, which has the effect of enhancing light from farther away objects.