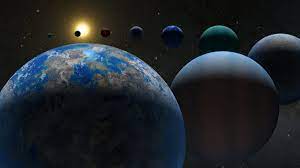 An opportunity to name a planet found by the ground-breaking James Webb Telescope is being offered by the International Astronomical Union, which is a rare opportunity in space. Anyone can name a star online.

Everything in space, including constellations, comets, and objects beyond our solar system, is named by the IAU.

Although the group names the planets, it wants the following batch to be given names by the general public as part of the NameExoWorlds 2022 competition, which marks the 10th anniversary of the group’s Office for Astronomy Outreach. Inviting “communities around the world to connect their own traditions to these far worlds” is the intention.

“It is exciting to have a new NameExoWorlds competition underway to celebrate the 10th anniversary of the Office for Astronomy Outreach. Their work over the past decade has had a global impact, and this competition is yet another way to bring people together through astronomy,” IAU President Debra Elmegreen said in a news release.

How Many Planets Will Be Named?

Twenty names for exoplanets—planets that exist outside of our solar system—are up for grabs.

They will be the first exoplanets that the James Webb Telescope will observe, according to the IAU, making them of “particular importance.” They were found “using a variety of methods, namely the transit method and direct imaging.”

Not only will people name the planets in their submissions, but they will also name the star around which the exoplanet revolves, earning them the privilege of naming a “ExoWorld.”

The IAU has now given the public permission to name ExoWorld three times. In 2019 and 2015, it did so.

What Do You Need To Do To Name A Planet?

The planet or star cannot simply be named after your child, spouse, or pet.What the IAU needs are teams of students, teachers, astronomy fans and astronomers of all levels to get together to determine a name.

The suggested names “should be of persons or places of long-standing cultural, historical, or geographical significance, deserving of being awarded to a celestial object.” The names of the star and planet ought to be related.

Teams must come up with and carry out an exoplanet-related outreach event, such as a live or online event enlightening the public about exoplanets and their relevance, after choosing their names.

Additionally, teams must submit a written essay in English of no more than 300 words along with a native language video of no more than three minutes in length that details their plan, outreach event, and why it should be picked.

When Will The Winners Be Announced?

Teams have until November 11 to submit their names. The IAU will then choose one contribution for nations with numerous submissions after consulting with the National Outreach Coordinator. Voting will take place between December 16 and March 16, 2023, with the results being published on March 20.