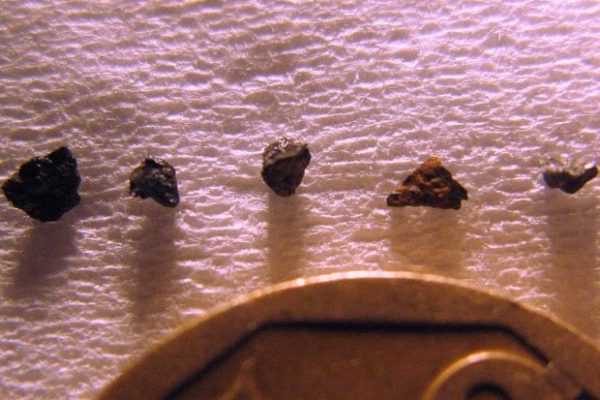 Supernova explosions known as “standard candles” (or type Ia) are among the most intense events in the Universe, occurring when a dense white dwarf star devours another star. Scientists believe they’ve discovered the first trace of a supernova on Earth.

Is There Any Proof Of It Being A Relic Of Supernova?

The proof is based on a thorough examination of the alien Hypatia stone discovered in Egypt in 1996. The chemical makeup and patterning of the rock, among other things, indicate that the shards contain dust and gas cloud remnants from an ‘Ia supernova’.

According to the researchers, that mix of dust and gas would have solidified over billions of years, finally producing the parent body from which Hypatia descended sometime around the time our Solar System was formed.

“We could say that we’ve caught a supernovaI explosion in the act,” says geochemist Jan Kramers of the University of Johannesburg in South Africa. “The gas atoms from the explosion were caught in the surrounding dust cloud, which eventually formed Hypatia’s parent body.”

How Did The Scientists Examine The Relic?

The scientists examined 17 distinct targets on a little sample of Hypatia using comprehensive, non-destructive chemical analytical techniques. Then it was a matter of putting together information regarding the stone’s origins and formation.

What Did The Scientists Found In The Supernova Relic?

An abnormally low quantity of silicon, chromium, and manganese in the rock suggested that it wasn’t created in the inner Solar System. High quantities of iron, sulfur, phosphorus, copper, and vanadium were also discovered, distinguishing the object from anything else in our unique space neighborhood.

The element concentration patterns of Hypatia differed significantly from what we would expect to find in rocks from inside the Solar System and in our Milky Way arm. Further investigation disproves the theory that the rock evolved from a red giant star.

Is Hypatia Really A Supernova Relic?

The researchers were also able to show that Hypatia didn’t match what would be expected if it came from a type II supernova – it has too much iron in comparison to silicon and calcium – leaving the intriguing possibility that it is a remnant from a type Ia supernova, and the first to be discovered on this planet.

According to Kramers, “If this proposal is right, the Hypatia stone would be the first concrete evidence on Earth of a supernova type Ia explosion.”

“Perhaps more importantly, it demonstrates that a single aberrant parcel of dust from outer space might be integrated into the solar nebula from which our Solar System was formed without being entirely mixed in.”

Type Ia supernovae, based on what we know about them, should produce quite odd element concentration patterns in rocks like Hypatia. The team couldn’t discover a better match for the rock after a thorough review of stellar data and modeling.

Several of the 15 elements found in the stone matched what would be expected if it came from an intense white dwarf star explosion.

However, the case is not yet closed. Aluminum, phosphorus, chlorine, potassium, copper, and zinc are among the six elements that do not match type la supernova predictions. The researchers believe that anything from the supernova’s past could explain this.

More investigation is needed to determine science, but it seems that this is the start where we can learn more about our universe and its events.