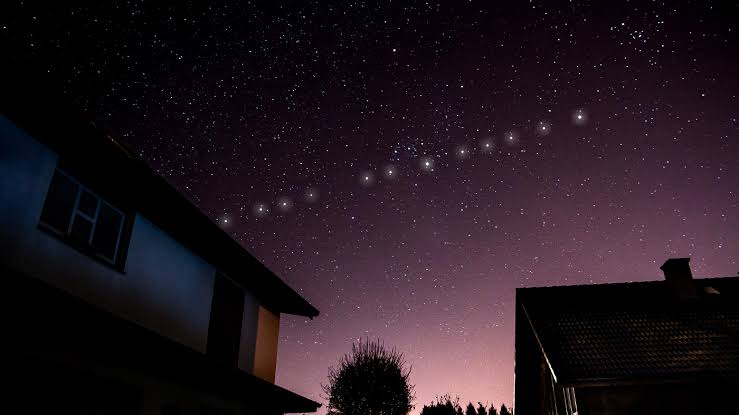 When we think about Elon Musk, we most likely think of his electric car company Tesla, his space exploration venture SpaceX, his drive to take over Twitter, or his involvement in Saturday Night Live or for his mission to move people to Mars by building a colony there.

SpaceX’s billionaire CEO has promised to launch satellites into orbit and provide high-speed broadband Internet access to as many people as possible.

What Is This Starlink?

Starlink’s goal is to virtually sell an Internet connection to anyone on the planet through a growing network of private satellites orbiting overhead.

After several years of development by SpaceX and receiving nearly $885.5 million in FCC grants at the end of 2020, Starlink started its activity in 2021. In January, three years after its release, it surpassed a mark of 1,000 satellites which were delivered into orbit.

Read: What are the Advantages and Disadvantages of Starlink?

How Is Starlink Doing?

Starlink’s business has also gained momentum. The company revealed that Starlink had over 10,000 customers.

Now after expanding pre-orders to a larger audience, launching a second-generation satellite dish for home internet, and exploring in-flight Wi-Fi for airliners, Musk says Starlink is delivering more than 100,000 satellite internet terminals to customers and they said they already did in 14 countries.

The Washington Post said that the list includes Ukraine, where Musk installed an additional satellite internet terminal during the Russian invasion (and attempts to jam the signal), costing US taxpayers $3 million.

Can Starlink Get Globalized?

It is very unclear, but the company seems to be moving forward. In a speech at Mobile World Congress (MWC) last June, Musk told the audience that Starlink would be available worldwide (excluding Arctic and Antarctica) starting in August, but regional availability is subject to regulatory approval.

In September, Musk tweeted that Starlink would end its early beta phase in October, indicating that the service will continue to grow and expand. Nevertheless, emerging broadband providers still face a backlog of prospects waiting to receive their equipment and launch services.

Read more: How SpaceX 42000 satellites will terraform the Earth?

What Are The Controversies About Starlink?

Members of the scientific community have expressed concern about the impact of Starlink’s low-orbit satellites on the visibility of the night sky. Meanwhile, satellite Internet competitors, including Viasat, HughesNet and Amazon Project Kuiper, are also seeing momentum from Starlink and attempting to spark regulatory competition and slow Musk.

Technically a division of SpaceX, Starlink is also the name of the space company’s growing network or “constellation” of orbiting satellites. Development of the network began in 2015 and the first satellite prototype was launched into orbit in 2018.

Since then, SpaceX has deployed thousands of Starlink satellites into the constellation in dozens of successful launches, most recently on April 21st, adding 53 more satellites to low Earth orbit. Thus, the total number of launched satellites reached 2388, of which more than 2000 are active parts of the constellation.

What Is The Mission Of Starlink?

Similar to traditional satellite internet providers like HughesNet or Viasat, Starlink wants to sell internet access to people, especially in rural areas and other places that don’t yet have access to high-speed broadband.

As the Starlink website states, “Starlink is ideal for regions around the world where connectivity is usually an issue.”

“By bypassing traditional terrestrial infrastructure, Starlink can provide high-speed broadband access to locations where access is unstable or completely unavailable.”

Also read: How will the Starlink Satellites position themselves in space?

How Can We Use Starlink Internet?

You just need to establish a connection to set up a small satellite dish in your home so that it can receive the signal and pass bandwidth to your router. The company offers a variety of mounting options for roofs, patios, and exteriors of your home.

There is also a Starlink app for Android and iOS that uses augmented reality to help customers choose the best location and location for their receiver.

Currently, Starlink service is only available in select locations in the United States, Canada and overseas, but the service currently has more than 100,000 satellite terminals shipping to customers and the coverage map will continue to expand as more satellites enter the constellation.. After all, Starlink hopes to cover the entire planet with an available high-speed Wi-Fi signal.

What Will Be The Speed Of The Internet?

Internet category that includes satellite and other forms of connectivity to the homes of people who do not have terrestrial infrastructure.

The Starlink website states, “Users can expect data rates of 50 to 150 megabits per second and latencies of 20 to 40 milliseconds at most locations over the next several months.
“Launching more satellites, installing more ground stations, and improving network software will significantly improve data rates, latency and upload time.”

To that end, Musk said in a tweet in February that he expects the service to double its top speed to 300 Mbps by the end of 2021. Now, in 2022, it is difficult to measure an argument like this, as speed changes with time and location.

How To Apply To Get Starlink Internet?

Starlink accepts reservations on a first-come, first-served basis so you have to request service, pay a $99 deposit, and wait for the queue to pass.

There can be a delay-
During beta testing in 2021, Starlink revealed that some pre-orders in some regions could take up to six months to complete, but Starlink now says that new orders can only be completed in 2023 or later.

The original cost for the service was $99 per month, taxes and fees, and a down payment of $499 for the mountable satellite dishes and routers you need to install in your home.

In March, SpaceX executives raised these prices to $110 per month and charged for the hardware to $599, despite initial predictions that the cost of the hardware would come down over time.

$110 per month is a lot of money for an internet connection. Especially if it’s not as fast as fiber optics. But Musk is betting that it will pay for those who don’t have access to a reliable fast connection so far.

Back in April, SpaceX president Gwynne Shotwell said that Starlink wants pricing to be as simple and transparent as possible and has no plans to introduce service levels.

However, this approach is likely to change in 2022 with the introduction of a new premium tier with scan arrays doubling the size of the standard plan and a download speed of 150,500 Mbps.

The cost for this tier is $500 per month with a down payment of $2,500 for hardware. Starlink is already taking orders for this level and plans to begin service in late 2022.

What Is The Coverage Of Starlink Services?

The Starlink services are currently limited to select regions of select countries. However, as more satellites join the constellation, the coverage map will increase significantly.

Starlink pre-order contracts include the ability to request services in other countries, including Italy, Poland, Spain and Chile.

What Are The Limitations Of Starlink?

Starlink would need at least 10,000 satellites in orbit to claim full service to most of the planet (SpaceX has shown signs that a constellation needs up to 42,000 satellites). Currently,it is only about 20% of the length that covers the area located between 45 and 53 degrees north latitude.

But Musk is positive about the Starlink timeline. In an interview at MWC 2021, Musk said that Starlink will be available worldwide from August, excluding the Arctic and Antarctic.

“We’ve successfully deployed about 1,800 satellites, and once all of these satellites are in operational orbit, they will provide uninterrupted service to the world, so it should be like the September deadline,” she said.

In September, a Twitter user asked Musk when Starlink would end its beta phase. “Next month,” Musk replied.

According to the FCC, which recently added Starlink to its broadband provider database, as of December 2020, when Starlink first released its beta version, 0.08% of Americans had access to the service.

At the time, 100% of customers had access to a maximum download speed of 100Mbps and an upload speed of up to 10Mbps. Future releases from the FCC should give you a good idea of ​​how much the service has grown in a busy 2021. I’ll update this post when that release arrives in 2022.

The internet delivered over fiber optic cable or terrestrial fiber optic cable actually offers much faster download and upload speeds than satellite internet, but as companies like Google tell us, they can’t quickly deploy the infrastructure needed to provide fiber networks to people’s homes.

This isn’t to say that launching a satellite into space isn’t easy, but with fewer and with competitors and far less bureaucracy to overcome, there’s every reason to believe that a service like Starlink will reach the vast majority of unserved communities.

What Is The Future For Starlink?

According to a recent FCC document, Starlink could eventually become a dedicated phone service as well. SpaceX is the only company on the planet that has a landable, reusable rocket that can keep a payload into orbit. This is a huge advantage in the commercial space race.

This is a huge advantage in the commercial space race. Musk also said that in 2018, Starlink will help give SpaceX the revenue it needs to fund the company’s long-standing ambitions to build a base on Mars.

SpaceX will try to create a satellite constellation even on the red planet. This means Starlink customers could be the guinea pigs of the future Mars wireless network.

As Shotwell said in Starlink’s 2016 long-term vision, “If you send a million people to Mars, it’s good to give them a way to connect with them.” “I don’t think people going to Mars will be happy with a horrible old-fashioned radio. They will want an iPhone or Android to be on Mars.”

But with the current maximum speed fixed at 150 Mbps, Starlink satellite internet will not soon come close to the gigabit fiber speeds used by people on the planet, due to the vast distances each transmission must round-trip to your house into the stratosphere.

This is also a factor that increases latency. So, when you’re talking to someone over a satellite connection, you’ll often see awkward pauses during conversations.

Starlink promises to improve existing expectations for satellite communications by launching satellites into orbit at low altitudes that according to the company are 60 times closer to the Earth’s surface than conventional satellites.