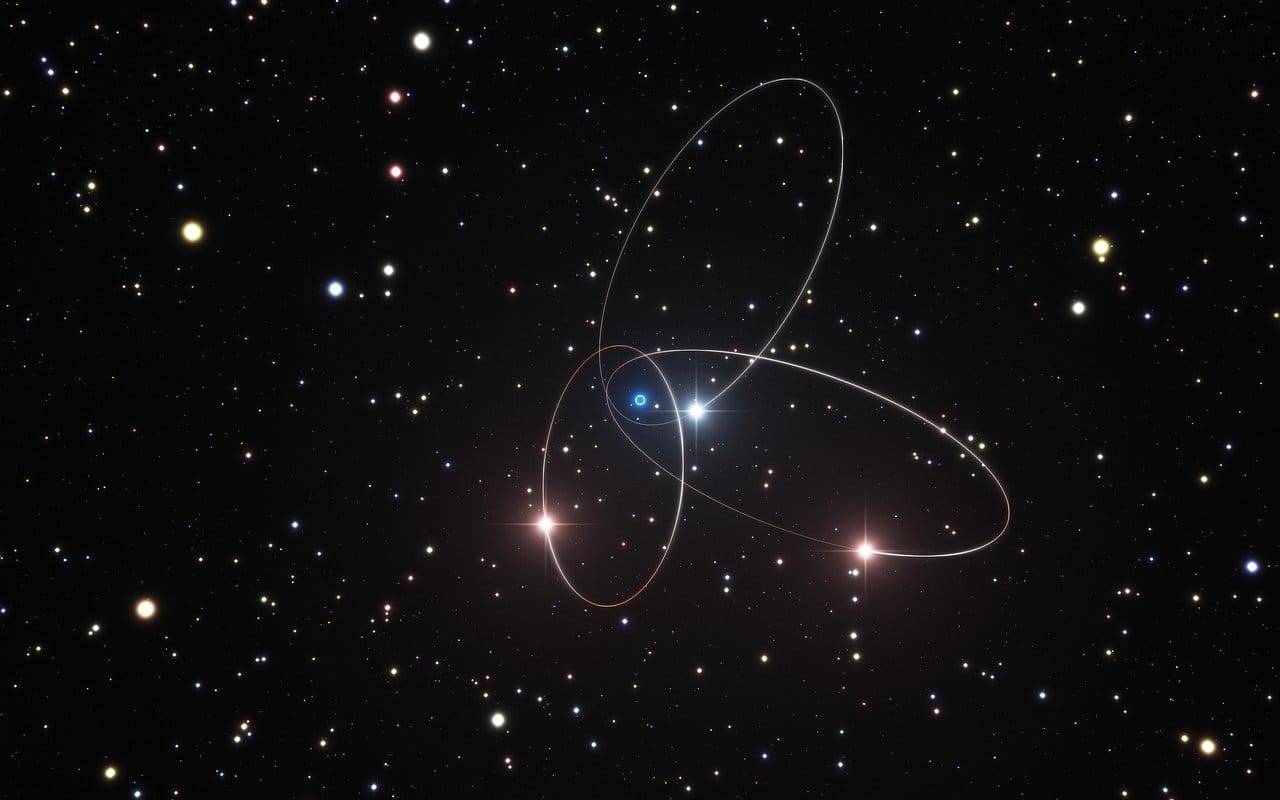 The fastest star in existence has been found by scientists from Masaryk University in Brno, Czech Republic, and the University of Cologne. This star circumnavigates a black hole in record time. The star S4716 travels at a speed of about 8,000 kilometers per second as it rounds Sagittarius A*, the black hole at the heart of our Milky Way, in four years.

Our galaxy’s black hole is located near a cluster of stars that is tightly packed together. There are well over 100 stars in this cluster, known as the S cluster, with varying brightness and masses. S stars move incredibly quickly.

According to Dr. Florian Peissker, main author of the current study, “One prominent component, S2, behaves like a big person sitting in front of you at a movie theater: it blocks your vision of what’s essential.”

“S2 frequently blocks our galaxy’s central region from view as a result. However, we may briefly glimpse the center black hole’s environs.”

What Have Scientists Observe?

How Was This Star Examined?

Five telescopes in total were used to examine the star, and four of them were combined into one huge telescope to enable even more precise and thorough observations.

“It was absolutely unexpected for a star to be in a stable orbit so close and quickly in the neighborhood of a supermassive black hole and represents the limit that can be spotted with traditional telescopes,” Peissker added.

What Does This Discovery Provide?

Additionally, the discovery provides new insight into the beginning and development of fast-moving star orbits in the Milky Way’s central region. According to Michael Zajaek, an astrophysicist at Masaryk University in Brno who worked on the study, S4716’s short-period, tight orbit is rather mysterious.

“Star formation is more difficult close to the black hole. S4716’s orbit drastically contracted as a result of having to travel inwards, such as by getting close to other stars and objects in the S cluster.”