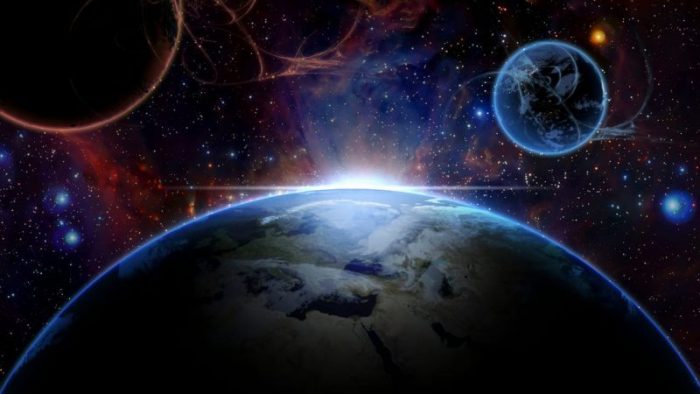 According to scientists, there may possibly be an ‘anti-universe’ out there that looks like a mirror image of our universe and carries out almost everything we do. If this theory is correct, it could explain the existence of dark matter.

What Is The Big Bang?

“The Big Bang” is a collective term that encompasses many theories being studied by scientists and cosmologists who seek to return the clock as close to the beginning of the universe as possible.

Most agree that the problem exploded, but opinions vary, including whether the initial temperature was extremely high or absolutely zero.

There is also controversy over what happened just before the explosion. Was what we call the Big Bang an inflection point for a greater leap forward?

Just think of the moment when you bounce off a trampoline and your feet almost touch the floor. Then, imagine seeing only the next bouncing upwards. Without the first, the bottom half of the bounce makes no sense.

Why Existence Of Dark Matter Is More Perplexing Than The Big Bang?

The existence of dark matter could be more surprising to scientists than the Big Bang. That’s because dark matter is a key ingredient in helping to solve the mystery of what shapes the universe around us today, not billions of years ago. Dark matter makes up most of the matter in the universe, but we haven’t seen it anywhere.

Why Can’t We See the Dark Matter?

These are great mysteries that should form the basis of many other ideas. Currently, one way to describe dark matter is very literal. “Dark” means not shining.

A technical term for a material that does not reflect or emit photons in the way we know it.

However, something like gravitational waves can measure the physical (non-visual) effects of dark matter.

Can We Go Back In Time In An ‘Anti-Universe’?

Since the newly discovered ‘anti-universe’ is parallel to our universe, the question arises that if we can turn back time? and travel “back” in time before the Big Bang when just as our universe evolved “forward” in time.

In a new paper published last month in the Annals of Physics, researchers from the Perimeter Institute for Theoretical Physics in Ontario, Canada, suggest that the Big Bang may have been smaller and more symmetrical than we think.

Among other things, we will detail the surprising result of this hypothesis: a very economical new explanation for cosmological dark matter.

One of the interesting features of this Big Bang model is that it doesn’t require what scientists call “inflation.” During this period, the universe expanded significantly shortly after birth to account for its size.

Conversely, over time, events can naturally expand in less dramatic ways, which can simplify our account of what happened.

And for these two before and after universes to be truly symmetrical, we need to add particles to our existing understanding of the universe around us.

Neutrinos are very small mysterious particles that are only involved in gravity and weak forces. If our universe reflects a similar universe going back in time from the Big Bang, what we call dark matter could actually be a “right-handed” version of the neutrino, a term for the direction of neutrino movement. This would be the natural opposite of left-handed neutrinos in other universes.

The repetition of such new theories is an important part of cosmology because scientists must have previously published theories in order to study them and determine what the next theoretical steps are.

It’s much easier to do this by answering publicly using your own observations and measurements, and it leaves a trail of great ideas as you develop more complex ways of observing the universe over time and improve our understanding.