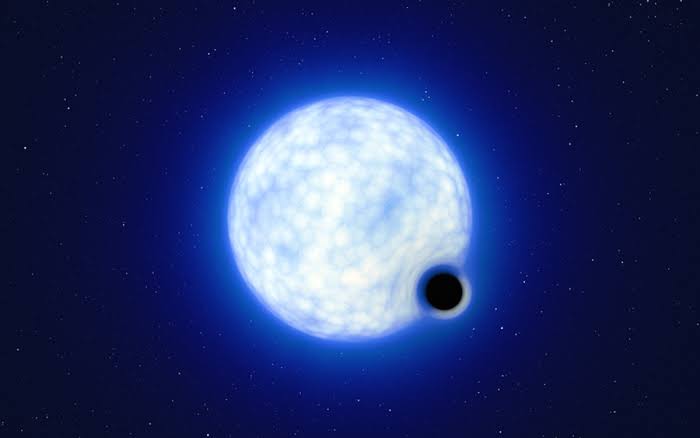 A unique inactive black hole has been discovered by scientists.

The surprising data, which indicates a stellar mass black hole exists in the Large Magellanic Cloud, our own Milky Way’s neighbor galaxy, cannot be explained by anything else, according to researchers.

According to experts, the star that created the black hole appears to have disappeared without a significant explosion.

Similar black holes have already been discovered. But according to the researchers, this inactive, stellar-mass black hole is the first of its kind to be clearly spotted.

Because of their prior efforts proving that past black hole findings were false, the team behind the discovery has earned the moniker “black hole police” or “black hole destroyers,” which adds to its astounding nature.

Is This The First Observation About These Black Holes?

According to study leader Tomer Shenar of Amsterdam University, “for the first time, our team came together to report on a black hole finding, instead of rejecting one.”

The black hole was like a “needle in a haystack,” according to researchers. Although we know very little about them and there are few documented examples, astronomers believe that dormant black holes are very prevalent across the universe.

Although they are inert and do not interact much with their surroundings, they are difficult to notice. Years have passed as researchers have struggled to find them.

It can be challenging to confirm such black holes because many of the phenomena that point to them have a wide range of plausible interpretations.

The Observation Of The Tarantula Nebula

Researchers examined over 1,000 big stars in the Tarantula Nebula, a component of the Large Magellanic Cloud, in search of the new example. They looked for instances where black holes might be present. They eventually came across VFTS 243. Given the skepticism that can accompany such findings, researchers confirmed that it really was such a black hole. They say they are confident in their findings, but they encourage more study.

Kareem El-Badry, a co-author on the article who goes by the moniker “black hole killer,” said, “Of course I expect others in the field to pour over our findings thoroughly, and to try to cook up alternative models.”

An article titled “An X-ray quiet black hole born with a negligible kick in a large binary within the LMC” describes the findings.