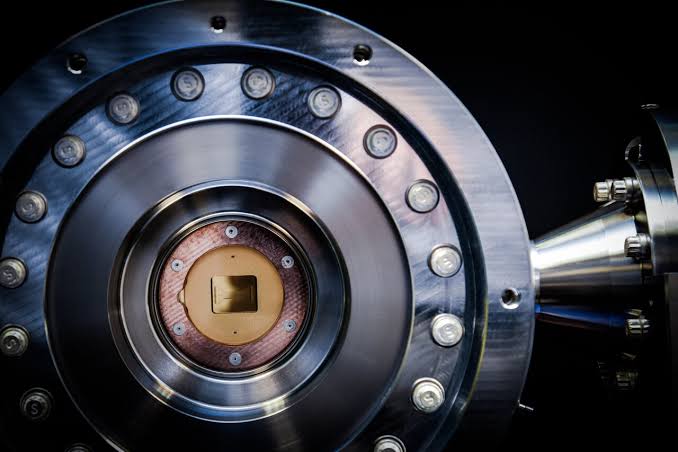 After physics researchers pulsed light on a quantum computer’s qubits in a pattern modeled after the Fibonacci sequence, a new phase of matter was discovered in the device.

If you still find that perplexing, consider that this peculiar property of quantum mechanics—which makes the qubits more resilient and able to maintain stability throughout the course of the experiment—behaves as though it has two temporal dimensions rather than one.

One of the key objectives of an error-free quantum computer is quantum coherence, which is also one of the hardest things to attain.

Philipp Dumitrescu, a computational quantum physicist at the Flatiron Institute and the primary author of a recent study detailing the phenomena, claims that the finding represents “a whole different way of thinking about phases of matter.”

“I’ve been working on these theory concepts for more than five years, so it’s thrilling to see them actually implemented in trials.”

What Are These Qubits?

Qubits, the quantum version of computer bits, are the foundation of quantum computing. But unlike bits, which can only be in one of two states—a 1 or a 0; qubits can exist in both states at once, a condition known as quantum superposition.

Under the right conditions, the superposition’s mathematical properties can be quite potent in terms of computation, making problem solving easy.

A group of qubits’ hazy, uncertain nature, however, also depends on the entanglement that exists between their various indecisive states.

Qubits may entangle with almost everything in their environment, which is frustrating and can lead to errors. The chance of a qubit losing this coherence increases with how fragile its fuzzy state is (or with how chaotic its surroundings are).

Every little bit helps when it comes to overcoming the primary obstacle preventing the development of a functional quantum computer: increasing coherence to the point of feasibility.

Dumitrescu said, “Even if you tightly regulate all the atoms, they can lose their quantumness by communicating with their surroundings, heating up, or interacting with objects in ways you didn’t expect.

The coherence of experimental devices can deteriorate after just a few laser pulses due to the numerous sources of error they have in everyday use.

How Can We Prevent This Coherence?

One way to prevent decoherence from happening to qubits is to enforce a symmetry. A simple square retains its outline even after being rotated 90 degrees. It is shielded from some rotational impacts by this symmetry.

By using equally spaced laser pulses to tap qubits, a symmetry based on time rather than space is guaranteed. In order to increase this impact, Dumitrescu and his colleagues added asymmetrical quasiperiodicity rather than symmetrical periodicity.

The Observation Of Hypothesis.

They hypothesized that this would introduce two more time symmetries, one of which would be practically buried inside the other.

The concept was built on earlier work by the team that suggested making a quasicrystal in time as opposed to space. The pattern of atoms on a quasicrystal is non-repeating, like a Penrose tiling, but yet organized, unlike a crystal, which is constructed of a symmetrical lattice of atoms that repeats in space, like a square grid jungle gym or a honeycomb.

The Technologies Used In The Observation.

The group used a cutting-edge commercial quantum computer created by the quantum computing firm Quantinuum to carry out their experiment. This beast uses 10 ytterbium atoms as qubits (one of the elements of choice for atomic clocks). Laser pulses can be used to control or measure these atoms since they are contained in an electrical ion trap.

Based on Fibonacci numbers, Dumitrescu and colleagues developed a series of laser pulses where each segment is the sum of the two preceding parts. As a result, a sequence that resembles a quasicrystal and is organized but does not repeat is produced.

The team’s laser pulses can also be thought of as a one-dimensional illustration of a two-dimensional pattern. This implied that it might theoretically force two time symmetries on qubits.

What Was The Observation?

The group put its research to the test by flashing lasers onto an array of ytterbium qubits, first in a symmetrical sequence and then quasiperiodically. The two qubits at either end of the trap were then tested for coherence.

The extra time symmetry, according to the researchers, provided another line of defense against quantum decoherence. According to Dumitrescu, “there is a sophisticated evolution with this quasi-periodic pattern, which cancels out all the flaws that exist on the edge.”

As a result, the edge maintains quantum-mechanical coherence for a lot longer than you might anticipate. Although the work isn’t quite ready for inclusion into operational quantum computers, it does mark a significant step in that direction, according to the researchers.