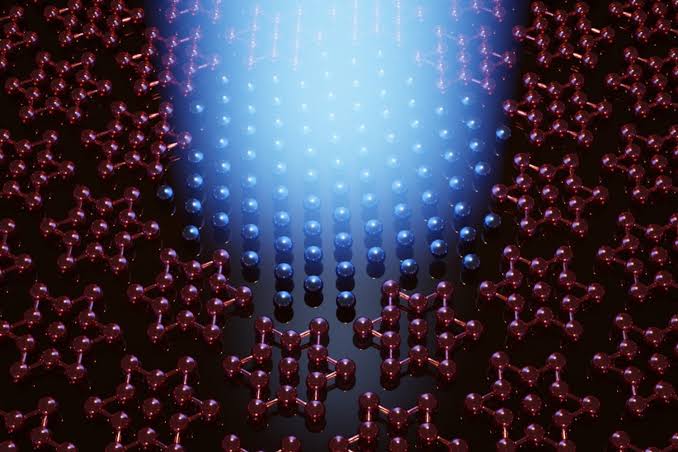 The late MIT scientist Harold “Doc” Edgerton invented high-speed strobe-flash photography in the 1960s, enabling us to see actions that would otherwise be invisible to the human eye, such as a bullet piercing an apple or a droplet striking a pool of milk.

Researchers from MIT and the University of Texas at Austin have now obtained images of a light-induced metastable phase that is concealed from the equilibrium universe for the first time by employing a variety of sophisticated spectroscopic instruments.

They observed this transition in real-time on a 2D crystal with nanoscale electron density modulations by single-shot spectroscopic methods.

According to co-lead author and postdoctoral researcher Frank Gao, Ph.D. ’22, of UT Austin, “we are exhibiting the genesis and evolution of a hidden quantum phase caused by an ultrashort laser pulse in an electronically controlled crystal” in the study.

Zhuquan Zhang continues, “Normally, beaming lasers on materials is the same as heating them, but not in this situation.

What Happens While Irradiating The Crystals?

Irradiating the crystal causes the electrical order to change, resulting in the creation of a completely new phase that is distinct from the high-temperature one.”

Today, Science Advances released an article on this study. Keith A. Nelson, the Haslam and Dewey Professor of Chemistry at MIT, and Edoardo Baldini, an assistant professor of physics at UT-Austin, collaborated on project coordination.

Addressing long-standing basic concerns in nonequilibrium thermodynamics requires understanding the origin of such metastable quantum phases, according to Nelson.

According to Baldini, the achievement of a cutting-edge laser technique that can “create movies” of irreversible processes in quantum materials with a time resolution of 100 femtoseconds was crucial to the achievement of this breakthrough.

Covalently bonded layers of tantalum and sulfur atoms are layered loosely on top of one another to form the substance known as tantalum disulfide. The material’s atoms and electrons form tiny “Star of David” formations below a certain temperature; this unusual distribution of electrons is referred to as a “charge density wave.”

What Are The Results Of This Phase?

The material becomes an insulator as a result of the development of this new phase, but emitting a single, powerful light pulse forces the material to transform into a metastable concealed metal. Baldini claims, “It is a momentary quantum state frozen in time.”

The material’s atoms and electrons form tiny “Star of David” formations below a certain temperature; this unusual distribution of electrons is referred to as a “charge density wave.”

According to Nelson, one of the major difficulties is that using traditional time-resolved techniques makes it impossible to see an ultrafast transition from one electrical order to another that might last eternally.

What Is The New

The scientists created a novel technique that included splitting a single probe laser pulse into hundreds of discrete probe pulses that all arrived at the sample at various points both before and after switching was started by a different, ultrafast excitation pulse.

They were able to create a video that offers tiny insights into the mechanisms through which transformations occur by monitoring changes in each of these probe pulses after they were reflected from or transmitted through the sample.

What Is The  Cause Of This Hidden State?

The authors proved that the emergence of the hidden state is caused by the melting and reordering of the charge density wave by capturing the dynamics of this intricate phase shift in a single-shot measurement.

This interpretation was supported by theoretical calculations made by Zhiyuan Sun, a postdoc at the Harvard Quantum Institute.

Although only one particular material was employed in this study, the researchers claim that the same technology can now be applied to investigate other unusual events in quantum materials. The creation of optoelectronic devices with on-demand photoresponses may benefit from this research as well.