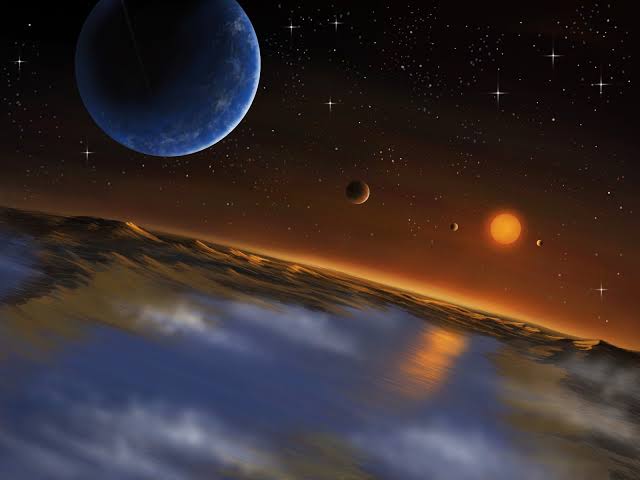 Finding oxygen in an exoplanet’s atmosphere is a clue that life may be at work. On Earth, photosynthetic organisms absorb carbon dioxide, sunlight, and water and produce sugars and starches for energy. Oxygen is the byproduct of that process, so if we can detect oxygen elsewhere, it’ll generate excitement.

The theory that the presence of oxygen in an exoplanet’s atmosphere suggests life has also come under scrutiny by experts. This can only work out if we can exclude other processes that produced the oxygen.

But they cannot be disproven by scientists.

Oxygen is abundant on Earth. The atmosphere contains roughly 20% oxygen, and it makes up 46% of the crust and a similar amount of the mantle.

What Is This Great Oxygenation Event (GOE)?

The Great Oxygenation Event (GOE), which occurred around two billion years ago, is the source of oxygen today. Pigments that absorb sunlight and use it for photosynthesis have been developed by ancient cyanobacteria. Since oxygen is a byproduct of photosynthesis, life has had a few billion years to accumulate oxygen in the atmosphere, mantle, and crust.

Therefore, the presence of oxygen in an exoplanet’s atmosphere strongly suggests that life may exist there. It’s possible that simple life is bubbling away in the planet’s waters, consuming sunlight and exhaling oxygen.

However, recent studies have discovered an oxygen source that is independent of life.

Abiotic molecular oxygen production—Ionic route from sulphur dioxide is the title of the study, which was written up in Science Advances. Mns Wallner, a physics PhD candidate at the University of Gothenburg in Sweden, is the paper’s primary author.

What Is This Abiotic Source Of Oxygen?

The scientists have identified sulphur dioxide as an abiotic source of oxygen. Sulfur is not uncommon in celestial bodies, and since volcanoes produce sulphur and release it into the atmosphere, oxygen may be present in the atmospheres of terrestrial volcanic exoplanets.

Alternatively, high energy radiation from a star can ionise the molecule of sulphur dioxide. Sulfur dioxide, or SO2, passes through a process of self-rearranging ionization. It results in a “double positively charged system.”

The sulphur is then at one end and the two oxygen atoms are adjacent to one another, forming a linear configuration. Before settling into new compounds, the oxygen atoms are permitted to roam around in chaotic orbits.

According to lead author Wallner in a press release, “during double ionisation, two of the bound electrons in the molecule get expelled and can lead to alterations in the angle between the atoms in the molecule.”

Is There Any Alternative?

As a crucial alternative, roaming can take place, where the atoms move positions and the molecule assumes a whole new form.

However, it’s possible that the molecule’s components won’t recombine to produce SO2. Instead, the sulphide may disintegrate, leaving only a single positively charged oxygen molecule.

In order to balance the positive charge, an electron from a different molecule might then be drawn to the object. There is still molecular oxygen (O2), which is essential for life on Earth.

“Some of the oxygen we detect in other places may be explained by this pathway to oxygen. The presence of oxygen in the atmospheres of Io, Ganymede, and Europa suggests that wandering may be to blame.”

The Most Volcanically Active Planet.

Io is the most volcanically active planet in the Solar System, making it uninhabitable for life. Because Ganymede and Europa have subterranean oceans, they might support life.

However, unlike life on Earth, such life cannot create an oxygen atmosphere. The oxygen present on these moons calls for another explanation. The researchers hypothesise that this oxygen mechanism could also exist on Earth.

“In our piece, we also make the case that this occurs naturally on Earth, according to Raimund Feifel, a co-author of the study’s publication.”

What’s The Next Step In The Observation?

The next step for the researchers is to investigate whether this ionic oxygen-forming process also applies to other compounds. They are interested in learning whether other compounds, such as carbon diselenide, are double ionised.

Feifel stated, “We want to determine if it also occurs then or if it was just a fortunate coincidence with sulphur dioxide. Abiotic O2 sources have been studied by other researchers. Evidence for molecular oxygen created from CO2 when subjected to high-energy UV light was given in a 2014 study.

In a paper published in 2015, Japanese scientists demonstrated how near-ultraviolet light can react with water on exoplanets to make oxygen (O2) when titanium dioxide serves as a catalyst.

These discoveries shed light on how Earth’s atmosphere contained a trace amount of oxygen prior to the GOE. Given how reactive oxygen is, a source of replenishment must have existed; these pathways might be to blame.

James Webb Space Telescope serves as part of the study’s background. One of the telescope’s scientific goals is to study exoplanet atmospheres, and with its potent infrared equipment, it is well-positioned to provide light on the chemical composition of these atmospheres.

There will be some excitement if it locates oxygen. But there’s more to oxygen than just life, as this research demonstrates.