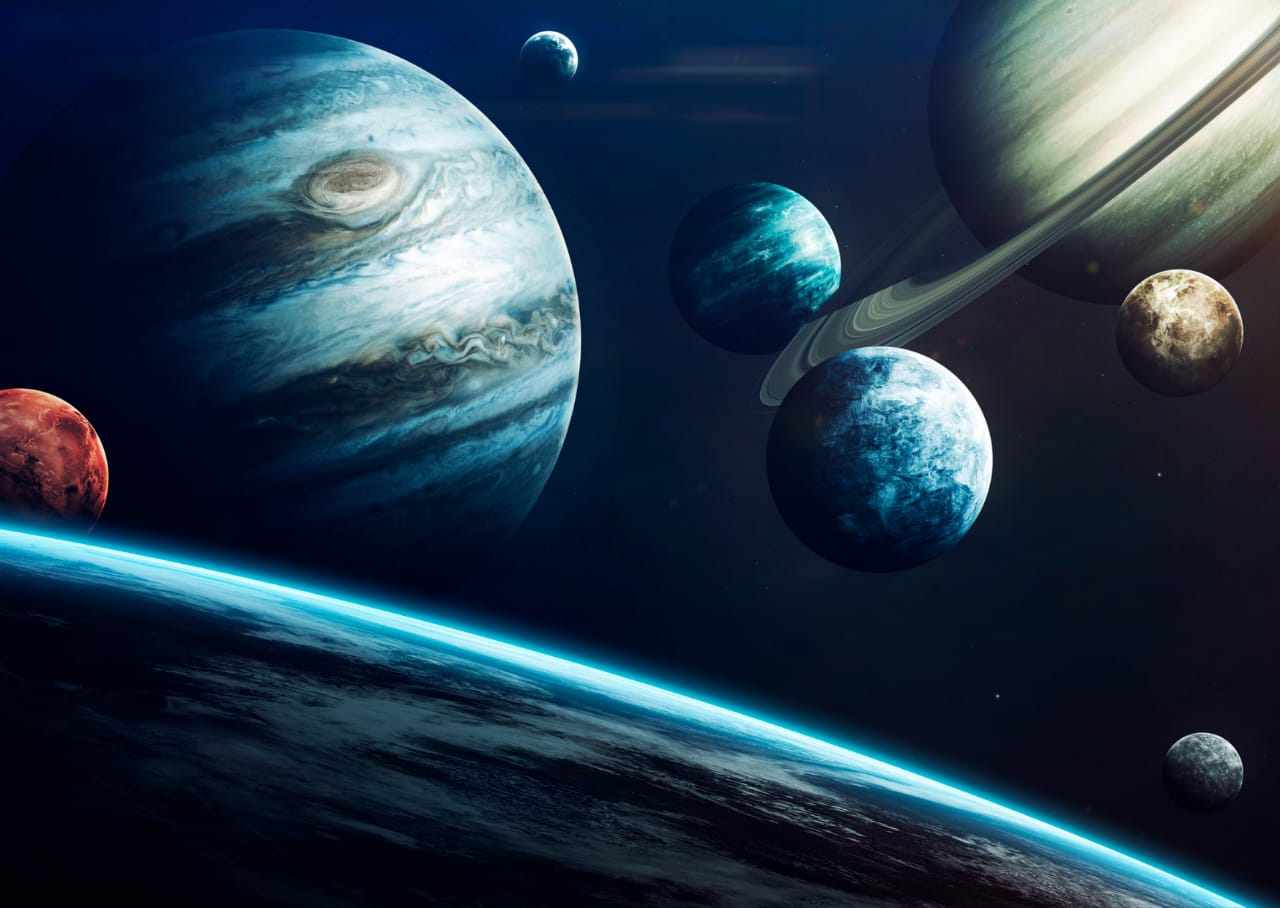 Our solar system is not just the Sun, Earth and the Moon, it contains many, many other celestial objects, including other planets, their moons, asteroids, comets, dwarf planets, etc.

The system works in an orderly fashion exhibiting repeating and fairly predictable patterns of motion around the sun at the center, and their own rotations too, in the case of the planets. Here we have prepared a comprehensive chart showing various statistics about each of the planets of our solar system.

Distance from the Sun

All planets revolve around the Sun in elliptical orbits. The given table shows the average distance between the planets and the Sun, measured in AU (astronomical units).

Diameters and Rotational period of the celestial objects

Here, larger number signifies longer day and night cycles, while the negative sign indicates that the rotation is in the opposite direction of that of the Earth.

Some other interesting facts on our solar system