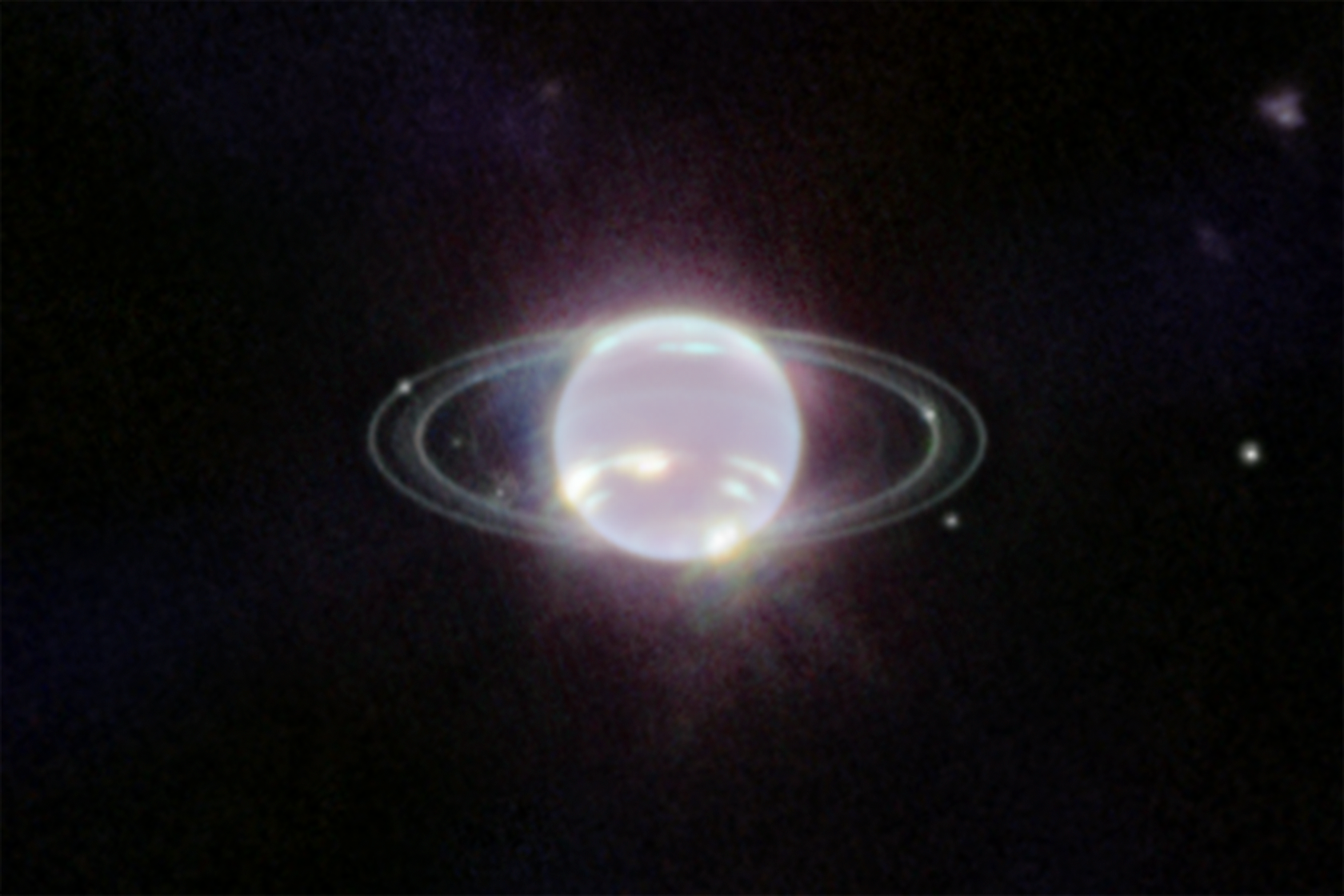 With its first image of Neptune, NASA’s James Webb Space Telescope displays its capabilities closer to home. In addition to providing the best glimpse of the planet’s rings in more than 30 years, Webb’s cameras also shed new insight on the ice giant.

The clarity of the planet’s rings, some of which have not been seen since NASA’s Voyager 2 became the first spacecraft to examine Neptune during its approach in 1989, is what stands out most in Webb’s latest photograph.

The Webb image vividly displays Neptune’s fainter dust bands in addition to many brilliant, narrow rings. Since it was discovered in 1846, Neptune has captivated scientists.

Neptune orbits in the distant, dark area of the outer solar system, 30 times further from the Sun than Earth. High noon on Neptune is comparable to a dull twilight on Earth because of how small and pale the Sun appears from such a great distance away.

The internal chemical composition of this planet qualifies it as an ice giant. Neptune is substantially richer in elements heavier than hydrogen and helium than the gas giants Jupiter and Saturn.

Neptune does not seem blue to Webb because his Near-Infrared Camera (NIRCam) only sees objects in the near-infrared spectrum between 0.6 and 5 microns. In fact, the planet is fairly black at these near-infrared wavelengths due to the substantial absorption of red and infrared light by methane gas, with the exception of areas with high-altitude clouds.

These bright streaks and spots of methane-ice clouds are noticeable because they reflect sunlight before it is absorbed by methane gas. Over the years, images from other observatories, such as the W.M. Keck Observatory and the Hubble Space Telescope, have captured these rapidly changing cloud features.

A more discrete visual indicator of the worldwide atmospheric circulation that fuels Neptune’s winds and storms could be a thin line of brightness circling the planet’s equator.

At the equator, the atmosphere lowers and warms, making it light at infrared wavelengths more than the nearby, cooler glasses.

Neptune’s northern pole, near the top of this image, is just out of sight for astronomers due to its 164-year orbit, but the Webb images suggest an unusual brightness there.

Webb’s image clearly shows a previously known vortex around the southern pole, but this is the first time Webb has shown a continuous band of high-latitude clouds surrounding it. Seven of the 14 known moons of Neptune were also captured by Webb.

A very brilliant point of light with the distinctive diffraction spikes observed in many of Webb’s photographs dominates this Webb painting of Neptune; however, this object is not a star.

Triton reflects over 70% of the sunlight that strikes it due to its icy sheen of condensed nitrogen.

The planet’s atmosphere is blackened by methane absorption at these near-infrared wavelengths, thus it significantly outshines Neptune in this view.

Astronomers believe that Triton was originally a Kuiper belt object that was gravitationally caught by Neptune because of its peculiar retrograde (backward) orbit around the planet. In the upcoming year, additional Triton and Neptune Webb studies are anticipated.