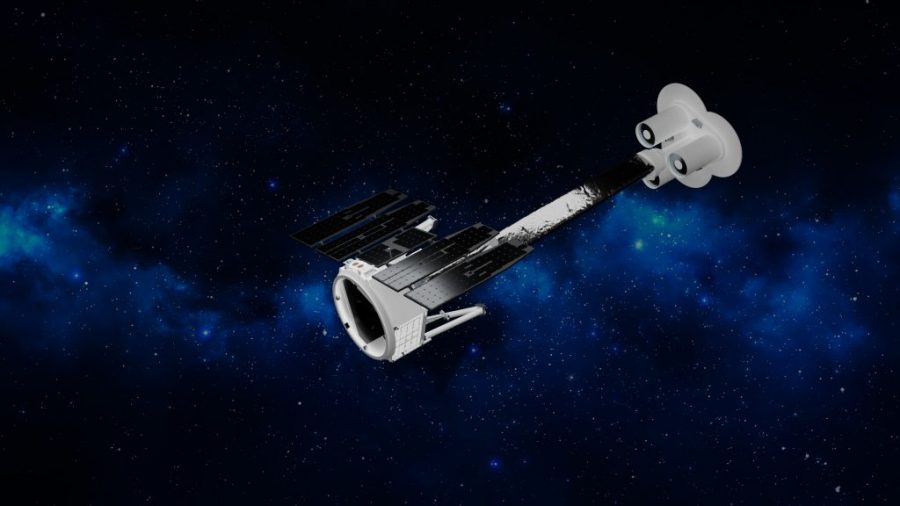 The secrets hidden in the vast universe have aroused the interest of mankind for centuries. The invention of the optical telescope in the 17th century allowed people to see stars that looked like twinkling dots in the night sky.

Because of scientific innovations, we can now launch telescopes into space to better observe celestial bodies, and study them at wavelengths outside the visible spectrum.

One such space exploration is Imaging X-ray Polarimetry Research (IXPE), launched by NASA on December 9, 2021.

What Is This X-ray Polarimetry?

X-ray Polarimetry (IXPE) is a space observatory developed in collaboration with the Italian Space Agency (ASI). It consists of three identical telescopes, each equipped with an X-ray detector that is sensitive to the polarization of light at its focal point.

The equipped IXPE is capable of irradiating some of the brightest cosmic X-ray sources in our universe, such as pulsars, black holes and neutron stars.

With a two-year primary mission, the IXPE will start by studying dozens of X-ray sources in the first year, followed by more detailed observations of selected targets in the second year.

The IXPE was placed on a reusable Falcon 9 rocket and launched from the Kennedy Space Center into equatorial orbit at an altitude of 600 km.

This orbit was chosen to reduce the background of charged particles, maximize the explorer’s lifespan, and facilitate regular data uploads to primary and backup ground stations (Kenya and Singapore, respectively).

The observatory uses an array of 12 solar sensors, a 3-axis magnetometer, and two star trackers to maintain orientation in space.

Information collected from the control unit is sent to a Detector Service Unit (DSU), which processes the data and transmits it to the ground.

A lightweight helical boom deploys after launch to ensure accurate focal lengths and align the MMA with the DU. There is also a tilt-and-turn mechanism on board that can also be used to align the mirror with the detector.

IXPEs core mission is providing high-quality polarization data from a variety of sources. The first imaging data were reported in February.

The IXPE team is hoping for the most striking early images that will likely come from the remnants of a shell-like supernova (a supernova that emits most of its radiation from a shell of shocked matter).

Scientists believe that IXPE will also be able to image active galaxies, the galactic center of the Milky Way, and “blazars” (a type of galaxy that emits powerful rays of radiation and ionizing matter).

This will provide an opportunity to push the boundaries of observations even further by discovering new types of sources of particular interest to obtain physical information.

A wonder of science and engineering, IXPE will provide the first information on X-ray polarization for many astronomical sources. With modern telescopes and detectors, IXPE has the potential to expand our understanding of the universe.