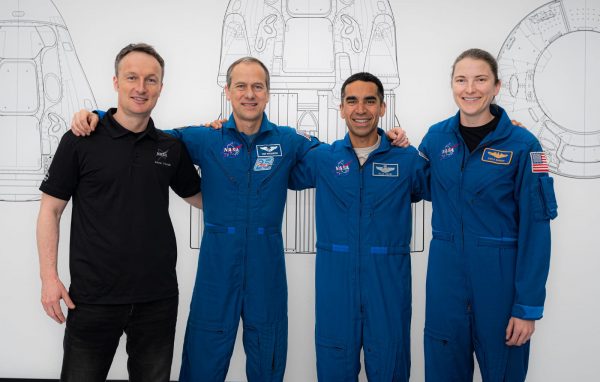 After few months of living and working in space, NASA’s SpaceX Crew-3 mission aboarding the International Space Station (ISS) is approaching to an end, and the astronauts are preparing to return to the Earth.

The astronauts are very excited as well as very joyful on their return to their home planet. But they also enjoyed their time at the space station along with the other crew members.

They welcomed the Axiom Ax-1 crew and spent some time with them.The crew’s experience of living on space is also very important for the scientists on earth to observe ,study and summarise the concepts of living in a zero gravity.

Date Of Return From The International Space Station

The mission on the International Space Station is now over and the astronauts are preparing to return to Earth. As the staff said at the press conference on Friday, April 15th, it has been an amazing task, but I am very happy to be home.

As the only veteran astronaut on the crew, Marshburn is proud to live and work on the International Space Station today.

The crew will return to Earth later this month shortly after SpaceX’s next manned mission, Crew-4, arrives at the station, and will hand over the station to newcomers. An exact return date for Crew-3 has yet to be set as Crew-4’s release has been delayed to April 23rd. But it will be soon and astronauts will be excited.

What Will The Crew Do After Return On Earth?

“I think we are looking forward to meeting the loved ones, family and friends who have helped us so much throughout our lives and brought us to this moment,” Barron said.

“I am so excited to see my wife and children,” Marshburn said. “I get goosebumps just thinking about the moment I saw them. When you look at the pictures of my kids, how much they have grown in 6 months – they are younger and it’s really amazing and makes you realize how much you’ve missed .”

Marshburn said he is also looking forward to ‘Hot Bath’, “he added with a laugh. “I think we’ll all like it.

The crew shared some fun details about their space travels, including Chari’s mustache growing while in space as part of an Air Force tradition. Chari, who commanded Crew-3, said the look is usually reserved for March, but was unable to grow due to spacewalking at the time.

Comments From Crew On Their Work

The crew also talked about what they did on board. Maurer specifically pointed to the impact of factory research on our understanding of climate change, including recent experiments to reduce carbon dioxide emissions from concrete production.

In addition to Marshburn, the team consisted of novice pilots visiting the station for the first time. At the same press conference, they said that next time they might do it a little differently, but they want to go back to space.

“I really want to go back to the International Space Station,” Barron said. “It’s an honor to be part of this amazing engineering and scientific machine that has been around for over 20 years. It’s an amazing legacy to be part of.”

She says it takes a lot of small adaptations to live in microgravity. “I hope next time we can prepare a little better for these challenges.”

Chari said that due to the COVID-19 pandemic, crew members have not been able to meet the scientists of the astronauts working in orbit in person and they hope to do so for future missions.

“We’re doing some amazing science, but it would be even better if we met people talking to us in person,” Chari said. “We’re making life-changing discoveries here on behalf of the scientists and engineers who came up with these things, but you can only hear them on the radio.”

Marshburn also said that the crew “has put a lot of effort into working on Expeditions 66 and 67 over the past few months.” , many vehicle visits and, of course, the first flight of a private astronaut.”

The private astronaut mission Marshburn is talking about is Axiom Space’s first manned mission, Ax1, the first fully civilian manned mission to send a crew aboard a SpaceX Dragon atop Falcon 9 on April 8 to the launch station.

“These crew members are riding with us now,” he said. Of the attendees, Chari said of the attendees, “There is definitely a difference in the amount of training and experience. “But we definitely think they can take care of themselves.”

Regarding the members, Chari said, “There is a clear difference in the amount of training and experience. “But we think they can take care of themselves.”