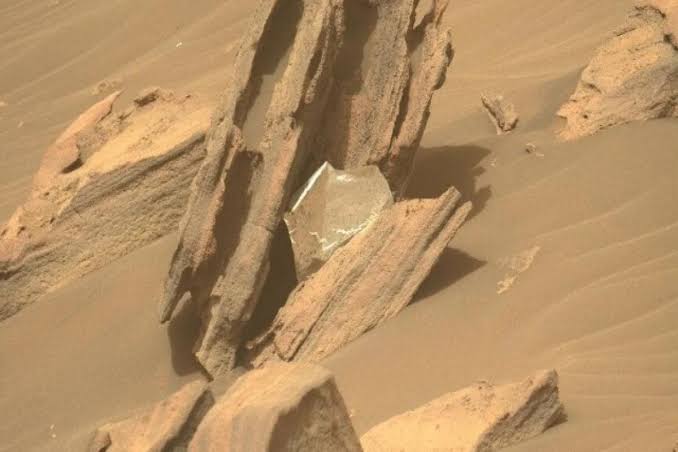 Since its landing last year, the NASA’s Perseverance rover has been searching for the dry and stony environment of Mars’ Jezero Crater for evidence of life. However, the rover has recently discovered human waste on Mars’ surface.

On Tuesday, the Perseverance team announced on Twitter that they’d found what appeared to be a portion of the thermal blanket that protected the rover from the severe temperatures it encountered during landing.

The team wrote: “It’s a surprise to discover this here,” since the robot’s descent took place roughly 2 kilometers – slightly over a mile away. “Did this piece land here after that, or was it blown here by the wind?”

Are There Other Garbages As Well?

The rover isn’t the only one who has littered Mars. The Ingenuity chopper got a bird’s-eye picture of human-made space trash in April, including the landing gear that assisted it and the Perseverance rover to reaching Mars.

In a statement, Ian Clark, a former Perseverance systems engineer who now oversees the operation to carry Martian samples back to Earth at JPL in Southern California, said, “Perseverance was the best-documented Mars landing in history, with cameras capturing everything from parachute inflation to touchdown.”

He went on to say: “It will be incredible if they either confirm that our systems performed as expected or offer even a single dataset of engineering data that we can use for Mars Sample Return planning. And even if they aren’t, the images are stunning and motivating.”

The major goal of Perseverance is to look for indications of ancient microbial life near its landing site, Jezero Crater, which is a historic river delta.

Why Is Space Debris Becoming A Problem?

For space organizations, space debris is becoming an increasing problem. Fragments of space missions, such as the boots, shovels, and complete vehicles left on the Moon by the Apollo missions, can contaminate otherwise pure planetary bodies.

Are There Any Rules Regarding Space Debris?

Nonetheless, there are few rules in place to protect space from pollution. The Outer Space Treaty, which was hashed out in 1967 and isn’t overly precise, has had little impact on current space law. The treaty’s flaws are still visible for more than half a century later, as celestial bodies like Mars devolve into junkyards.

Last month, Aparna Venkatesan, an astronomy professor at the University of San Francisco, told the audience at an American Natural History Museum event that protects the space environment would necessitate recognising it as a common heritage of human civilization.

“Do we see space as a common ancestor?” she inquired. “What is your heritage, and how do you honor it?”