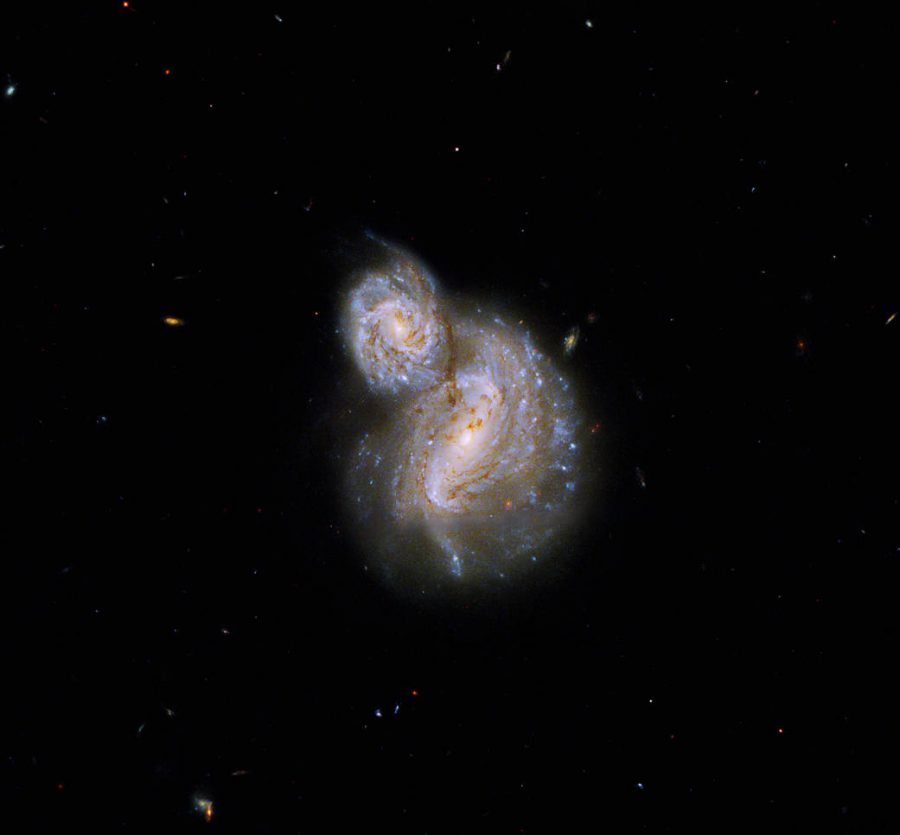 This newly shared image of IC 4271( also known as Arp 40) by NASA’s Hubble Space Telescope is a strange pair of spiral galaxies some 800 million light-years away.

The smaller galaxy is superimposed on the larger galaxy, which is a form of active galaxy called the Seyfert Galaxy.

Seyfert galaxies are named after Carl K. Seyfert, an astronomer who in 1943 presented a study describing spiral galaxies with unusually bright emission lines. We now know that Seyfert galaxies make up about 10% of all galaxies.

These are “active galaxies,” which are galaxies with supermassive black holes at their centres with accreting material and emits tremendous amounts of energy.

When seeing in light outside the visible spectrum, the active cores of Seyfert galaxies are at their brightest. The larger galaxy in this spiral pair is a Type II Seyfert galaxy, which Indicates that it is a very bright source of infrared and visible radiation.

How Was The Image Created?

The image was created using data from Hubble scans aimed at determining how dust shapes the energy distributions of low-mass disc galaxies. Hubble’s observations focused on six pairings of galaxies that were in front of each other.

How Did NASA’s Hubble Help?

The visible and infrared wavelengths of light dominate the picture of IC 4271 because it is a Type II Seyfert Galaxy. The hues in this image are mostly visible light, with ultraviolet and near-infrared light represented by violet and red, respectively.