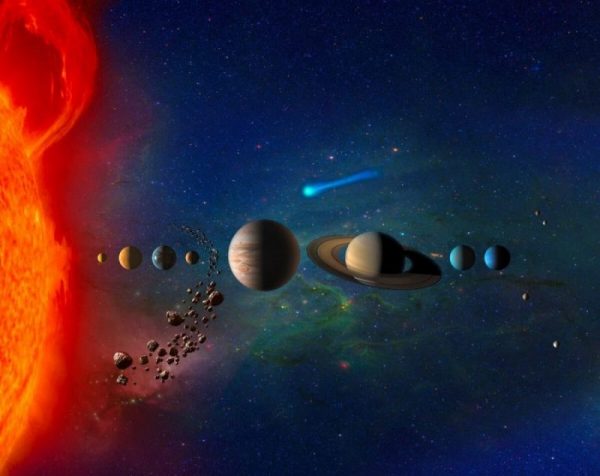 After careful consideration, NASA has expanded its eight spacecraft planetary science mission because of its scientific productivity and potential to expand knowledge and understanding of the solar system and beyond.

What Are NASA’s Extended Missions?

Other missions are extended by three years. But OSIRISREx will continue its research for nine years to reach its new destination, and InSight will continue until the end of 2022 till the spacecraft’s power is used for longer operations.

What Are Other Advantages Of These Missions?

In addition to providing significant programmatic advantages, some of these missions promised multifaceted scientific control to the entire NASA Science Mission Directorate (SMD), including their use as data relays for Mars landers and rovers, as well as other support initiatives looked after by NASA’s Commercial activity Moon Payload Service (CLPS).

“The expanded mission gives us the opportunity to capitalize on NASA’s massive research investment, so we can continue our scientific work at a fraction of the cost of developing a new mission,” said Laurie Gleizes, director of the Planetary Sciences Division at NASA Headquarters in Washington.

“Maximizing taxpayer money in this way can give missions valuable new scientific data, and in some cases, NASA can explore new targets with entirely new scientific objectives.”

The Origins, Spectral Interpretation, Resource Identification, SecurityRegolith Explorer (OSIRISREx) mission is currently on its way back to Earth to deliver the samples of asteroid Bennu that it collected in 2020.

Dante Lauretta, OSIRISREx PI, will remain in place for the primary mission, while DellaGiustina begins her role as the newly named PI for OSIRISAPophis explorer (OSIRISAPEX).

The Extended Mission For OSIRIS APEX- THE OSIRISAPEX team will redirect the spacecraft for an encounter to Apophis, an asteroid roughly about 1,200 feet (roughly 370 meters) in diameter that will come within 20,000 miles (32,000 kilometers) of Earth in 2029. OSIRISAPEX will enter orbit around Apophis soon after the asteroid’s Earth flyby, providing an unprecedented closeup look at this S Type asteroid.

It plans to study changes in the asteroid caused by its close flyby of Earth and use the spacecraft’s gas thrusters to attempt to dislodge and study the dust and small rocks on and below Apophis’ surface.

The Mars Atmosphere and Volatile Evolution (MAVEN) mission plans to study the interaction between Mars’ atmosphere and magnetic field during the upcoming solar maximum.

MAVEN will observe the increasing Sun’s activity levels over cycles of up to 11 years called solar cycles, which will deepen our understanding of how the upper atmosphere and Mars’ magnetic field interact with the Sun.

The InSight Inland Exploration mission has operated the only active seismic observatory outside Earth since landing on Mars in 2018. Its seismic monitoring of “Marsquakes” has given limits to Mars interior’s formation and current activity.

The Expanded Mission For InSight Mission-

The expanded mission will continue InSight seismic and weather monitoring if the spacecraft continues to operate.

However, due to the accumulation of dust on the solar panels, InSight’s power generation is low and the mission is unlikely to continue during the current extended mission unless a passing “dust demon” from Mars cleans the solar panels. Waiting.

The Lunar Reconnaissance Orbiter (LRO) is NASA’s robotic spacecraft currently orbiting the moon in an eccentric pole cartographic orbit. The data collected by the LRO has been described as essential for planning future NASA missions involving humans and robots on the moon.

The Extended Mission For LRO.

The LRO will continue to study the lunar surface and geology. As the LRO’s orbit evolves, it will be possible to study new areas far from the poles in unprecedented detail, including the near-pole permanent shadow regions (PSRs) where ice can be detected. The LRO will also provide important program support for NASA’s lunar return efforts.

The Mars Science Laboratory (MSL) and the Curiosity rover have traveled more than 27 km across the Martian surface to investigate the habitability history of Gale Crater.

The Extended Mission For MSL

NASA’s New Horizons spacecraft was the first spacecraft to explore Pluto up close through dwarf planets and their moons on July 14, 2015. At the beginning of 2019, New Horizons passed its second major scientific goal, 2014 MU69.

This is the farthest object ever studied in close proximity. New Horizons passed Pluto in 2015 and Kuiper Belt Object (KBO) Arrokoth in 2019.

Extended Mission For The New Horizon

In the extended mission, New Horizon will continue its exploration of distant solar systems. Up to 63 astronomical units (AU) from Earth. The New Horizons spacecraft has the potential to conduct interdisciplinary observations of the solar system and is related to NASA’s Solar Physics and Astrophysics Department.

Mars Odyssey launched in 2001 is spacecraft orbiting the planet Mars. The project was developed by NASA and contracted by Lockheed Martin, with an expected cost for the entire mission of $297 million.

Its mission is to use spectrometers and thermal cameras to detect evidence of past or present water and ice, as well as study the planet’s geology and radiation environment.

The extended Mission For Mars Odyssey.

The extended Mars Odyssey mission will perform new thermal studies of rocks and ice beneath the Martian surface, monitor the radiation environment, and a prolonged climate monitoring campaign.

The Odyssey Orbiter also continues to provide unique support for relaying real-time data from other Mars spacecraft. Odyssey’s extended mission duration may be limited by the amount of propellant left on board the spacecraft.

The Mars Reconnaissance Orbiter (MRO) is a spacecraft that transmits high-resolution images of the surface of Mars.

Some of its notable studies include searching for ice and water, locating the landing site for the Curiosity rover, and visualizing a comet flying in close proximity called Comet Siding Spring in 2014. The MRO has provided a lot of data from the Martian surface.

The Extended Mission For The MRO

In its sixth expansion mission, the MRO will study the evolution of the Martian surface, ice, active geology, atmosphere, and climate. MRO will also continue to provide critical data communications services to other Mars missions.

The MRO CRIM instrument shuts down completely if one of the two spectrometers goes down due to the loss of the cryocooler.