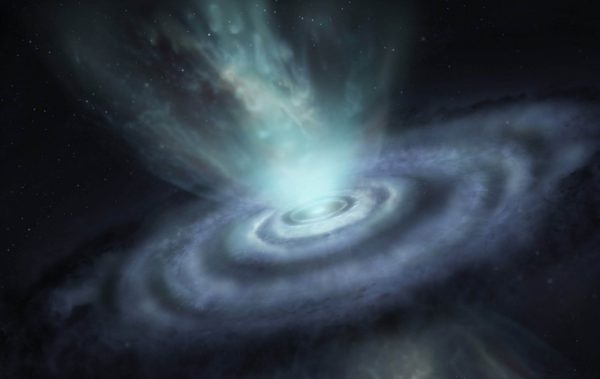 The days of our sun are numbered. In about 5 billion years, the Sun will expand and shed its outer layers before becoming a red giant star and a white dwarf. This is the unavoidable fate of most sun-like stars, and the process is well known. But as recent research shows, we still have some things to learn about the dying sun.

A recent study looks at a star known as V Hydrae or V Hya. A red giant star at a distance of about 1300 light-years, it has about the same mass as the Sun. This is what the Sun will look like billions of years from now.

How is this Star Different from Other Stars?

This star has a companion star whose light is too faint to be seen by us, but we know that it is likely a red dwarf star that orbits V Hya every 8.5 years depending on the movement of V Hya.

Also, it seems that V Hya is dying strangely. In its present state, it is classified as a Mira variable star. The brightness changes about 1 to 2 degrees every 530 days. This is a typical dying red giant as they fuse heavier elements in their nuclei to survive. Red giants often enter a period of oscillation as their nuclei are heated and cooled.

Even more unusual is the fact that it is a carbon star. This means that the carbon bound in the nucleus was lifted into the star’s atmosphere. So astronomers see a strong presence of carbon when looking at the V Hya spectrum. By default, the star’s atmosphere is very “smoke”.

The combination of these two traits makes V Hya an Asymptotic Giant Branch or AGB star. About 90% of sun-like stars enter the AGB period at the end of their lifespan.

What Is An AGB Star?

Astronomers generally thought of the AGB epoch as a gradual process of stellar death in which the star’s outer layer sheds over a period of about 100,000 years. The rest of the nucleus then decays into a white dwarf. But V Hya shows that this is partially or sometimes not right.

If AGB is gradually stripping its outer layer, we will see an ever-expanding nebula known as the Planetary Nebula that surrounds most white dwarfs. And we see many planetary nebulae as remnants of sun-like stars.

How Is This Star Unique?

However, observations with the Atacama Large Millimeter/Submillimeter Array (ALMA) show that V Hydrae does not form such a nebula. It throws a thick carbon-rich ring instead. The star has emitted six rings over about 2,100 years.

The team also observed gas jets ejected by stars perpendicular to the rings. This suggests that V Hya experiences periods of unusually active activity every few hundred years, which is very different from typical AGB models.

This active eruption period is likely to be short-lived compared to the entire AGB era, so astronomers were lucky enough to catch a dying star at this stage. It is not known whether most AGB stars experience such periods of activity or whether V Hya is particularly unusual.
Unraveling this mystery requires observing more of the other dying red giants.