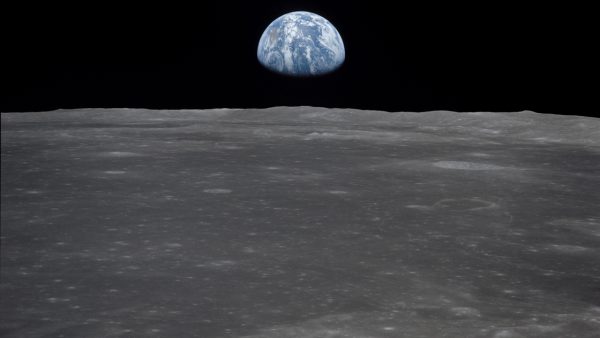 You wouldn’t know that the Moon is steadily moving away from Earth if you look up at it in the night sky. Contrary to popular belief, however. Reflective panels were erected on the Moon during NASA’s Apollo missions in 1969. These have demonstrated the Moon’s present distance from the Earth, which is moving away 3.8 centimetres every year.

When we extrapolate back in time using the Moon’s present rate of recession, we arrive at a collision between the Earth and Moon that occurred roughly 1.5 billion years ago.

When was the moon created?

The Moon was created about 4.5 billion years ago, thus the recession rate today is a poor indicator of what it was like in the past. In an effort to learn more about the distant past of our Solar System, we have been utilizing a variety of methods with colleagues from the Universities of Geneva and Utrecht.

We recently found the ideal location to learn more about the long-term development of our revolving Moon. And it comes not from examining the Moon directly but rather from deciphering signals in the oldest rock layers on Earth.

Some gorges slash through sediments that are 2.5 billion years old and regularly stacked in Western Australia’s stunning Karijini National Park.

These sediments are known as banded iron formations, and they are made up of separate layers of minerals rich in iron and silica that were previously extensively distributed on the ocean floor and are now located on the oldest regions of the Earth’s crust.

What did the Cliff exposures demonstrate?

Cliff exposures at Joffre Falls demonstrate the regular alternation of darker, thinner horizons with layers of reddish-brown iron deposit that are slightly under a meter thick.

The softer, more erosive rock that makes up the darker intervals is present there. An additional consistent, smaller-scale variation can be seen when examining the outcrops up close.

White, reddish, and blueish-gray strata alternate on the polished rock surfaces that have been exposed by seasonal river water flowing through the gorge.

The origin of the various scales of cyclical, recurrent patterns seen in these old rock layers was a question that was brought up in 1972 by Australian geologist A.F. Trendall.

Using the term “Milankovitch cycles,” he hypothesized that the patterns might be connected to earlier climate fluctuations.

What are these Milankovitch cycles?

The Milankovitch cycles outline how minute, regular variations in the axis’ orientation and the geometry of the Earth’s orbit affect how much sunlight the planet receives over the course of years.

The Earth’s surface conditions, such as lake size, have been drastically changed as a result of these climate changes. They are the cause of the recurring saharan desert greening and the low oxygen levels in the deep ocean.

The migration and evolution of flora and animals, including our own species, have been influenced by Milankovitch cycles.
And cyclical changes in sedimentary rocks can be used to read the signs of these transitions.

The climatic precession cycle, one of the Milankovitch cycles, is intimately correlated with the distance between the Earth and the Moon. This cycle results from the Earth’s spin axis’s precessional motion (wobble) or changing orientation throughout time.

The current cycle lasts about 21,000 years, although earlier cycles, when the Moon was closer to Earth, would have lasted less time.

This is because we may determine the distance between the Earth and the Moon at the time the sediments were formed by first identifying Milankovitch cycles in old sediments, then identifying a signal of the Earth’s wobble, and determining its period.

What did the research suggest?

In support of Trendall’s theory, our earlier research suggested that Milankovitch cycles might be maintained in an ancient banded iron formation in South Africa.

Our examination of the Australian banded iron formation revealed the presence of numerous scales of cyclical variations in the rocks, which roughly repeat every 10 and 85 centimeters.

Our analysis of these thicknesses and the rate of sediment deposition revealed that these cyclical fluctuations happened roughly every 11,000 and 100,000 years.

What did the investigation conclude?

So, based on our investigation, it was concluded that the 11,000 cycle found in the rocks was probably connected to the climatic precession cycle, which has a significantly shorter time than the present 21,000 years.

The distance between the Earth and the Moon is 2.46 billion years ago was then determined using this precession signal.
We discovered that the Moon was roughly 60,000 kilometers closer to Earth back then (that amount is almost 1.5 times the distance today).

Understanding the dynamics of the Solar System

Models for the creation of our Solar System and observations of the present state of the universe have been produced by astronomical research.

Future Earth-Moon system models will be extremely dependent on the results of our study, along with some other research, which is now one of the only ways to gather accurate data on the evolution of our Solar System.

It is quite astonishing that little changes in older sedimentary rocks can provide information about past Solar System dynamics.

We can’t fully comprehend the development of the Earth-Moon system, though, because of one significant data point.

To follow the evolution of the Moon across time, we now require additional trustworthy data and fresh modeling strategies.

The search for the next group of rocks that can assist us in learning more about the evolution of the Solar System has already started by our study team.