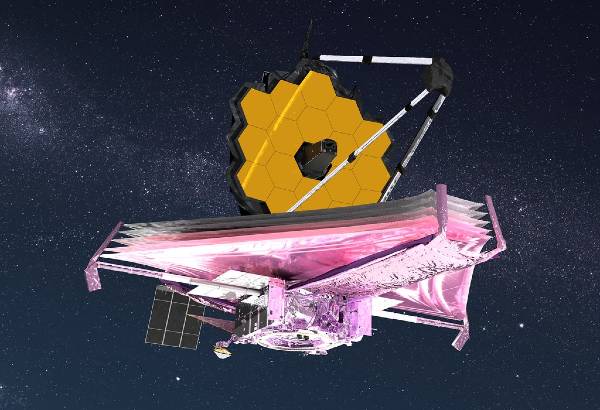 Despite the fact that the collision has produced certain challenges that the mission team must address, NASA is confident that the telescope is “still working at a level that will surpass all mission requirements.”

What Struck The Webb Telescope?

A micrometeoroid, which is a space particle smaller than a grain of sand, was the cause of the telescope’s damage. Thousands of meteoroids and micrometeoroids collide with the Earth’s atmosphere on a regular basis.

Our atmosphere acts as a protective covering, vaporizing the majority of the particles that come into contact with. Spacecraft and telescopes, on the other hand, lack this air bubble, making it practically impossible to prevent meteoroid collisions.

How Much Damage can Webb Withstand?

NASA engineers constructed the Webb Space Telescope to withstand micrometeoroid impacts with a million-mile orbit, and high-velocity impacts during its test on Earth. The Webb telescope was put through simulations and impact tests by the engineering team to ensure if the mirror samples could endure the elements.

Unfortunately, the real-world effects that the Webb telescope is experiencing in space are beyond what the researchers could test or simulate on the ground.

The conspiracy did not surprise Paul Geithner, a NASA technical deputy project manager at the Goddard Space Flight Center, who said,“We always knew that Webb would have to endure the space environment, which includes harsh ultraviolet light and charged particles from the Sun, cosmic rays from exotic sources in the galaxy, and occasional strikes by micrometeoroids within our solar system.”

Despite the minor glitch, the James Webb Space Telescope has consistently exceeded expectations since its launch. It will soon be possible to view inside the atmospheres of exoplanets and some of the early galaxies in the universe using infrared light.

NASA’s experts are optimistic that updated analyses and lessons learned from the telescope collisions will enable them to maximize the Webb telescope’s imaging capabilities for many years to come.