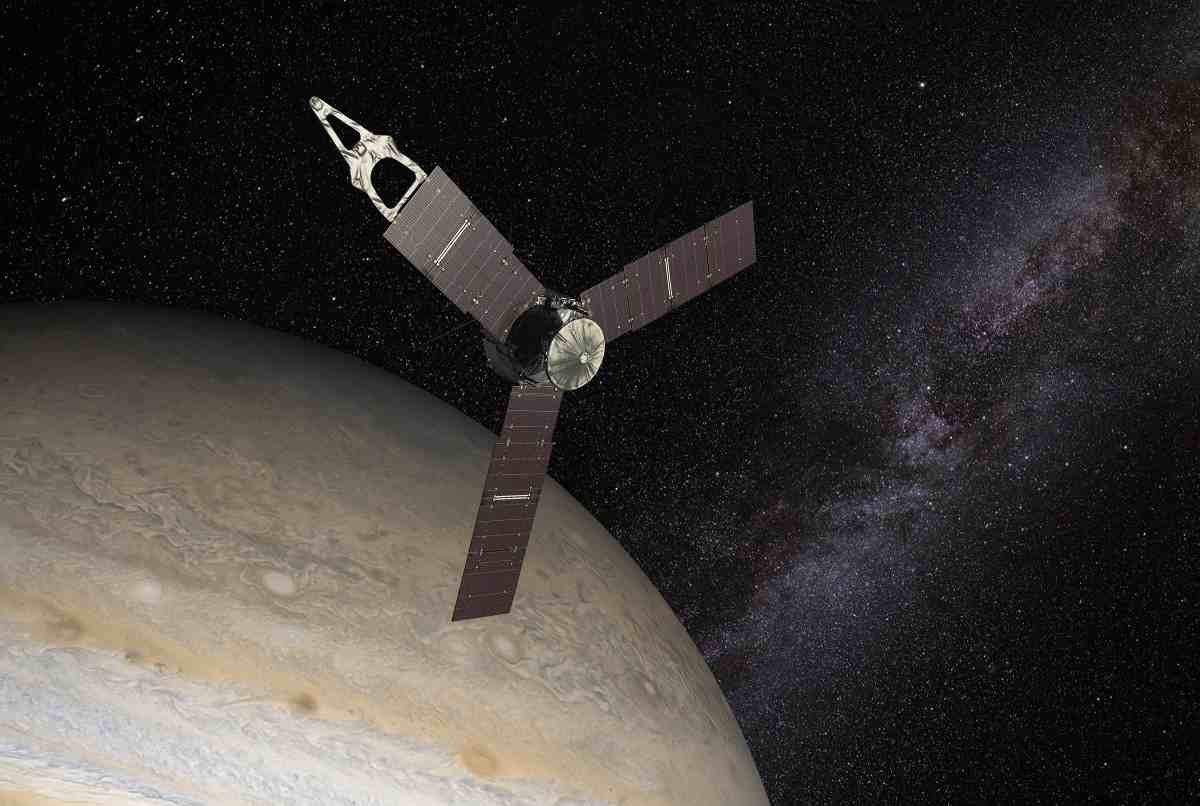 We finally have some idea about Jupiter, the largest planet in our solar system & its workings. All thanks to Juno spacecraft sent by NASA in 2011. Juno shares first 3D view of Jupiter’s atmosphere with us. In this article we will discuss about it’s findings.

It took 5 years for Juno to reach Jupiter’s orbit. It has been circling, monitoring Jupiter since then & sharing us with valuable information. Knowing the workings of Jupiter, which is all atmosphere with no surface is a joy in itself. This information can also help us in knowing the origin & evolution of our solar system.

Do you know the idea behind naming this NASA mission as “Juno”? If yes then skip over this part & continue straight to the description of magnificent Jupiter,If no then learning a bit about Roman mythology will interest you. It also gives you a context for the Juno mission.

Mythological stories tell us how Jupiter was casting a veil of clouds around himself to hide his mischief & Juno, his wife was able to use her special powers to remove that veil, looked down deep into Jupiter to reveal its true nature. In a way, Juno spacecraft does the same thing & that’s where the name comes from.

So let’s have a look at the recent findings of this mission as interpreted by NASA Scientists & professors of top universities.

Jupiter, a gas giant is so massive that all other planets in our solar system can fit into it. Because of its vastness, scientists think it must have been formed first. Studying Jupiter is a first step towards answering big questions about our solar system & universe-

The comparative study helps in understanding similarities & differences between planets which then can lead to a holistic view. We can also draw more information about other solar systems & giant planet formation. Thus studying Jupiter is important.

Earlier we had this image of Jupiter which was taken by the Cassini spacecraft (now plunged into Saturn) in 2000.

We didn’t know how big the red spot is, how deep the belts go & how did the poles look like. Juno has been orbiting Jupiter for 5 years has revealed secrets about Jupiter which you’ll find fascinating to know.

Great Red Spot, a storm so big it could swallow Earth

Great Red Spot, a giant storm wider than the Earth is rotating in a counter-clockwise direction extending up to 350 km.

Colorful belts and zones which change their character with depth

The banded structure of Jupiter is formed by jet streams moving in opposite directions. These winds have a depth of about 3200 km. How these streams are formed is still a mystery. MWR data clues that it is due to the aligned upward and downward movement of ammonia gas.

Leigh Fletcher, Professor from the University of Leicester suggests that these belts change their character & color with depth. As we move deeper we find huge temperature drops similar to what we find in Earth’s oceans. “We are calling this level the ‘Jovicline’ in analogy to a transitional layer seen in Earth’s oceans, known as the thermocline – where seawater transitions sharply from being relative warm to relative cold”, Leigh adds. We are still unaware of the inner workings of these gigantic formations.

A very interesting discovery was the polygonal patterns of cyclones on the poles. While octagon on north & pentagon on the south, these cyclones also oscillate harmonically.

“Jupiter’s cyclones affect each other’s motion, causing them to oscillate about an equilibrium position,” said Alessandro Mura, Juno investigator at the National Institute of Astrophysics.

Thanks to Juno’s infrared mapper that we are able to see very clear images of the actual phenomenon going on at the poles.

Related: What have we learned about Jupiter from Juno mission?

The mystery behind Shallow Lightning on Jupiter

High altitude electric storms in Jupiter’s atmosphere are a mysterious phenomenon. While Earth’s lightning is produced by water-bearing clouds, Jupiter’s lightning is caused by clouds made of ammonia & water. Juno reveals the cause of ammonia-water clouds to be “Mushballs” They are hailstones formed in the Jovian storms.

Have a look at these beautiful images as captured by Juno –

Way ahead for Juno

Juno mission though thought to be completed in 2021, is extended till September 2025. Juno along with studying magnetic fields & the planet’s gravity will now focus more on studying Jupiters’ moons: Ganymede, Europa & IO.