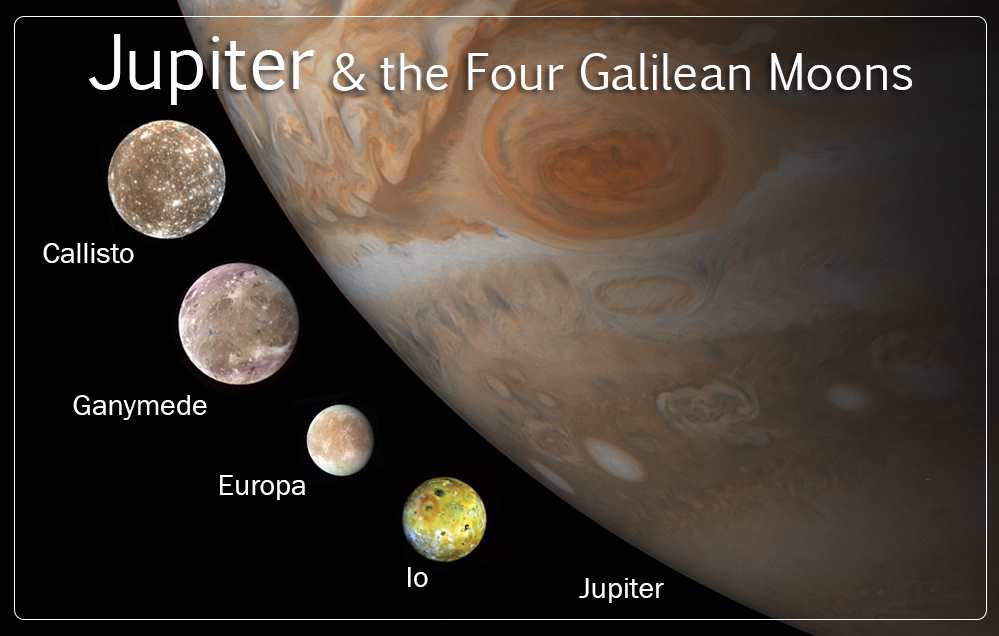 Over the past decades, Jupiter has also been one of the favourite planets that astronomers and space scientists are looking to investigate.

The reasons for interest in Jupiter by astronomers and space scientists are many. Not only Jupiter will answer many questions related to the origin of the solar system and emergence of life, but the presence of water bodies on Jupiter’s three moons (‘Ganymede’, ‘Europa’ and ‘Callisto’) has also caught the eye of various space agencies and has built the enthusiasm in them to explore the Jupiter.

Being one of the largest planets in our solar system and mostly made up of Helium and Hydrogen, it is one of the brightest objects in the night sky after Moon and Venus.

‘Galileo Galilee’ first observed the planet and its moons 400 years ago using his high-powered homemade telescope. The moons discovered by him orbiting Jupiter are known as ‘Galilean moons’ (‘Io’, ‘Ganymede’, ‘Europa’ and ‘Callisto’).

Jupiter has 79 moons orbiting it. Till now, we have 53 named moons of Jupiter, and the rest 26 moons have not been named. The Jupiter moons ‘Ganymede’, ‘Europa’ and ‘Callisto’ have water oceans and are the main targets of study by astronomers and space scientists.

The European Space Agency (ESA) has planned to uncover various secrets of Jupiter and other questions related to the evolution of space by sending “JUICE” spacecraft.

What is Juice And Why is The Name Juice?

“Jupiter Icy Moon Explorer”, abbreviated as “Juice” is the spacecraft in the development phase to explore the Icy moons of Jupiter, and Jupiter itself. The “European Space Agency” has given the contract to “Airbus Defence and Space” company for its design. The spacecraft will be assembled at Toulouse, France.

Features/characteristics And Components Of Juice Spacecraft

The “Jupiter Icy Moons Explorer” is almost 6.2 tons in mass. It is in the final preparation phase and will be equipped with ten scientific components to set upon a journey to Jupiter, including Cameras, ice-penetrating RADAR, Magnetometer, pack of six sensors to study the magnetosphere of Jupiter, electrons, thermal plasma and energetic neutral atoms, UV imaging spectrograph, Altimeter e.t.c.

What is the Juice Mission?